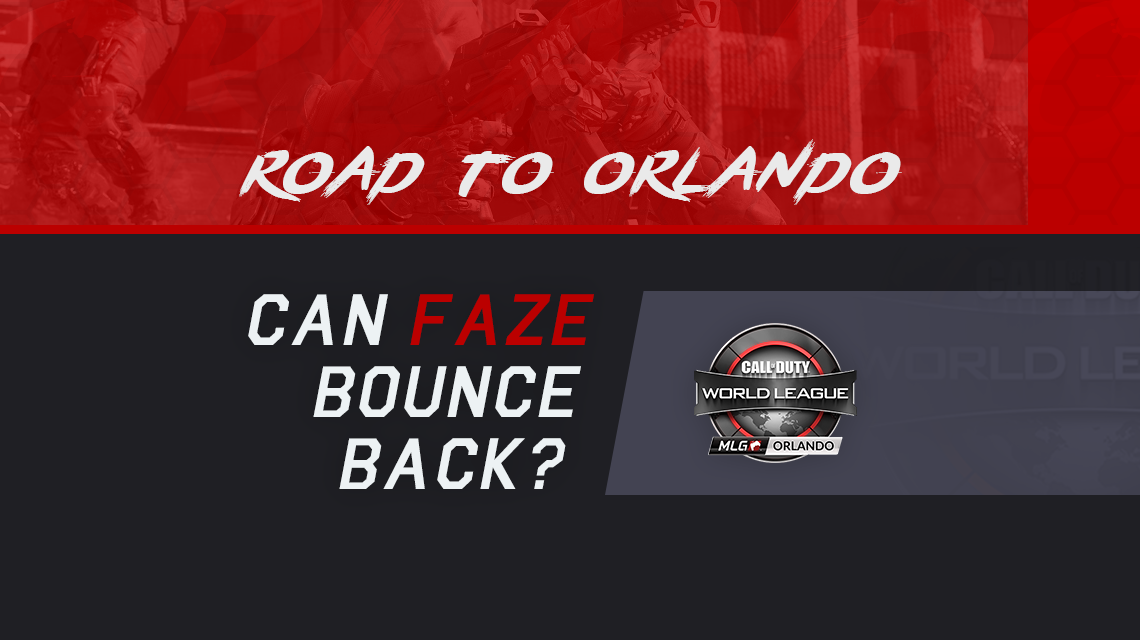 One of the most storied Call of Duty teams ever is going into this weekend with as much uncertainty as ever. After a rocky year, FaZe Clan is looking to get back to their storied domination with a strong showing at this weekend’s MLG Orlando Open. The tournament, a tuneup for next month’s CoD XP Championship, will show if this team is ready to take the next step in this game.

For FaZe, this has been a rough year. Their best showing on LAN this year was a somewhat disappointing fourth place finish at the MLG Anaheim Open, and a top-four placing at the CWL Season One Finals. At the rest of their LAN events, they finished in top-eight on three separate occasions: the CWL Season Two Playoffs, ESWC Zenith, and UMG South Carolina. This has come despite regular online success, placing third in both of the CWL regular seasons online.

For this talented roster, this year’s results have been a big surprise to almost everybody. They have been together for over a year, and in July of 2015, they took home first place at UMG Dallas, followed by a first place finish at the Gfinity Summer Championships. Their struggles this year are in stark contrast of that but it could just be that Black Ops III is not as well suited to their play style.

Faze Clan for MLG Orlando was put into what looks to be the toughest group, Group C, with Rise Nation, a new compLexity, and a to be determined open bracket team. The matchup with Rise will be highly anticipated as both are perennial top teams in the CWL. If FaZe can take care of business against a new and largely unknown compLexity, and defeat Rise, look for them to make a strong run in the tournament.

Regardless of their recent struggles, MLG Orlando is the perfect opportunity for FaZe to return to their past glory. With a strong showing and getting back to their winning ways, a surprise high placing at XP could be inbound. The lineup certainly has the potential to succeed and hopefully for the numerous FaZe fans, they will.

How do you think FaZe will do at MLG Orlando? Let us know by commenting below or tweeting us @GAMURScom.