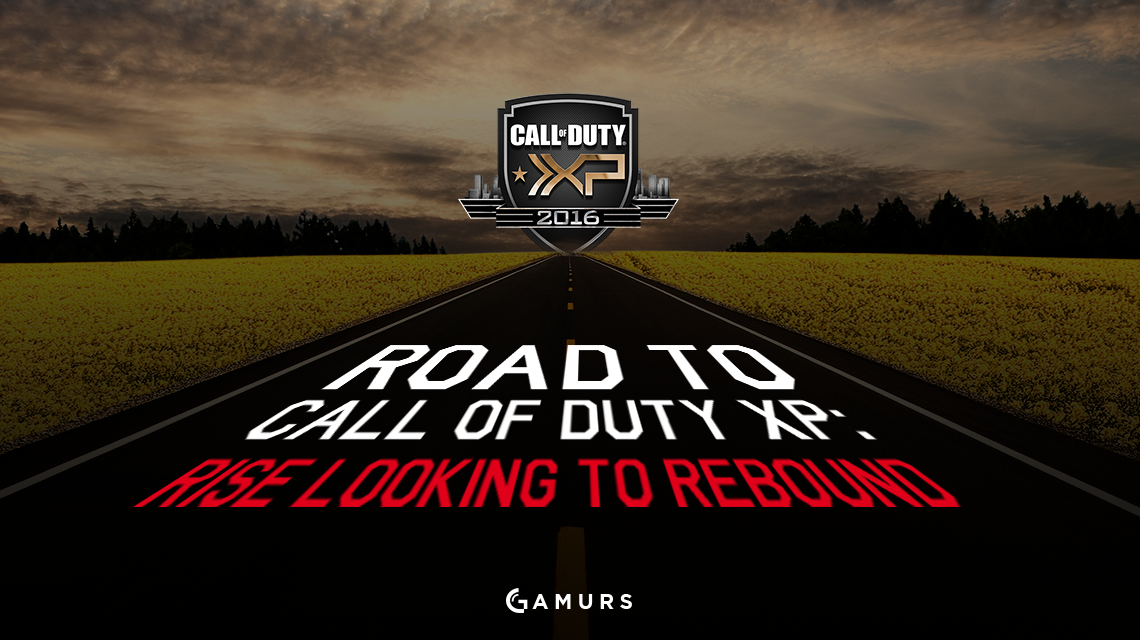 Rise Nation, as a Call of Duty organization, has established themselves as one of the top performing orgs as of late. Throughout the past several titles, the team has consistently defied expectations and performed admirably both on LAN and online. Recently though, the team has struggled with not being able to take the final step and win tournament championships.

Rise started out the Black Ops III cycle with an impressive win in the opening Totino’s Invitational and followed it up with a strong victory at UMG South Carolina. With two opening victories, many thought that they would be able to potentially dominate the game, but instead, they have fallen second fiddle to OpTic Gaming and Team EnVyUs at the remaining tournaments.

The team is composed of Daniel “Loony” Loza, Josiah “Slacked” Berry, Nicholas “Classic” DiCostanzo and Sam “Octane” Larew. One of their strongest areas of play is in their team chemistry; they have been together as a team since October, comprising all of Black Ops III. In a game with incredibly fluid lineups, Rise and OpTic have been a change in the norm, and that change seems to have paid off.

If Rise can continue to play well as a team, Call of Duty XP could be their time to shine. They almost have a Denial-esque quality of being a smaller organization who can show up big time and compete, and in Denial’s case, win the Call of Duty Championships.

In Rise’s most recent performances, they have been shaky, finishing MLG Orlando with a disappointing top-six finish and finishing the CWL Stage 2 Playoffs in top-sixth once again. The team has the ability to dominate and take over games completely, which they must do going into CoD XP. With the biggest prize pool ever in Call of Duty history on the line, everyone from the team must be firing on all cylinders.

Once again, the question on everyone’s mind is can they return to the form they were at for the start of the game. Only three teams in the past two Call of Duty titles have been able to win a LAN tournament OpTic was participating in and Rise is, along with nV and FaZe, one of them. Winning the massive $800,000 first place prize is realistic for only a handful of teams, and Rise, at their best, are one of them.

To get there, they will have to take on what many regard as a very easy group to win. With EU teams Supremacy and HyperGames Team, as well as Apotheon Esports, Rise is the heavy favorite to finish at the top of their group.

A top group finish could prove key for them in seeding and helping them advance. For CoD XP, anything less than a third place finish would not show how well this team has played this year and is the most realistic expectation. The team does have extreme tenacity and will undoubtedly vie for the top spot, and top prize, in all of Call of Duty.

What do you think of Rise Nation’s chances at Call of Duty XP? Let us know in the comments below and be sure to follow all the action on our twitter, @GAMURScom.