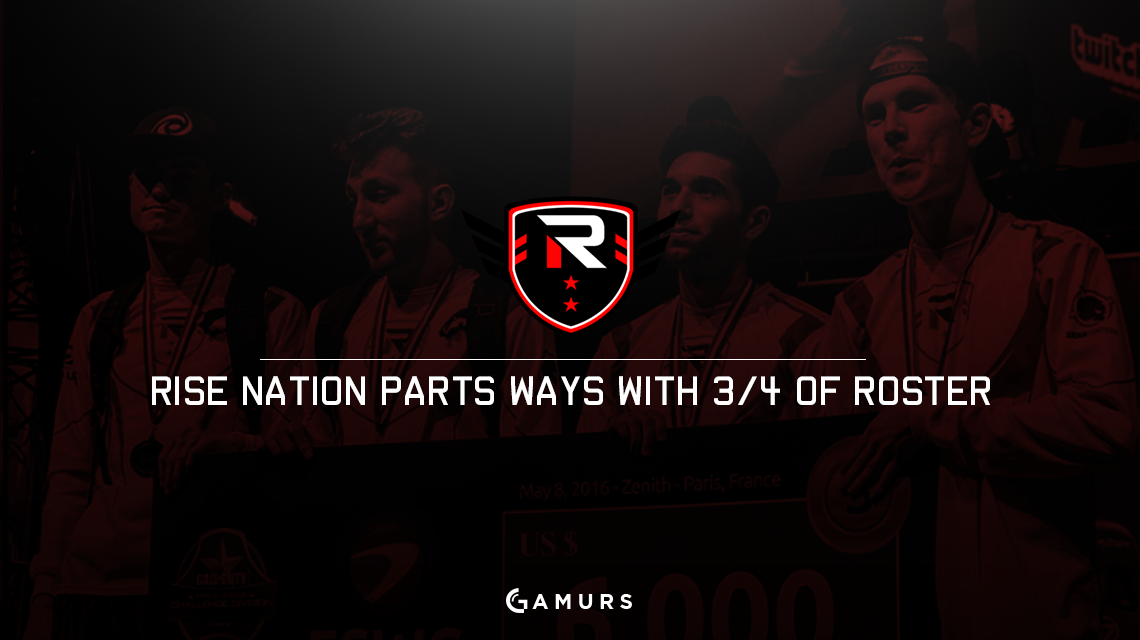 Rise Nation has announced that the organization will be parting ways with Josiah “Slacked” Berry, Sam “Octane” Larew, and Nicholas “Classic” DiCostanzo. The trio leaves behind Daniel “Loony” Loza, the captain of Rise Nation.

After teaming for all of Black Ops 3, Classic, Octane, and Slacked have decided to part ways with Loony and the organization.

Those four players competed together under Rise Nation for the entirety of the Call of Duty: Black Ops III title, but they have now decided to go their separate ways heading into the Call of Duty: Infinite Warfare competitive cycle.

Rise showed their strength in the earlier tournaments of Black Ops III, with championship wins at the Totino’s Invitational and UMG South Carolina. Later in the year, the squad placed second in the North American CWL Stage One Playoffs and third at ESWC Zenith 2016 and MLG Anaheim. They also placed top-four at the North American CWL Stage Two Playoffs. Towards the end of Black Ops III, they placed top-six at both MLG Orlando 2016 and at the 2016 Call of Duty World Championship.

Let me know if you want to team. Need 3 new players under Rise.

The Loony-led quartet won a total of $222,340 throughout the Black Ops III cycle in both online and LAN competitions. This year signified Rise Nation’s most successful year in Call of Duty to date.

With Loony at the reins of a now-renowned organization, could he be able to maintain the level of success Rise has felt? It may rely entirely on the players he adds to the roster. The release of Infinite Warfare is exactly one week away and it seems that another “Rostermania” is among us. ‘Tis the season.

What do you think of the recent changes to Rise’s roster? Shoot us a tweet @GAMURScom or comment below with your thoughts.