Gunless and crew are your back-to-back champs. 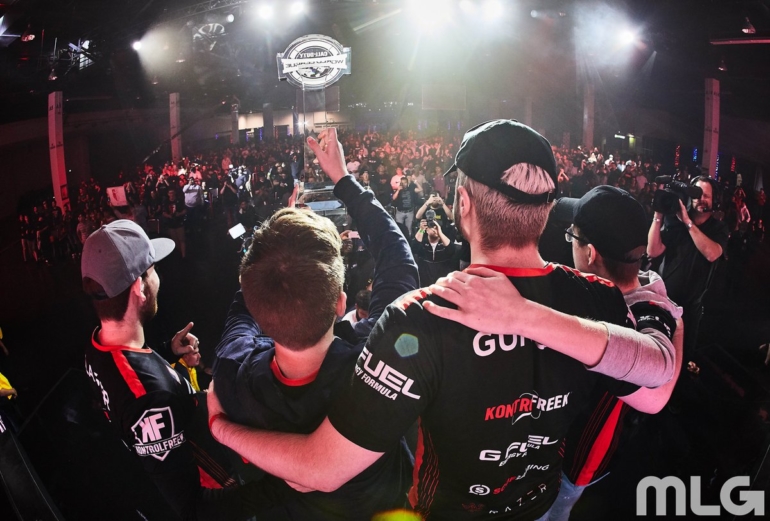 Rise Nation have emerged victorious at the 2018 CWL Anaheim Open, securing $80,000 and the glory of winning one of the most historic annual events.

Despite a valiant effort by Red Reserve in the grand finals, Rise Nation walked away with the championship after two intense series. Peirce “Gunless” Hillman was a big part of his team’s win, evident by the ASTRO Gaming MVP award he earned following Rise’s victory.

In pool play, Rise finished first in Pool B at 3-1 with a 9-4 map count. Although they dropped a series to Team Kaliber to kick off the tournament, Rise still won their group and punched a ticket into the championship winners bracket.

There they first faced off against Splyce, who they swept. Rise then took on UNILAD, who they also beat 3-0 in a hard-fought series.

That win pushed Rise into the winners bracket finals, where they met Red Reserve. The two teams went to a game five, but Rise came out on top in the end. That result was eventually repeated in the grand finals when the two teams had their rematch.

Red took the first grand finals series, but due to Rise’s winner bracket advantage, the Europeans had to try to win an additional series to take the CWL Anaheim title. Unfortunately for them and their fans, the Americans were victorious, defeating Red in four games to win the 2018 CWL Anaheim Open.

This open tournament win is Rise’s second in a row with this current lineup after winning CWL Seattle in April. Since then, the team proved to be the best squad in Division B of the CWL Pro League through the first half of Stage Two, and now, they’ve defended their spot at the top of the Call of Duty World League with another $80,000 win.

The biggest CoD event of the summer is in the books, but there’s still much more to come this season. The second half of the CWL Pro League’s second stage awaits and the biggest event of the year, the $1.5 million Call of Duty World League Championship, is just a few months away.