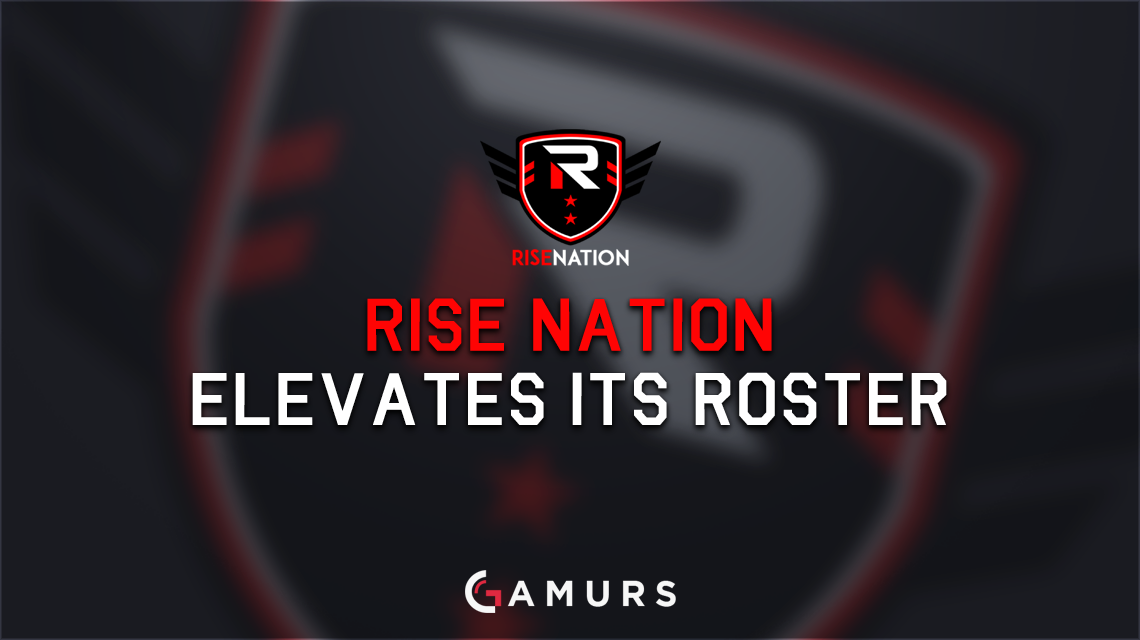 Rise Nation has bought out the contracts of Ulysses “Aqua” Silva, Brice “Faccento” Faccento and Tyler “FeLonY” Johnson from Elevate. The organization will also be keeping Daniel “Loony” Loza to round out the roster.

Yesterday, Aqua tweeted that these four players would be teaming together. At the time, however, it appeared that they would be playing under the Elevate banner. The deal was not set in stone, as mentioned by an Elevate representative in the article linked above, but the organization was confident that things would go through.

Now, as made clear by both Rise and Elevate, the roster will be playing for Rise Nation.

How good could this Rise Nation roster be? Let us know your thoughts in the comments below or tweet us @GAMURScom.