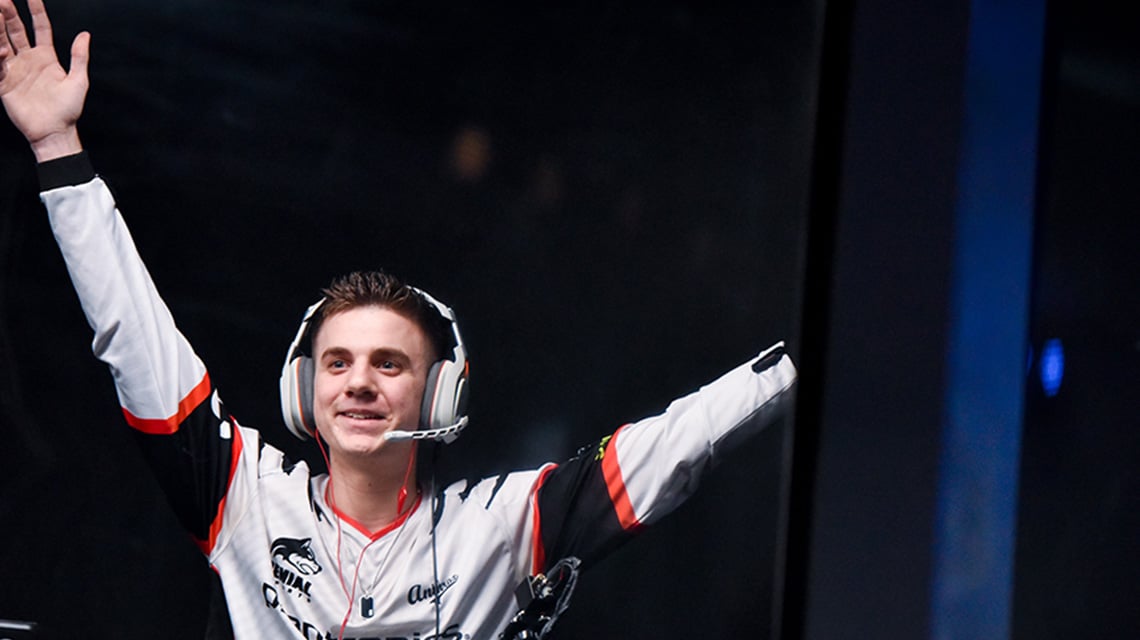 Since competing in his final LAN event, Replays has become the new coach of FaZe Clan, one of the top teams in Call of Duty. Replays actually played for FaZe at the end of Call of Duty: Black Ops II and the beginning of Call of Duty: Ghosts, so this was somewhat of a homecoming for the Call of Duty veteran.

Replays also later played on Denial with two additional members of the current FaZe Clan roster– James “Clayster” Eubanks and Dillon “Attach” Price. This iteration was able to achieve the ultimate goal in Call of Duty: winning the 2015 Call of Duty Championship and taking home $400,000.

Replays told Dot Esports that it’s a great experience to coach several players who he saw so much success with throughout his own professional career.

“It’s definitely rewarding,” Replays said. “It’s awesome to see their progress as a player and person. Even as a player, I was always considered a leader, so [coaching] isn’t too different, but it’s definitely pretty cool.”

While Replays enjoys his time as FaZe’s coach, watching his team fuels his passion to compete. But toward the end of his career, Replays said he felt less into Call of Duty than before, and he didn’t want to put that on other teammates. Although Replays chose to retire, this didn’t affect his desire to compete.

“I’m a competitive person no matter what I’m doing, so the competitive drive is definitely there,” Replays said. “I don’t really wish I was playing still though, because it became more of a chore instead of something I wanted to do. I play other games, and I’m still competitive, so the drive is there, but just not at a professional level.”

This competitive drive helped propel Replays to his two major LAN championships and several other top placings throughout his career. Replays said that winning CoD Champs in 2015 was a life-changing experience, especially with his mom in the crowd cheering him on. But, on the other hand, Replays’ first event championship still holds a special place in his heart.

“The most memorable event of my life, in my opinion, is still when I won UMG Dallas with Denial,” Replays said. “Even though Champs was an awesome experience that changed my life completely, it wasn’t my first event win. When you grind so long and so hard for an event win, especially when you’re an underdog, and it finally happens, it’s pretty cool.”

Although Replays might not be playing in championship matches anymore, he gets to look forward to helping FaZe Clan hoist a few trophies in the future.

But, a lot has changed in the short amount of time since Replays was last competing on the largest Call of Duty stages across the globe. Replays said that right at the very end of his career, professional Call of Duty started to get a lot more professional, especially in terms of organizations and contracts.

This is important to Replays, because he thinks the growth of the scene makes it easier to ensure that every professional player is being properly taken care of.

“To be playing and only relying on tournament winnings is pretty tough if you aren’t doing well,” Replays said. “I was fortunate enough to do pretty well, but some players aren’t. To have players protected by their contracts and salaries, and making sure they are being taken care of, has always been a big thing of mine and I’m happy to see that happening now.”

Replays will try to make sure that he’s taking care of his players in and out of the game when FaZe Clan heads to Columbus, Ohio on April 28 for the team’s week of play in the CWL Global Pro League.