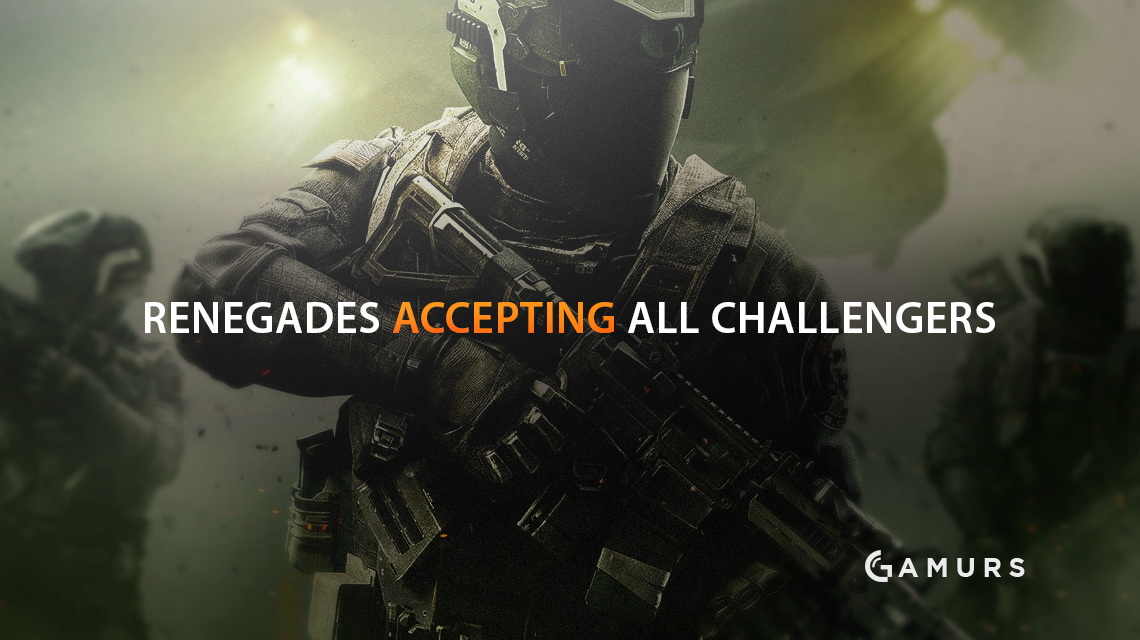 The Detroit Renegades Call of Duty team is now accepting challenges on Infinite Warfare. The organization extended the invitation to anyone daring enough to accept it, and fans are already attempting to find teammates to take the professionals down. Successful teams will earn themselves prizes, such as Renegades jerseys and other team merchandise. According to the team, all of the action will be streamed.

Renegades, recently purchased by Boston Celtics basketball player Jonas Jerebko, entered the Call of Duty scene this year after buying out the former Dream Team roster who was slated to attend the 2016 Call of Duty World Championship. The team performed below expectations at the event and made a single roster change ahead of the new season on Infinite Warfare, replacing Adam “KiLLa” Sloss with Andrea “Ivy” Ivers. The rest of the roster consists of Martin “Chino”, Steven “Diabolic” Rivero, and Troy “Sender” Michaels.

Earlier today, Renegades was invited to the 2016 PlayStation Experience, where an eight-team invitational Call of Duty World League tournament will take place. The event will be the first official Call of Duty World League LAN of the year and will be used to outline the format going forward. Other teams attending include Splyce, the European squad who placed second at the CWL Championship this year, and Evil Geniuses, who allegedly just picked up a team for the first time in two years, among others.

Can you and your team defeat the Detroit Renegades? Accept the challenge and let us know @GAMURScom.