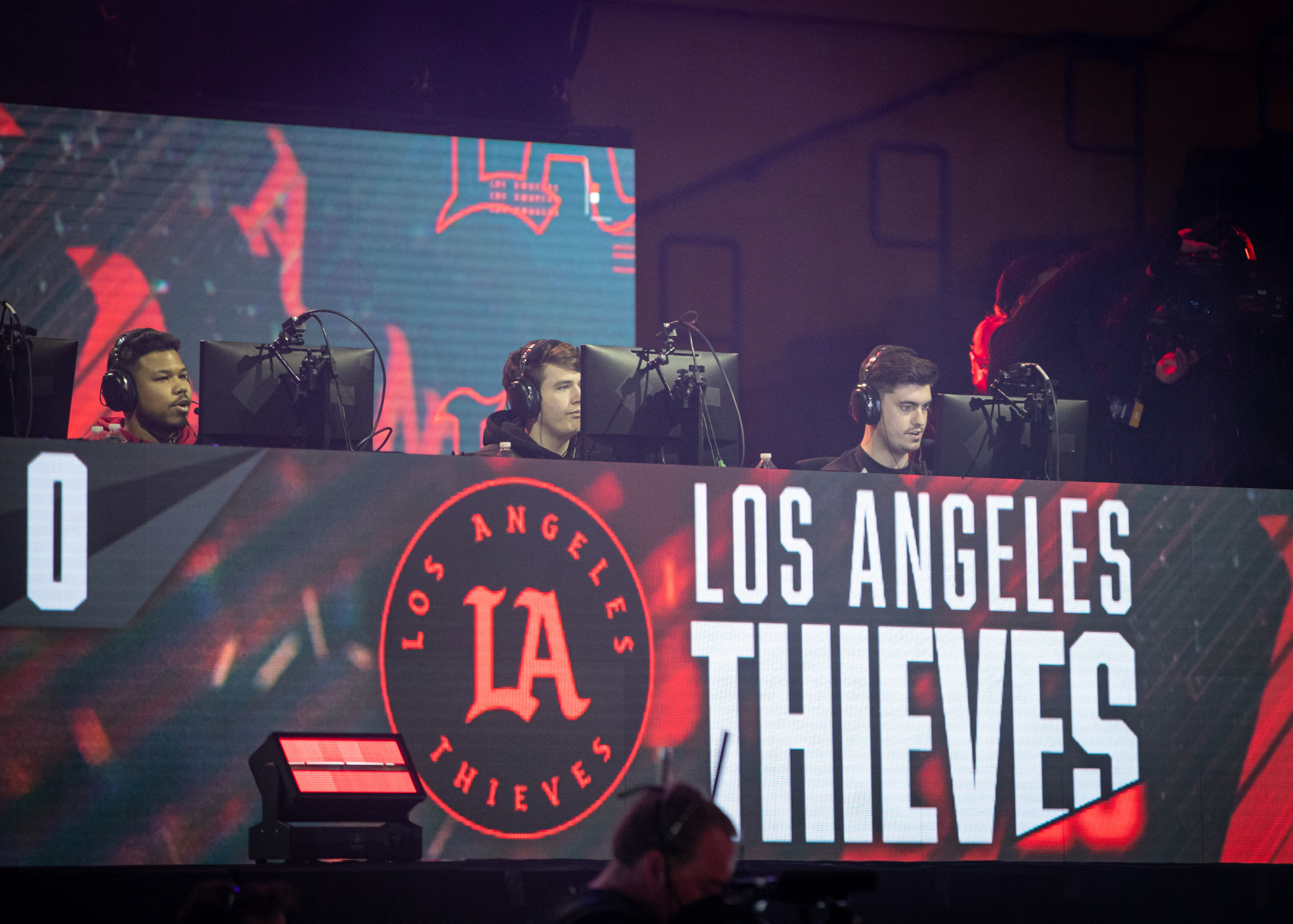 The Los Angeles Thieves kept up their momentum from Major Four today to send the Boston Breach to the lower bracket at the 2022 Call of Duty League Championship with a 3-2 win.

The CDL Major Four champions were able to replicate some of the success they had in New York last month by holding Boston Breach back and bringing them one step closer to elimination. Last year, the Thieves were eliminated from Champs early, but now, they are one step closer to bringing home the title.

Boston opened up the series with an impressive performance on Tuscan Hardpoint, which had been a solid map for the Thieves at the prior event. The Breach caught the Thieves off guard and beat them to several rotations, eventually giving them the lead. That lead continued to grow until Boston eventually secured map one 250-181. TJHaLy had a solid opening with a 1.29 KD, 31 kills, and 3,570 damage on Tuscan.

What won the L.A. Thieves series consistently in New York was their lights-out performances in both Search and Destroy and Control. These two modes were perfectly polished by the Thieves and that same polish was shown in their matchup against Boston. The Thieves took the second map on Desert Siege Search and Destroy with a 6-4 win that felt much closer than the score leads to believe. Drazah made the difference for L.A. with 12 kills and just five deaths for a 2.4 KD. But on the Control, Boston Breach reigned supreme again, taking map three in a dicey round five to move to match point.

Another Hardpoint went in favor of the Thieves the second time around. L.A. maintained the lead early on and held that lead on Berlin.

The Breach tried their best to close out the map and take the series 3-1 but it was the Thieves who forced the tie to bring this match to a final map five. Tuscan Search was the final map of the series and it went all the way to a round 11 as the Breach continued to push the former champions to their near breaking point.

The Thieves stayed icy despite Boston’s efforts and were able to close out the last map 6-5 to win the series 3-2. L.A. will remain in the winners bracket at CoD Champs 2022, while Boston now drop down to the lower bracket.