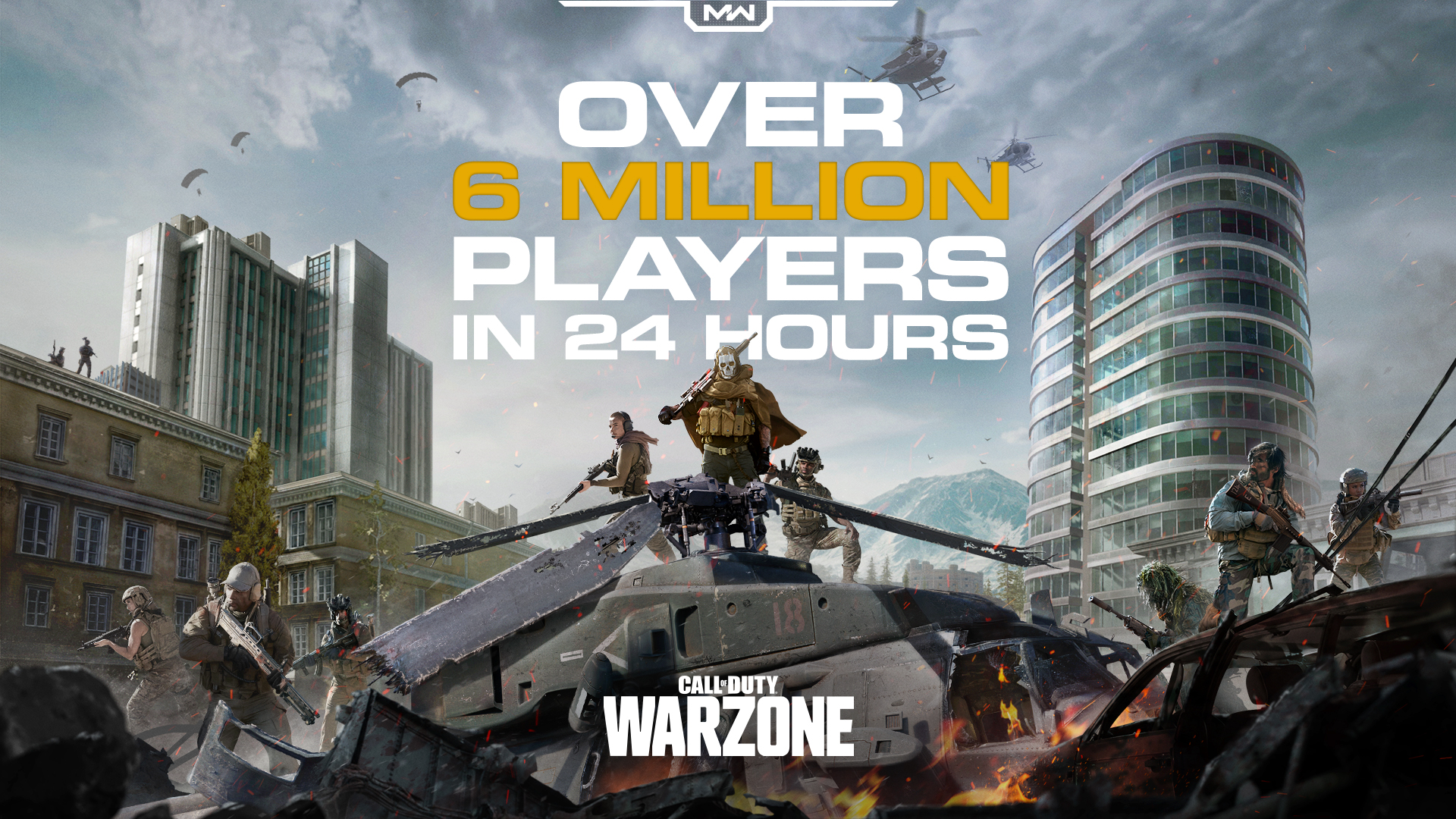 Call of Duty: Warzone, Infinity Ward’s free-to-play battle royale game, released to great anticipation March 10, and it turns out many wanted to drop into the new game.

More than 6 million players downloaded Warzone in the first 24 hours since release, Activision announced today. Even players that didn’t own Modern Warfare were able to download the BR game without charges, although there was a delay to when they could begin playing.

While it shouldn’t be too surprising how many have decided to play Warzone, considering the popularity of the Call of Duty franchise and the battle royale genre in general. But the reviews have been pretty positive, too.

Related: How does Call of Duty: Warzone stack up to other free-to-play Battle Royales?

Twitch streamer Dr Disrespect praised the game’s map design, while other personalities have dedicated hours and hours into Warzone.

Infinity Ward, which launched the game with only a trios mode, but it has already said it is testing teams of four and five, however, IW has not indicated it will include a solos mode yet.