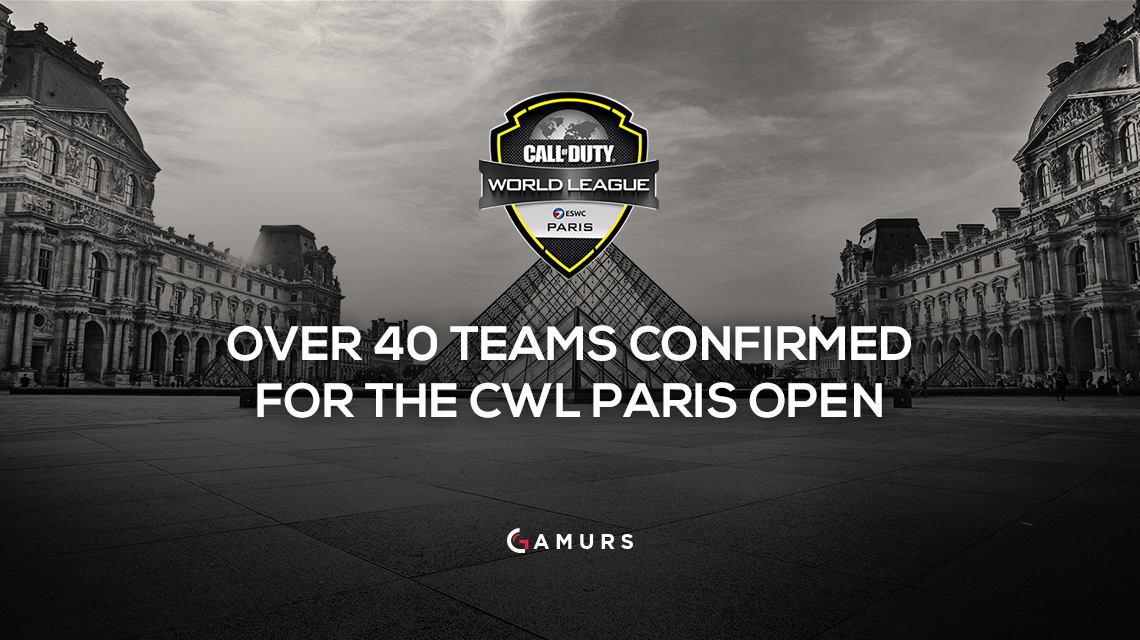 The teams who will be participating in the next ESWC event have been confirmed. The Esports World Cup (ESWC) will be hosting the Call of Duty World League 2017 Paris Open from Feb. 17-19. As of Feb. 2, 41 teams have registered to compete in the French event, which will take place in the Paris Expo Porte de Versailles in Paris, France. There are 35 open bracket spots left to fill for the event.

Many of the set teams reign from countries all over Europe, such as Germany, Spain, France, Austria, Italy, and the United Kingdom. Twelve teams originate from the UK and two are from Germany. Austria, France, Italy, and Spain all have one team representing their respective countries so far. Those teams include:

On the North American side of the participating teams, a total of 19 teams will have the stars and stripes on their jerseys in France in two weeks. Canada only has one team prepped for ESWC so far. The teams that will be traveling across the pond for the event include:

More information on how to register for the CWL event can be found by following this link. The tournament is also exclusively reserved for players above the age of 18.

How do you think the CWL Paris Open will pan out? Tell us your thoughts below or with a tweet @GAMURScom