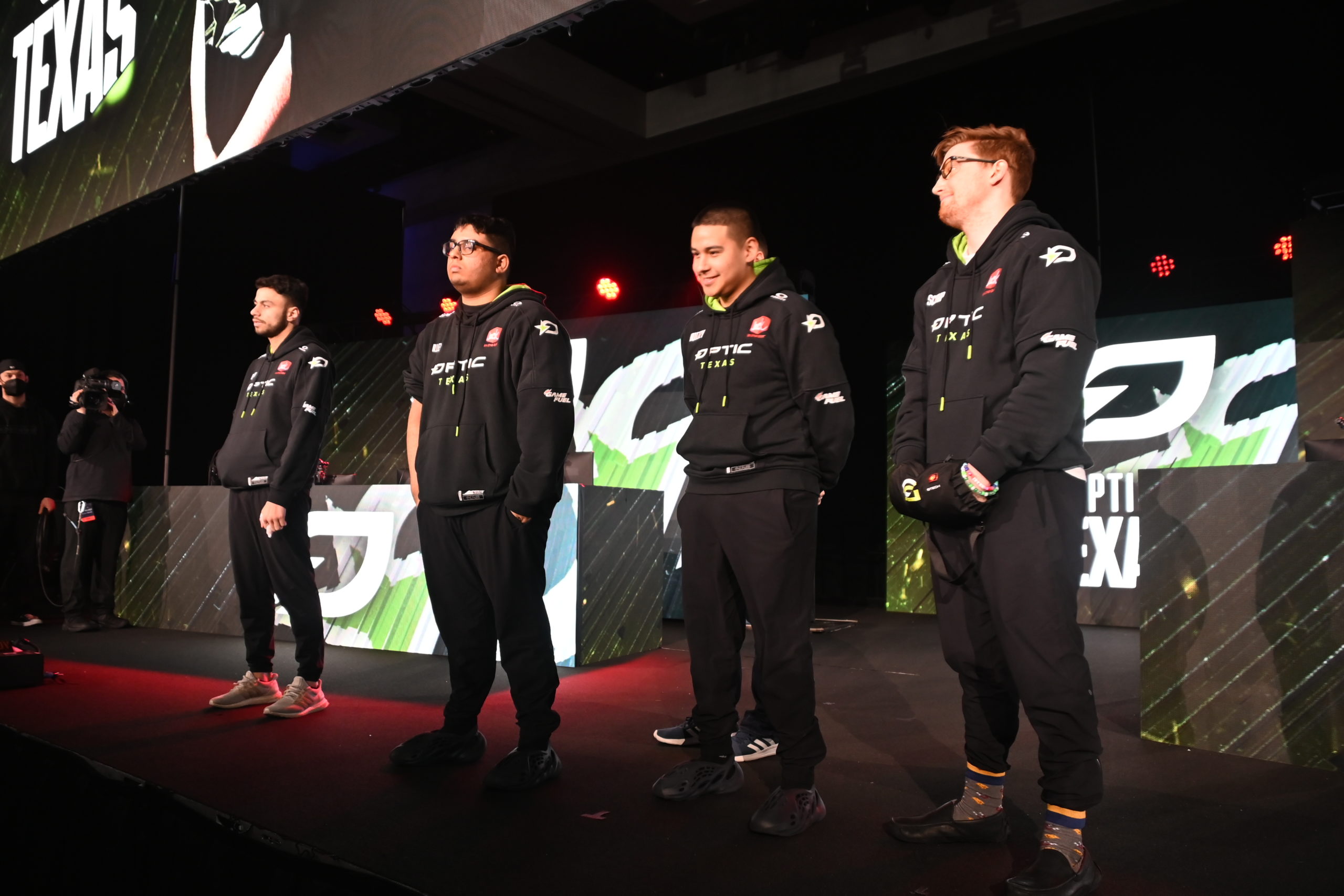 OpTic Texas are moving on at the Call of Duty League Pro-Am Classic after beating Atlanta FaZe today despite having a substitute player.

OpTic came into the Call of Duty League’s Pro-Am Classic without iLLeY, who had an injury to his thumb and was unable to play after their first pool play match. General has filled in for the team, playing the majority of OpTic’s matches in group play and helping bring home a 3-2 win over the Atlanta FaZe.

Atlanta started out with a strong Hardpoint on Gavatu and took the first map 250-100. Both Simp and aBeZy maintained better than a 1.5 K/D on the map, making it difficult for OpTic to get a foothold early. It was OpTic’s Shotzzy who was the difference-maker in map two, however. He notched 10 kills with only five deaths to give Texas a 6-3 victory on Tuscan Search and Destroy.

Control on Berlin showed OpTic’s weaknesses with their substitute. General was unable to get things going, while FaZe ran around the map with ease. Despite losing one round, FaZe took a 3-1 victory on Control to go up 2-1 in the series.

That lead wouldn’t last long, however, with both teams battling it out in an incredibly even Tuscan Hardpoint. OpTic pulled away at the very end to win 250-244 and bring the quarterfinal to an all-important game five.

Search and Destroy on Berlin would decide which team would continue at the Pro-Am Classic. FaZe took the first two rounds, but OpTic held their own to win four-consecutive rounds and push things in their favor. They used that momentum to close out the map with a 6-4 win over FaZe.

OpTic advance to the semifinals of the 2022 Pro-Am Classic, where they await the winners of the quarterfinal match between the Boston Breach and L.A. Thieves.