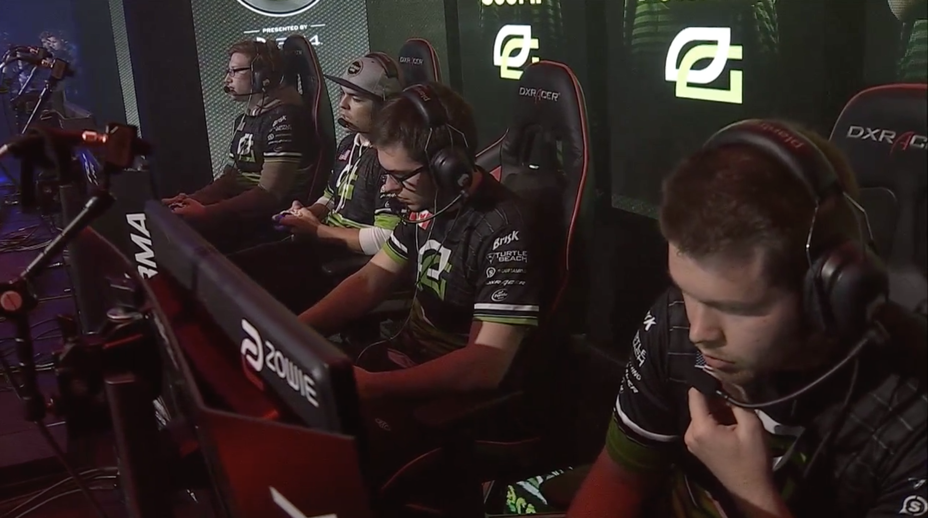 A classic rivalry was renewed earlier tonight as OpTic Gaming took down Team EnVyUs on the first day of Group Green in the Call of Duty World League Global Pro League.

The Green Wall was dominant in Search and Destroy on the first day of Group Green as they lost a total of five rounds across three maps en route to a 2-0 start.

Related: Here’s what you need to know about Group Green in Stage 2 of the CWL Global Pro League

In the final match of the night, the eClasico was reborn with OpTic Gaming squaring off against Team EnVyUs. The boys in blue entered this matchup 1-0 after a surprising 3-1 victory over Epsilon—a series in which EnVyUs won both Hardpoints.

And EnVyUs carried this trend over into their matchup against the Green Wall as they were able to take both Hardpoints against OpTic. The boys in blue began the series with an impressive 250-193 win on Breakout Hardpoint, but OpTic responded with a dominant 6-1 showing on Throwback Search and Destroy. OpTic carried that momentum into Precinct Uplink, which they won 7-4, before EnVyUs bounced back with a 250-181 victory on Scorch Hardpoint.

The boys in blue did a great job forcing game five, but they were unable to compete with the Green Wall in Search and Destroy. OpTic dominated Breakout Search and Destroy 6-1 to close out the 3-2 series win over EnVyUs and secure the top spot in Group Green after day one.

EnVyUs currently sit in second place at 1-1, while Cloud9 is in third after their impressive reverse sweep against Epsilon. The Europeans, on the other hand, are shockingly 0-2 after the first day of Group Green in Columbus, Ohio.

We’ll see the two 1-1 teams battle it out to kick off Saturday’s action when Cloud9 and Team EnVyUs go head-to-head at 2pm ET.