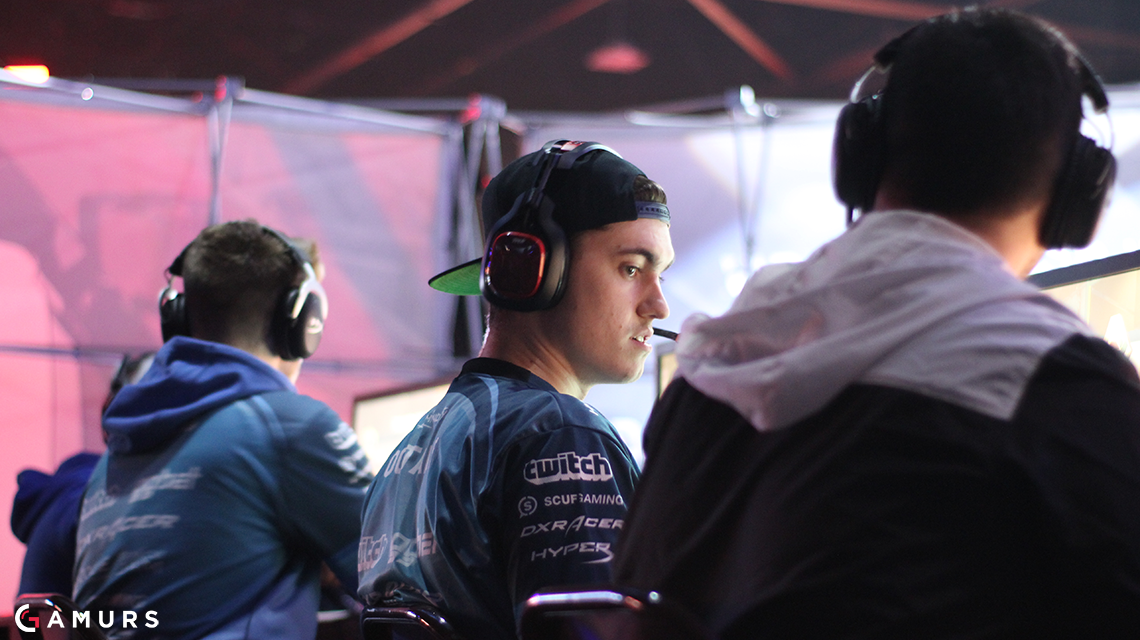 Earlier today, Luminosity Gaming concluded their tournament run at CWL Atlanta with a fourth place finish, losing a highly-contested 3-2 series against OpTic Gaming in the seventh round of the losers bracket.

The roster consisting of Sam “Octane” Larew, Nicholas “Classic” DiCostanzo, Josiah “Slacked” Berry and Renato “Saints” Forza put on quite a performance over the weekend, starting with their 4-0 perfect record in pool play.

Octane reflected on this entire tournament as a whole, starting with what he thought contributed to his team’s strong showing in the group stage.

“We actually didn’t lose an SnD in pool play,” Octane said. “Our respawn was good, our SnD was good, and we were 4-0, so we had a huge momentum swing in our favor. We hit bracket play, beat Rise and had all of the momentum going into today.”

As Octane said, Luminosity went on to defeat Rise Nation, the defending champions, in the first round of the championship bracket. Octane, Classic and Slacked all went up against former teammate Daniel “Loony” Loza, the captain of Rise, as Luminosity earned the 3-1 series win.

Earlier this weekend, Slacked told us that he thinks one of the biggest adjustments his team had to make was playing Search and Destroy without Loony. Slacked added that he thinks his team also improved their small talk, and as a result, improved their SnD gameplay. When talking to Octane, he immediately agreed with Slacked on both of these points.

“100 percent; I agree with that,” Octane said. “Danny was really the in-game leader when it came to our SnD. But, with Nato’s presence, he’s a little bit more gunskill-heavy, so we have to direct him on where to go. We’ve all taken over that leadership position, especially at this event, where our small-talk has really improved. When we had Danny on our team, we all listened to him, but now it’s like an overall team input, with three or four guys saying what they think, so I think that has produced a lot better results.”

After defeating Rise on Saturday, Luminosity began Championship Sunday with a showdown against Team EnVyus. It was an extremely close series, but EnVyUs emerged victorious with a 3-1 series win. Luminosity was sent down to the losers bracket, where they defeated Team Infused 3-0 before falling 3-2 against OpTic.

Despite earning a fourth place finish, Octane was very direct when giving his thoughts on this event as a whole. “Our overall placing looks good on paper, but is bad personally,” Octane said.

On the other hand, for most North American teams, including Luminosity, this was their first event since the OSA and Synaptic (aka Skinny Bot) combat rig were banned. Comparing the old meta to the new one, Octane definitely said that he enjoys playing his style more with both of those items removed from competitive play.

“In the OSA and Skinny Bot meta, I actually had to switch to using the OSA because the NV4 was essentially useless,” Octane said. “So now, a lot of teams use three or four KBARs, which I really do prefer since I like to play a little bit more slow. It’s more of a 1v1 battle like it used to be in Black Ops III. I like [the new meta] because it allows me to post up more and people aren’t constantly in my face at all times with [the OSA].”

Looking ahead to the CWL Paris Open next weekend, Luminosity will not have their set roster, as Casey “Pandur” Romano will be standing-in for Saints. Octane used to play with Pandur a while back, so this isn’t completely uncharted territory for him; and he is definitely looking forward to playing with old friend once again.

“I really don’t have any expectations, and that’s the truth,” Octane said. “I don’t know what’s going to happen at ESWC, but I’m looking forward to it. I haven’t played with Casey in a long time, so I’m going to enjoy it, regardless of the placing that we get, which is what I care about. We got a top-four placing here, which is really good for us pro point-wise for the League later this year, so as long as we do well and don’t get completely destroyed early at ESWC, we should be in a good spot.”

Overall, Luminosity truly had a great performance in Atlanta; although Octane might not be personally satisfied with the result, his fourth place finish helped Luminosity earn a good chunk of pro points, which will be crucial down the road. Luminosity has noticeably improved since Vegas, and if they continue on this upward trend – leaving Paris as an outlier – this squad could see continued success throughout the rest of 2017.

What were your thoughts on Luminosity’s performance at this event? Let us know by tweeting us @GAMURScom.