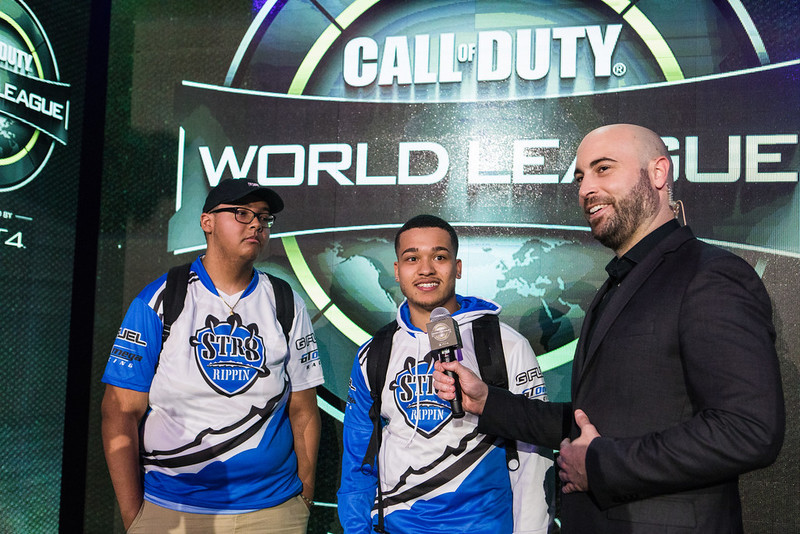 This is a part of a series of previews on some of the lesser-known team competing at this week’s Call of Duty World League Championship. Earlier, we previewed the European and Asia-Pacific regions as well.

Unlike many other esports titles, Call of Duty’s strongest region is North America. An NA team has won each of the previous four world championship tournaments. Furthermore, there has only been one European team to ever compete in the grand finals of the world championship—Splyce, in 2016.

With the way things went for the EU and Australian teams in July, it looks like there will not be a foreign team in the finals of this year’s Call of Duty World League Championship. There may not even be many teams that make it past the group play stage and if they don’t, some of these teams will.

3sUP had a few close calls in the NA LCQ, but they still managed to qualify by defeating Amity Esports and HavoK Esports in five-game series.

The team has experience on their side as Steve “Mochila” Canle, Michael “Swarley” Carter, and Cole “ColeChan” Chancey all played in last year’s Call of Duty World League on teams such as Cloud9, TSM, and compLexity Gaming. Anthony “DraMa” Padilla, despite being the most inexperienced of the bunch, has been rather successful in IW. While on GosuCrew Blue, the team were one map win away from qualifying for the Global Pro League.

Since their qualification for the world championship event, 3sUP has drawn quite a bit of attention to themselves due to some tweets (they have since been deleted) that called each other out for a lack of desire to practice and improve as well as in-game bickering.

Due to the return of James “Replays” Crowder to competitive play, EF is the only LCQ team in this year’s tournament that has a previous world champion on their roster.

Replays, as a part of Denial Esports, won the 2015 title but the veteran retired just one year later. Now, Replays is back and gunning to join Jordan “JKap” Kaplan and Damon “Karma” Barlow as the only players in history to win two world championships.

Echo Fox proved that they were ready to compete at the NA LCQ as they dominated Fallen Godz and defeated HavoK Esports. In their first game against Fallen Godz, EF defeated them 250-6 in the largest blowout known in CWL history.

Lethal snuck into the CWL Championship and became the final team to qualify for the tournament by defeating Pnda Gaming in a game five, round 11 scenario after being down 5-2 on Breakout Search and Destroy.

This will be the second appearance at the CWL Championship for two players, as Robert “JuJu” Lamkin and Nick “Hate” O’Connor finished top 24 together as a part of Lethal last year.

As one of the most underrated NA teams coming into the tournament, Projekt Evil has a very real possibility of turning some heads. The team features some of NA’s best young talent and seemingly has the focus to overcome the obstacles in their way at the CWL Championship.

With teams like Elevate and Mindfreak Black in their group, it’s very possible to see Projekt Evil make it into the championship bracket.

Rogue is in a tough position at the CWL Championship. They have a shot at making it through to bracket play, but they have to go through two deadly but sometimes inconsistent teams in Enigma6 and Cloud9.

Both C9 and E6 have the talent to place top six at any given event, but poor showings by individual players have held them back from realizing their full potential. If that happens again in group play and Rogue can capitalize on it, they have a very real chance of stealing a second or even first place spot in Group H.

If the two top teams do come out on their game though, it’s probably going to be a quick tournament for Rogue.

Str8 Rippin is arguably the strongest LCQ team coming in to the CWL Championship. With the young and phenomenal pairing of Brandon “Dashy” Otell and Donovan “Temp” Laroda, Str8 is expected to be able to make it past their tough group.

The team’s group will definitely be difficult, though, as it included both Evil Geniuses and Fnatic. The three teams seem very evenly matched coming into the tournament, so it will most likely come down to how well former OpTic Gaming and Cloud9 player Richard “Ricky” Stacy can perform.

Although Team Allegiance will cease to exist following the Call of Duty World League Championship, it’s likely that this team will be able to make a name for themselves at the $1.5 million event.

ALG was the only team at the NA LCQ to not drop a single map as they swept both Edax Pro and Lethal.

This is not the Team Kaliber of old. Although Jevon “Goonjar” Gooljar-Lim and Dylan “Theory” McGee still lead them, TK is a lot different from the uber popular and successful team that started out in Black Ops II.

This TK has failed to break top eight at any open event this year despite a relatively stable roster. Their LCQ run was also tougher than expected as they were knocked into the losers bracket by HavoK in the first round. Fortunately, they were able to make their way into a qualification spot.

These eight teams have a much better shot at making it through the group play stage than their EU and APAC counterparts due to the NA talent pool being deeper and more talented overall. Teams like Projekt Evil, Echo Fox, Str8 Rippin, and Allegiance have very real chances at placing within the top 16. The other four will have a tougher time doing so.

As stated previously, Evil has a struggling Elevate team and an internationally inexperienced team in Mindfreak Black to compete with for the second spot behind Team EnVyUs, assuming that the top seed keeps up their solid play from Stage Two.

Echo Fox is in the toughest group in the tournament, but the task of placing top is still doable. Epsilon Esports did not have a good showing at all in Stage Two of the Global Pro League and 3sUP didn’t show they were a great team at the LCQ. EF has to take advantage of any opportunity they get in their group.

Str8 Rippin also has a pretty difficult group. Fnatic has kept improving all year long and recently placed top six in Stage Two while Evil Geniuses is a very good Search and Destroy team with the talent to match most teams in the world. If EG improved their respawn game, it may be too difficult for Str8 to make it through.

Allegiance will most likely be competing with Red Reserve for the second spot in Group E behind FaZe Clan. Red is a very good and tactical Search and Destroy team, something that ALG will probably struggle with. Allegiance is a good respawn team though, so they are a better match for Red than most would think.

Although Europe has had their best Call of Duty season in history, it’s likely that we see very few EU teams make it out of groups. With the incredible talent that the NA LCQ teams possess, the championship bracket may be almost exclusively North American.