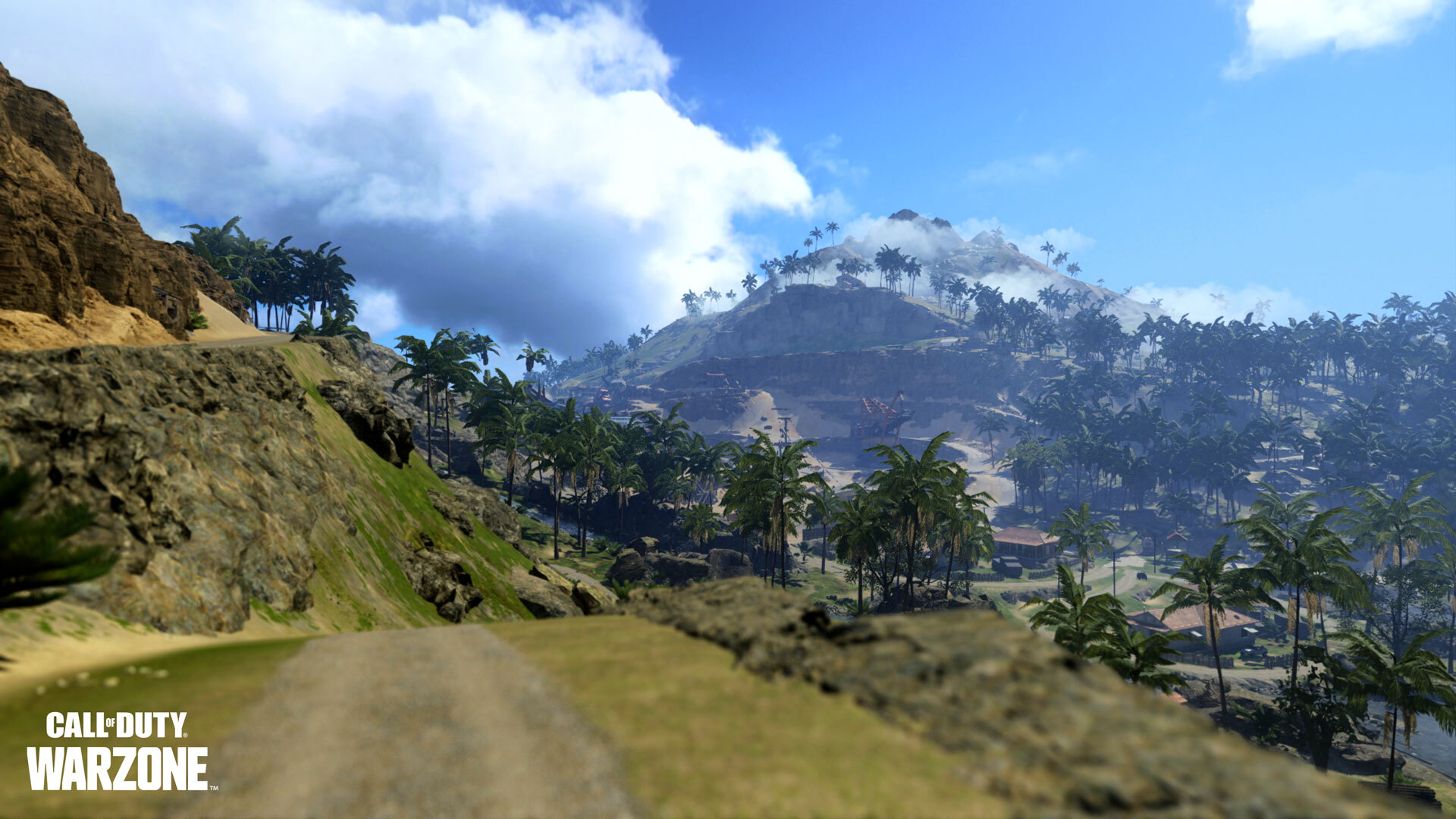 Call of Duty: Warzone players can expect a trip to the Pacific later this year on a new map with fresh points of interest and a unique environment to explore, Activision announced today.

The Call of Duty: Vanguard multiplayer reveal gave fans their first look at the upcoming multiplayer mode. Exciting features like a robust weapon customization system, tactical destruction, and 20 maps at launch give players a lot to enjoy. But the reveal also gave Warzone players a surprising treat.

The new Pacific Warzone map will take players to a lush island—and it’s coming “later this year.” This map features new points of interest and a completely fresh environment. The short teaser shows a large mountain, dense forests, caves with waterfalls, and what appears to be a movie theater named Royale. There are also dozens of buildings along the coastline and a radio tower in the distance, meaning players can expect a variety of environments.

The Pacific map will be a stark contrast to Verdansk, which is known for its darker color palette and significantly different aesthetic. Many fans are excited about the bright and lively new map, which should offer a nice change of pace.

It’s unclear when the new Warzone map will be released, but it’s set to be coming in 2021. Fans will likely learn more information about the new map over the next few months.