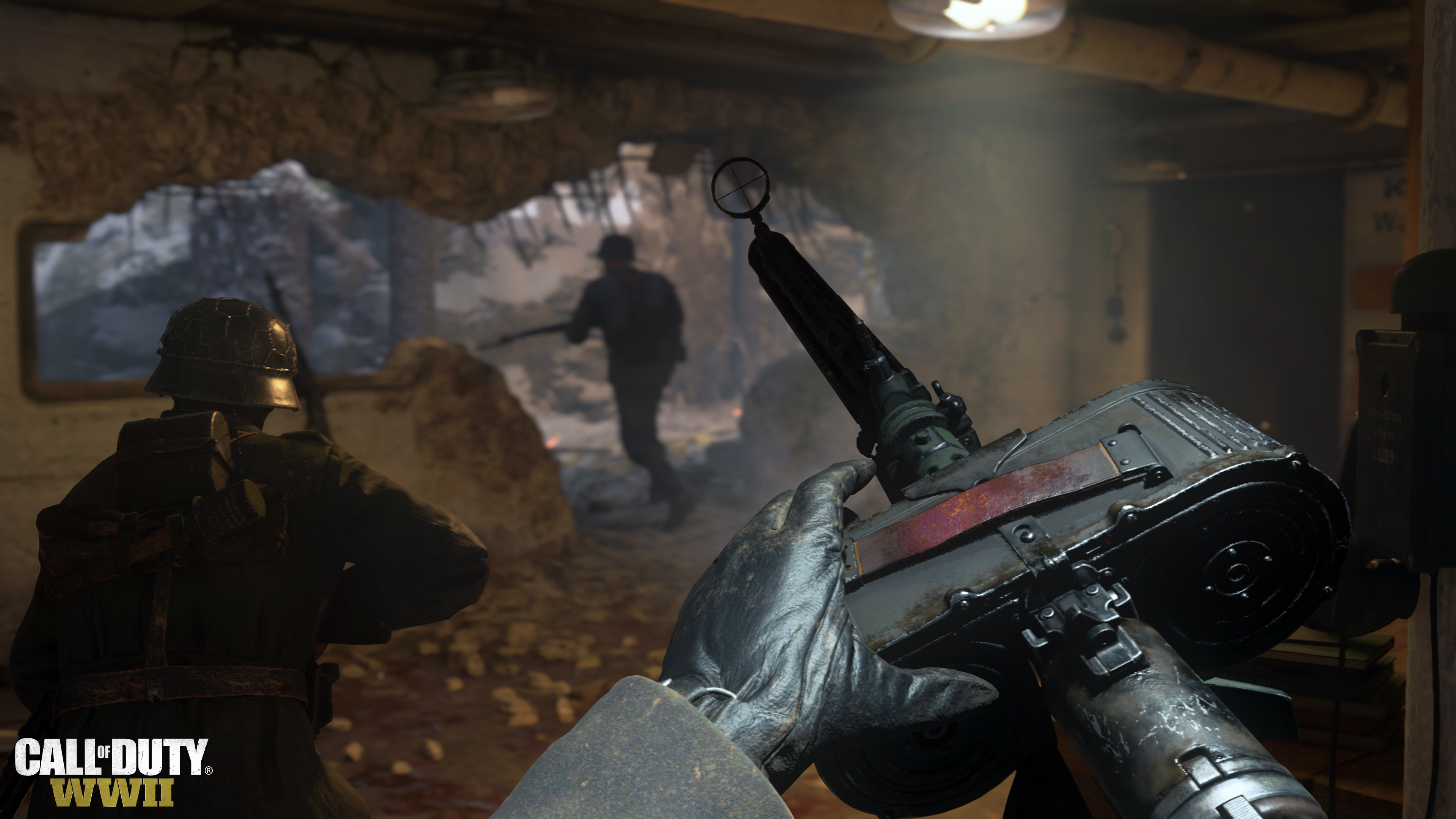 Call of Duty: WWII will be getting some new Basic Training abilities this week along with its third DLC pack.

When United Front becomes available on Tuesday, June 26 to PlayStation 4 players, three Basic Trainings will also be added to the game. Specialist, Wanderlust, and Escalation will be the newest abilities, with each bringing something unique to the game, according to a YouTube video by TheseKnivesOnly.

TheseKnivesOnly, who was flown out to Sledgehammer’s studios by the CoD developers, showed off the Basic Trainings and two new maps, describing the effectiveness of each ability. The first one he covered was Specialist, which allows players to earn Basic Trainings instead of Scorestreaks in the game. While there will be one Basic Training unlocked every 200 points, once a player gets to 800 points, they’ll unlock every Basic Training—similar to the Specialist Strike Package from Modern Warfare 3, which awarded perks instead of killstreaks.

Wanderlust was the next Basic Training on display, and it gives the ability to spawn with a random gun that has up to six attachments. When it’s equipped, the player will get a new gun to use every time they swap weapons. TheseKnivesOnly said when he was playing with Wanderlust, he received several DLC weapons, but that may not be the case when it goes live on Tuesday.

Finally, Escalation allows players to aim down sights “significantly faster” after killing an opponent, as well as giving an instant ammo refill after multi-kills. This ability is best served for fast-paced players who are constantly looking for kills, and not suitable for anyone who stays in the same area, according to ThreeKnivesOnly.

Along with the Basic Trainings, the video showed off two of the three United Front maps—Stalingrad and Market Garden. Stalingrad seems to be a snow-covered shipping area, while Market Garden drops players at a hotel for battle. The last DLC map, Monte Cassino, wasn’t revealed in the video, but it’ll be shown in a separate ThreeKnivesOnly video on Sunday, June 24.