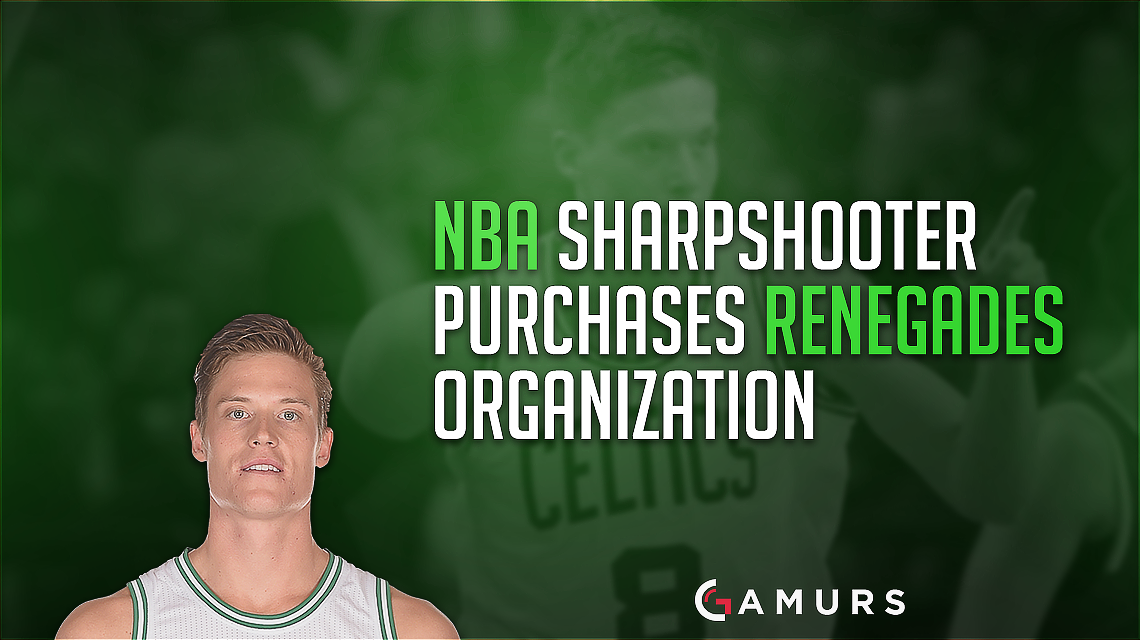 Jonas Jerebko might not be a household name for NBA fans across the country, but his name will start to gain recognition in the esports community following his purchase of the Renegades organization.

Earlier today, Jerebko and Renegades released a YouTube video to announce their rebrand as an organization, as well as their first rosters for Counter-Strike: Global Offensive and Call of Duty®: Black Ops III.

Formerly known as the LA Renegades, Jerebko’s team will now go by the Detroit Renegades, which probably has to do with the fact that he moved his CS:GO team into a team house in Rochester, Michigan. The CS:GO team consists of Aaron “AZR” Ward, Justin “JKS” Savage, Yaman “Yam” Ergenekon, Karlo “Ustilo” Pivac and Ricardo “Rickeh” Mulholland, with coach “Nicholas “Peekay” Wise and manager Chris “GoMeZ” Orfanellis.

Additionally, Jerebko was also able to sign a Call of Duty roster, just in time for the biggest Call of Duty event in the history of the game: Call of Duty XP 2016. This roster will consist of the ex-Dream Team players who were most recently playing under the name of Ground Zero: Martin “Chino” Chino, Adam “KiLLa” Sloss, Steven “Diabolic” Rivero and Troy “Sender” Michaels

This team will be making their debut under the Detroit Renegades banner this weekend at Call of Duty XP, playing for their piece of the $2 million prize pool from Sept. 1-4 in Los Angeles, California. KiLLA, a former Call of Duty World Champion back in 2013, will look to lead this team out of the group stage, where they have to face off against Team Allegiance, Epsilon Esports and Pulse Gaming in Group D.

Jerebko has been in the NBA since 2009. A former second-round draft pick by the Detroit Pistons, Jerebko started in 73 games for the team, averaging 9.3 points per game in his rookie season. Sporting a 35.3 three point percentage, Jerebko has proven that he can shoot the long-ball over his seven-year NBA career. Jerebko played this past season with the Boston Celtics, where he played in 78 games off the bench, but shot nearly 40 percent from beyond the arc.

Jerebko and the rest of the Renegades organization will definitely be cheering on their Call of Duty team as they represent the rebranded Renegades name under new management for the first time at Call of Duty XP.

How do you think the new Renegades team will perform at Call of Duty XP? Let us know by commenting below or tweeting us @GAMURScom.