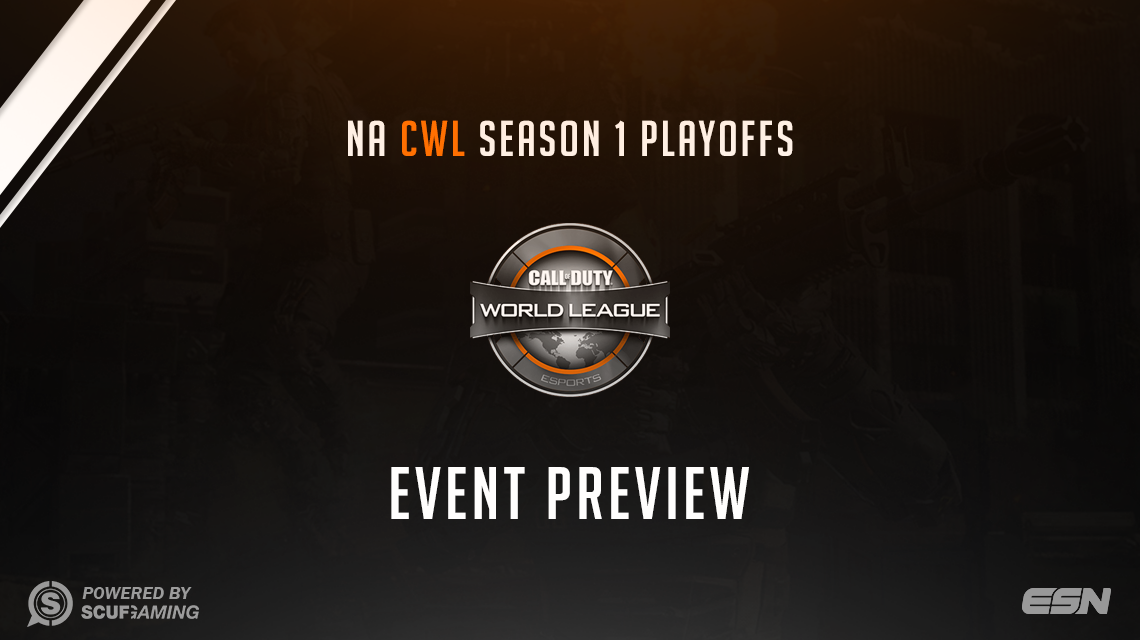 The Electronic Sports League will be holding the North American Call of Duty World League Season 1 Playoffs for Call of Duty®: Black Ops III in Burbank, Calif. on April 1-3. Eight teams will be competing for their share in a $250,000 prize pool.

The other eight teams that qualified for the playoffs will begin play on Saturday in a single-elimination bracket with best-of-seven series. Check the image below to see what this championship bracket looks like.

The relegation matches are listed below, in the format of former-CWL team vs. challenge division team:

The quarter-final matchups will be as follows:

Here is a list of the maps and game modes for this event:

The on-air talent lineup for the NA CWL Playoffs looks like this:

This is sure to be an action-packed weekend full of great Call of Duty matches. To make sure you do not miss any of the games, here is the schedule for this weekend.

*Schedule provided by the CWL official website . All times are in Pacific Daylight Time (PDT).

*All times are subject to change based on the length of matches.