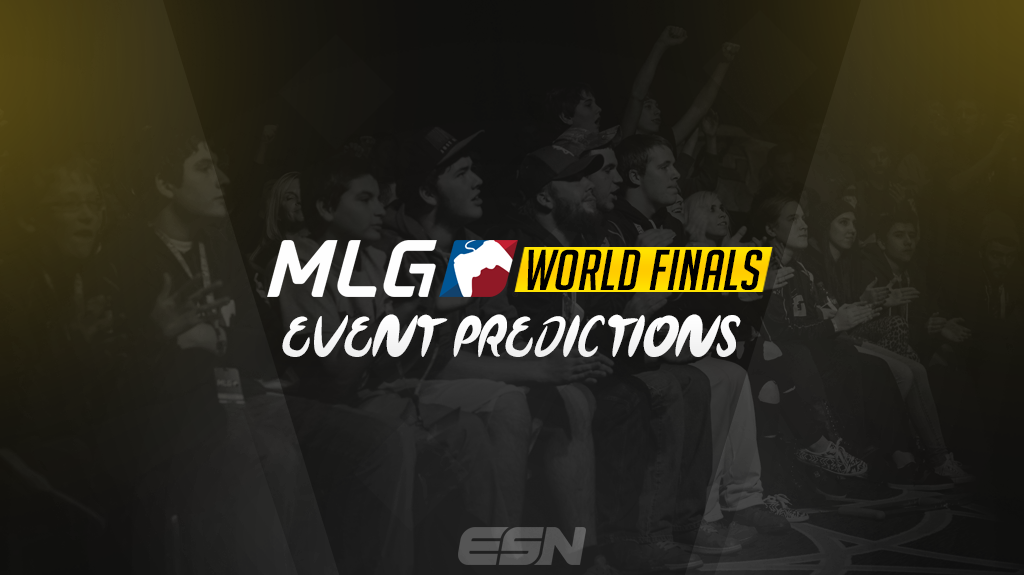 In this article, you’ll find eSportsNation’s predictions for the MLG World Finals , the final major LAN event for Call of Duty®: Advanced Warfare .

*Note that these are predictions and opinions from the ESN staff

For more information on when Pool Play and Bracket Play will start, check out our Event Preview.

The players on OpTic should have no problems here and should easily clinch first, but then it gets interesting. Team Infused, a European squad, is sure be playing  all out to show up for the EU teams, and Team Kaliber hasn’t shown much recently to prove that they can win that match. XGN Competitive is completely a wildcard team, as egos reign supreme and players struggle to work together. The team has talent, but it doesn’t seem like they’ll be working out their problems anytime soon. Without predicting which Open Bracket team will be in this pool, we have to leave them as a wildcard and put them in last place, but a good team like Team JusTus or Thrust Nation could do some serious damage here.

As long as the guys on FaZe play the way we all know they can, this pool should be a breeze. iSolation eSports should be able to take OpTic Nation without much of a struggle, but the European players on Vitality.Storm may have some fight in them. OpTic Nation has just been characterized by inconsistent, mostly bad, play throughout Advanced Warfare. Again, without knowing which Open Bracket team makes it here, we have to have them as a wildcard and put them in last, but OpTic Nation is safe from no team right now.

Denial may actually struggle a bit to stay on top of this group of death, but this roster has been solid for some time and should come out as the top seed here despite their recent change. Rise coming in as the other team to make the Winner’s Bracket may surprise some, but Aches is the factor. He can make a team top-three, or he can make them one of the worst teams in the tournament. Only time will tell which Aches shows up to Worlds, but we think it’ll be the guy who isn’t quite as good as he should be. Millenium simply has too much to compete with here, and a solid Open Bracket team could make things even more interesting.

Two of the best North American teams are set to duke it out after Sam “Octane” Larew left EnVy to join eLevate, and it will surely be a spectacle. Team eLevate’s recent success, coupled with the addition of Octane, should be enough to ensure their victory. There’s no way to not be blunt about this: the Orbit squad is one of the worst professional teams in North America, but they’ve also showed some promise and added Advanced Warfare World Champion Chris “Replays” Crowder to the team. That should be enough to lift them over Citadel, who are frankly a very unknown team from Australia. We’re only doubting them because we don’t have a ton of information on them, but who knows, maybe they’re the perfect team to come in and surprise the world.

OpTic could certainly regain dominance and the iSolation eSports pick is a little bold, but FaZe is looking extremely good right now and the guys on iSolation have been improving slowly but surely almost every event, and now is their time to prove what they can really do, or they’ll continue being just a decent team. Advanced Warfare couldn’t end on anything other than an OpTic vs FaZe Grand Final, and really it’s a coin toss at this point, but FaZe’s recent form, as well as James “Clayster” Eubanks and Dillon “Attach” Price being Advanced Warfare World Champions should give them the edge.

Do you agree with our Pool Play and Top-4 predictions? Which team do you think will do better than the ones we have predicted? Let us hear all your thoughts in the comments below, or let me hear it on Twitter – @esn_DeeGee . Stay informed over the weekend, and head over to our Twitter – @eSportsNation for all of the #MLGFinals coverage you need.