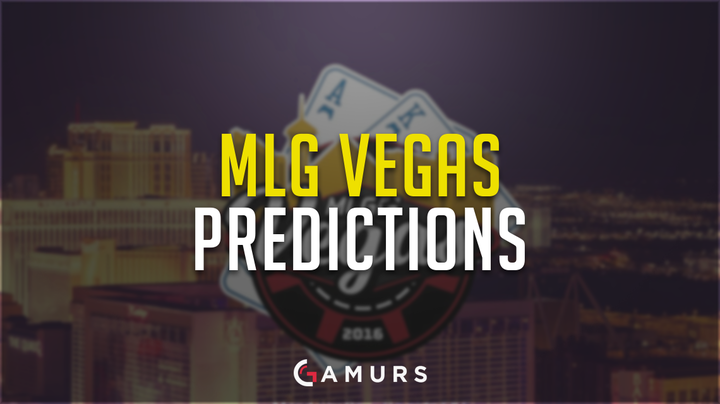 I’m seriously pumped about MLG Vegas starting today, and I’m excited to see how it pans out in the end. Who is going to be the first major champion of Infinite Warfare? Who is going to defy the odds and surprise everyone as the dark horse? Who will taste the bitter taste of failure? Those questions will be answered this weekend, but we could be talking about this one for years to come.

When it comes to results though, I believe the result will be one of three possible scenarios.

1. OpTic Gaming will win it all

OpTic was undeniably the strongest team in Black Ops III, and they looked dominant during last weekend’s MLG 2K event. I believe that they’re still a solid bet in this game, as the transition from last cycle to this one were not as major as this ones before; previous cycles have had major movement changes or console transitions. Additionally, the guys on the team seem as fired up to win as ever (despite their negative feelings towards the game itself), and their play has a large correlation to their confidence level. They are the safest bet to win the event, and it won’t be a surprise to anyone if they do.

2. OpTic’s emotions will get the better of them, and they will fail to perform against a fired-up top-tier squad

As I said before, OpTic’s qualify of play has a large correlation to their confidence level, and you can see it in every match they play against a team of a similar caliber. If they’re feeling low or disappointed, they play like an amateur squad. If they’re hyped up and fired up, they are virtually unbeatable. Additionally, if their confidence gives way to hubris, it can result in OpTic falling to a team that they wouldn’t have otherwise considered a threat. As I said earlier in the piece, I truly believe that OpTic Gaming is the team that is most likely to win this event, so it goes without saying that they are likely the biggest roadblock to any other team that wants to make a run for the championship. The team that beats them is the one that takes advantage of OpTic’s flaws, and that team is very likely to be the one that wins it all. Amongst the upper-echelon teams in Call of Duty esports, my personal opinion is that FaZe Clan would be the team that could beat OpTic and win it all. They looked very, very strong at the Playstation Invitational, and they were one of the best teams in Black Ops III. There’s no doubt in my mind that they could seriously bring some pain in Infinite Warfare.

3. An open bracket team will show up and defy the odds

The open bracket at this event is strong, possibly stronger than the open bracket at any event in recent memory. The four teams that make it out of open bracket will have had to fight some serious contenders to get into the pro pool (like Evil Geniuses, who ended up there as a result of a paid booter hit during the online qualifiers) and they’re likely to be on a bit of a hot streak, not to mention warmed up and prepared to face off against upper-tier squads. One of those teams could seriously show up some of the pro squads, especially ones that haven’t quite adapted to the new game and re-defined their strategies. A fired-up dark horse with fresh, unique strategies that has made it through the open bracket could prove dangerous to any team – especially OpTic – and has a serious shot to win.

You can watch this weekend’s action streamed live at MLG.tv or on YouTube.

What are your predictions for the MLG Vegas Open 2016? Let us know in the comments below or by tweeting us @GAMURScom.