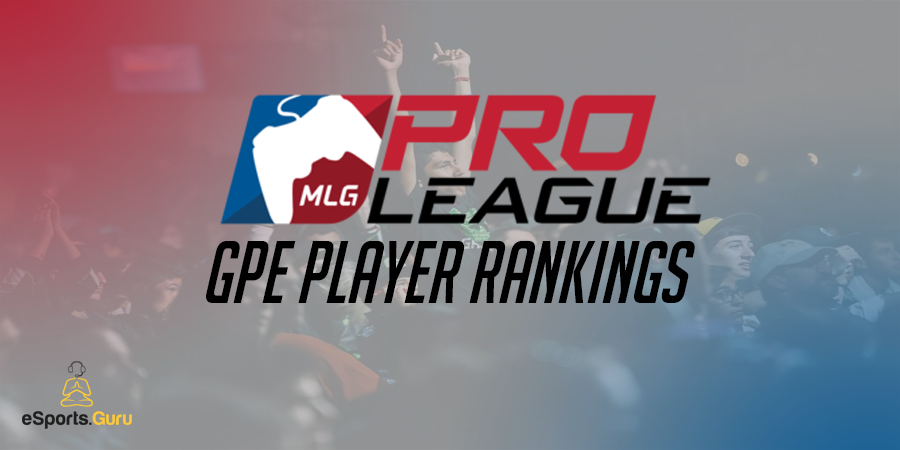 Professional Call of Duty’s second to last event, MLG Season 3 Playoffs, proved to be quite the spectacle for viewers, featuring a dramatic run from FaZe through the loser’s bracket. FaZe defeated Optic in back-to-back best of sevens, asserting the squad as one of the top teams competing in Advanced Warfare. After each event, I like to run my General Player Evaluation test to rank players. This system seeks to rank players on their performance, factoring in individual contribution and team performance. As always, I want to point out this system surely does not establish an objective list of the game’s best players. This system simply succeeds in displaying event performance relative to the rest of the players. My full methodology is included at the bottom of the article. Notably, I have ceased to include k/d as a significant figure, instead opting to use kills/respawn and snd k/d. Fears is not included in the rankings as, once again, Twizz appears in his place in one of Cod Stats’ statistical categories with an average of zero. I removed his data from the set to not impede the rankings’ viability in all categories. Now, on to the rankings!

We see Scump holding the top spot by a significant margin, overcoming Zooma by nearly .9 in mean z score. His most impressive statistic is his event-leading kills per respawn of 35.56. Scump’s teammate, Crimsix, comes in at rank four. Crimsix’s mean z score is helped by good objective work and team performance. Close behind him are Zooma and Attach, FaZe’s adept smg players. Both players excelled across the board at this event, both in objective play and slaying capability. Denial’s Huke rounds out the top five; demonstrating his consistent performance at the event. It is certainly evident to any spectator that Huke keeps his squad in most games through his aggressive smg play.

The rankings are bottomed out by Mochila, Nameless, and Aches; all of whom had poor statistical performances. Since the removal of k/d from the rankings to avoid double dipping, there is a noticeable drop in the ranking of BAL players. BAL players often benefit the most from the inclusion of pure k/d as they tend to be more removed from fights, resulting in less deaths. BAL players also are hurt by their tendency to not be included in objective work. This will hopefully self-correct but may result in further adjustment.

General Player Evaluations (GPEs) are based on averages and Z scores, making them reflective of the pool of talent. Thus, this system highlights how different a player is than an average player. The five equally rated values of a GPE are slayer rating, scored Uplinks, HP captures, SnD K/D, and team rank/placement. All data is collected by Cod Stats and retrieved from their website. The final GPE is the average of the Z scores of all six categories. The system reflects better on larger samples, making it particularly effective for large tournaments or full seasons.