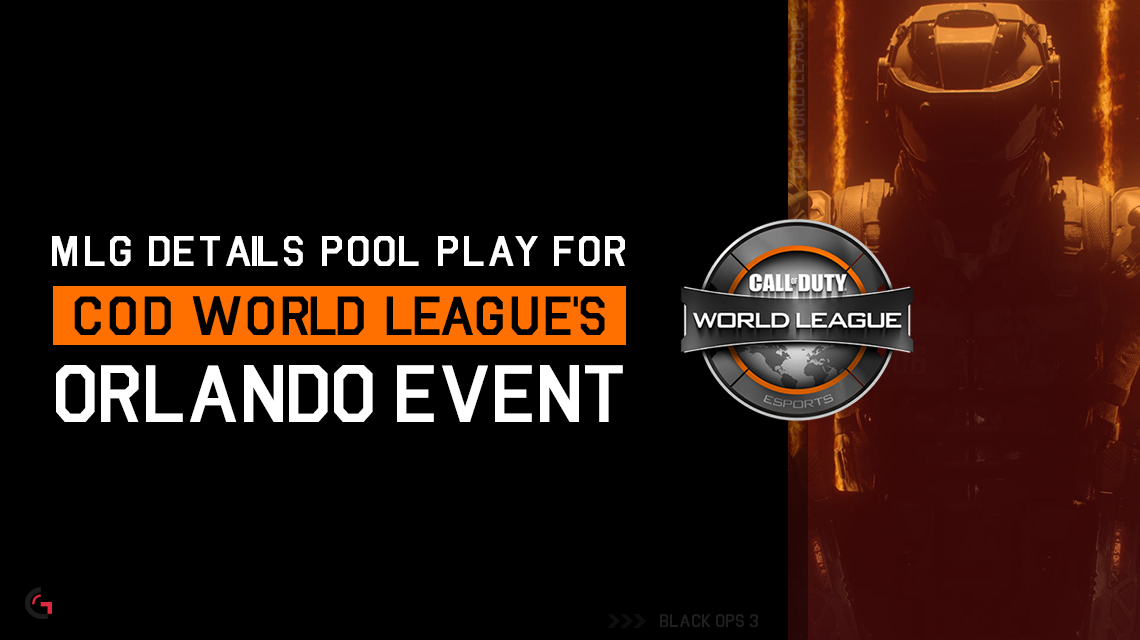 Major League Gaming’s Adam Apicella took to Reddit today to announce some much-anticipated details about next weekend’s MLG Orlando event. Thanks to the Call of Duty scene’s recent roster changes, however, it remains to be seen who will be playing and where exactly they will be placed.

Here are the main points of the announcement today:

Due to the stipulation of teams needing to keep 3/4 of their CWL roster to earn a spot, it leaves a few question marks for who will be making it into pools. As of right now, Rise, OpTic Gaming, eLevate, H2k-Gaming, FaZe Clan, Team EnVyUs, Luminosity Gaming and Dream Team will have spots in pool play. After that, the situation gets murky.

As of now, the only EU team confirmed to be attending Orlando is Infused, leaving three teams to earn a spot via pro points. This has the potential to create last-minute teams of players grouping together based solely on the pro points that they have pooled in order to earn a spot. But it appears that the new compLexity roster (ACHES, Ricky, Goonjar, Lacefield) will be one of those three teams in the mix.

Teams have until the end of the month to finalize rosters, so the next few days of scrimmages with teams scrambling to find a group that sticks will be interesting. Other teams to watch include Team Kaliber, Cloud9 and Parasite’s change of heart squad. If the teams do not have the pro points to make it into the group of 12, they will be seeded and placed in open bracket with the rest of the competition joining in Orlando.

How do you feel about MLG’s pool play setup? Let us know in the comments below.