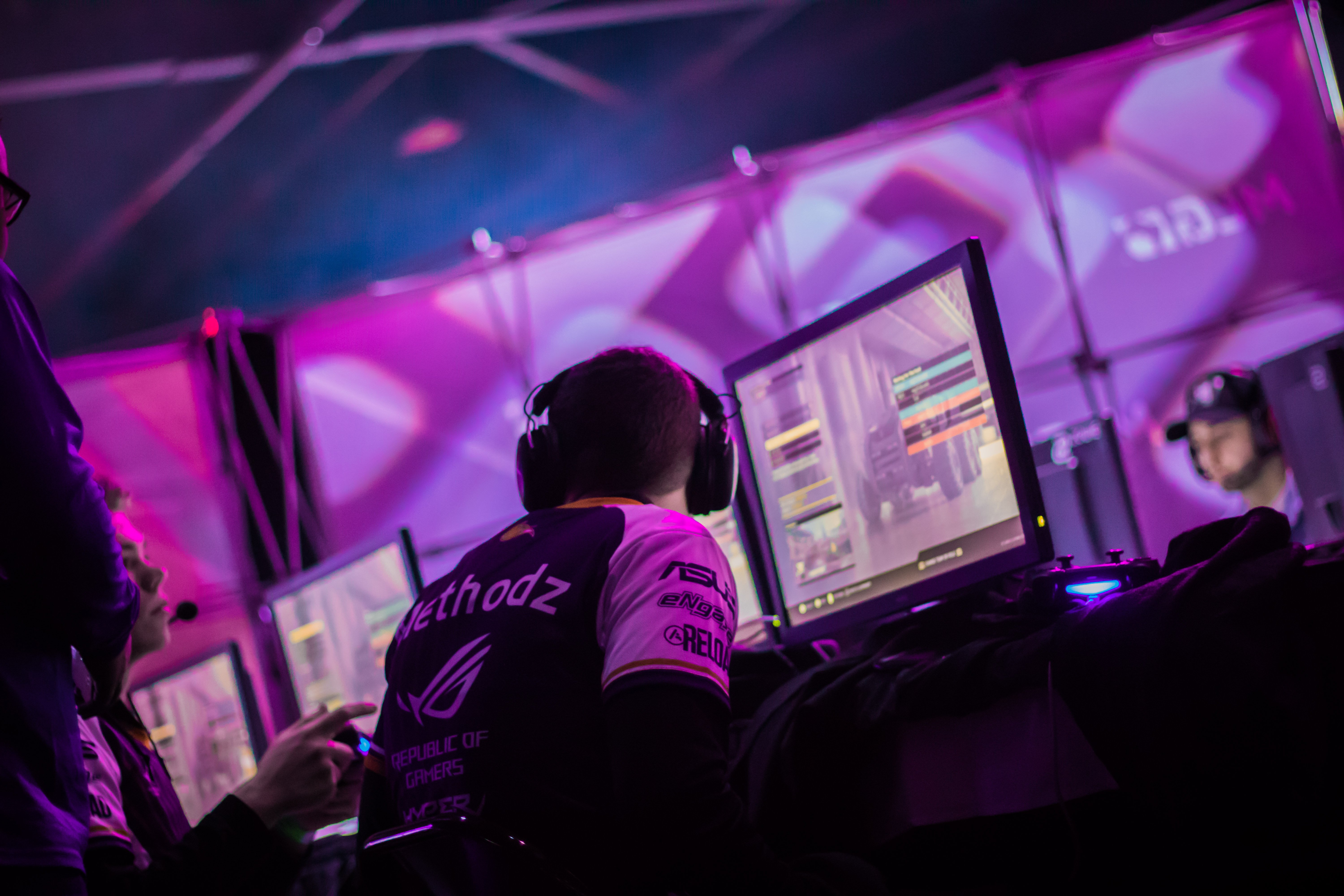 Just before Thanksgiving, Echo Fox introduced its lineup for the Call of Duty®: Infinite Warfare season. Consisting of Jeremy “Neslo” Olsen, Anthony “Methodz” Zinni, Teegan “TcM” McCarthy and Tanner “Mosh” Clark, this roster was ready to prove the doubters wrong at the first event of the season: the CWL Vegas Open.

A top-16 finish at Vegas put Echo Fox on the bubble to be one of the top-nine North American teams in the Call of Duty World League Global LAN League; but it would take a lot of hard work and dedication to rise up through the pro point standings.

In the weeks following Vegas, Echo Fox placed top-16 in four of the GameBattles 2K tournaments, including a top-eight and top-four finish. EF was putting in the work needed to climb the ladder heading into February, a month loaded with crucial LAN events.

But, at both CWL Atlanta and CWL Paris, Echo Fox struggled, placing top-32 and top-28 respectively. Following these events, Echo Fox knew it needed to make a change if the organization wanted to have a shot at the pro league.

Unfortunately for many long-time Call of Duty fans, this change came in the form of Echo Fox’s veteran and captain Neslo taking an indefinite break from competing. As TcM also decided to step away from the organization, Echo Fox was in search of two new players; and a new leader.

This is where Methodz comes in. Methodz began his career as a rising star all the way back in Call of Duty®: Black Ops II, and prior to joining Echo Fox at the beginning of this year, he has played for organizations such as FaZe Clan, SoaR Gaming, Strictly Business, Counter Logic Gaming and Most Wanted over the past few years. Following the departure of Neslo and TcM, Methodz had a plan for exactly what he wanted to do with Echo Fox’s Call of Duty roster, adding Devin “LlamaGod” Tran and Mike “Swarley” Carter to the team for CWL Dallas.

“Well, I knew I wanted to keep Mosh due to the fact that I trust him in almost any situation,” Methodz said. “I think he has a good sense of game knowledge, as well as the ability to stay composed when needed. After deciding to look for two new players after ESWC, we felt that Llama and Swarley would fit us best. They actually ended up defeating us at MLG Atlanta, so we know what they’re capable of in a tournament setting. Having teamed together for a while, we knew that they’d be comfortable with each other, making it that much easier for us to be on the same page.”

Llama and Swarley most recently competed under compLexity Gaming and Red Reserve, and the two players have been teaming together since last year’s Call of Duty World League Championship. With their pre-existing chemistry, Methodz knew that these two players would make a great addition to the team.

Despite not teaming together for very long, Echo Fox’s new lineup earned a top-16 placing in last weekend’s 2K tournament. Aside from this online tournament, Methodz believes that his team is playing well heading into CWL Dallas this weekend. “Things have been looking pretty great thus far,” Methodz said. “We’ve really taken the time to adapt to each other’s playstyles, as well as learning to play off of one another. We’ve been winning the majority of scrims we play, of course dropping a series here and there. We try to focus on improving our gameplay while we practice, so even if we were to lose every map in a specific series, it isn’t all that bad if we know why we lost and how to improve from that point onwards.”

Even though he is filling the shoes of a veteran captain like Neslo, Methodz doesn’t feel any added pressure to assume a leadership role on this new Echo Fox roster. “I really don’t feel much pressure at all,” Methodz said. “I’ve been the captain of multiple teams and it’s honestly just a title. Just because I’m the captain doesn’t mean that it’s my word over all. Our team decides what to do together, whereas some teams have a specific in-game leader. We think all four having a say in what we do works best for us.”

Part of the reason why Methodz doesn’t feel any added pressure to be the team’s leader is because of the tremendous support he has received from the Echo Fox organization. “Echo Fox has been great,” Methodz said. “We have everything we could possibly need behind us and I couldn’t be more grateful. They make it super easy for us four players to simply focus on playing the game while they handle all the behind the scenes work. I look forward to hopefully making them proud this upcoming weekend in Dallas.”

Looking ahead to Dallas this weekend, Methodz expects that his newly-formed team can perform well in an event that will determine whether Echo Fox qualifies for the first stage of the CWL Global LAN League. “I have some really high hopes and expectations,” Methodz said. “If we go into the event playing like we’ve been recently, I have no worries at all. I trust the players on this team to perform when necessary and I’m excited to see all the practice be put to the test in Dallas.”

It would take a remarkable run for Echo Fox, currently ranked 14th in the North American pro point standings, to qualify for the new LAN League, but anything is possible. With roughly 37,000 pro points, Echo Fox is about 24,000 pro points behind ninth place Pnda Gaming, which means EF definitely needs its best placing of the year to have a shot after cracking the top-nine.

Regardless, Methodz and Echo Fox are looking forward to competing throughout the rest of the Infinite Warfare season. “We just need to place the best we can at every single event we attend,” Methodz said. “The first few events of this year have been quite upsetting thus far. I really hope we can turn things around and secure a spot on the top here soon. We have the potential, we just need to get it done and surprise everyone.”

The Call of Duty community will undoubtedly have its eyes peeled on this new Echo Fox lineup when it makes its LAN debut this weekend (March 17-19) at CWL Dallas.

How do you think Echo Fox will do at CWL Dallas? Let us know by tweeting us @GAMURScom.