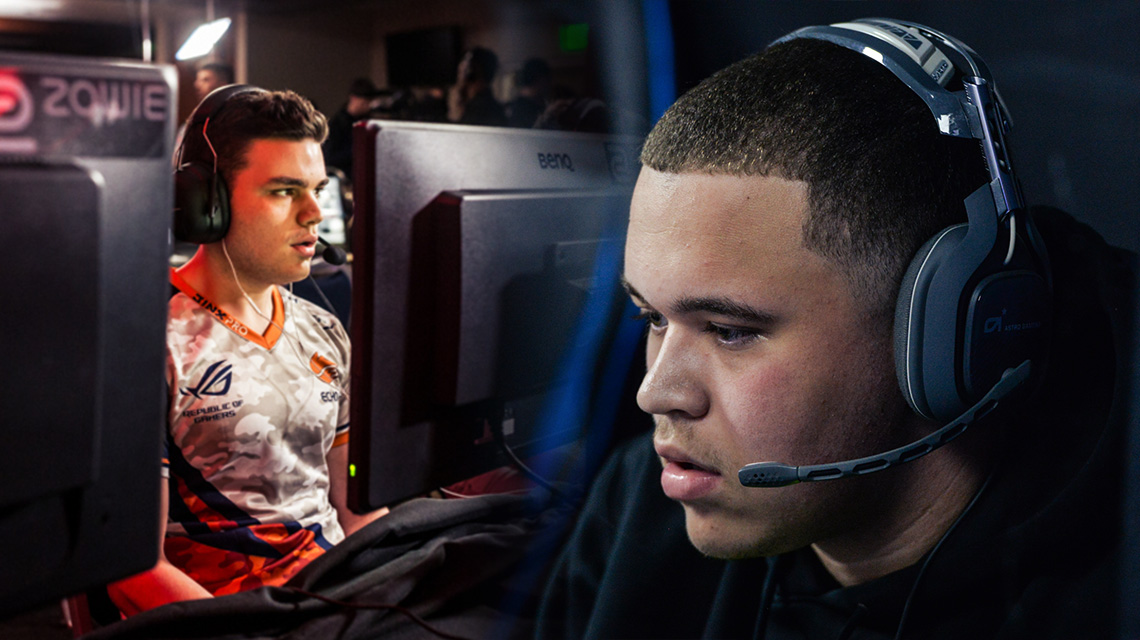 Photos via MLG and EsportsNation | Remix via Justin Waves

After the Infinite Warfare season concluded with the 2017 Call of Duty World League Championship in August, professional CoD teams began a chaotic period of roster changes.

Anthony “Methodz” Zinni was no exception to the rostermania heading into the Call of Duty: WWII season.

Following a top 24 finish at CoD Champs 2017 with Echo Fox, Methodz announced that he was a free agent for WWII on Aug. 28. Three days later on Aug. 31, Methodz revealed that he planned to team with Christopher “Parasite” Duarte and Jared “Nagafen” Harrell for the start of WWII.

But then, Parasite left Methodz and Nagafen on Sept. 27. In search of new teammates for the upcoming season, Methodz reached out to someone he last competed with in January 2015: Marcus “MBoZe” Blanks.

Methodz revealed on Oct. 4 that he’ll be playing with Nagafen, MBoZe, and Jeremy “StuDyy” Astacio at the start of WWII.

Even though MBoZe last competed at a professional level in Advanced Warfare, Methodz said that he wanted to team with the veteran heading into WWII.

“Well before Parasite left, we had planned to play with some variation of our current roster,” Methodz told Dot Esports. “We were looking at MBoZe heavily and were most likely going to play with him either way. Parasite leaving was pretty shocking, but I’m still confident in what we put together. StuDyy and Nagafen teamed formerly and we decided this is the roster that we believe could make some waves this upcoming year.”

Methodz hasn’t teamed with StuDyy or Nagafen yet in his career, but he does have previous experience competing alongside MBoZe. The two played together on SoaR Gaming and FaZe Clan for a few months during the Black Ops II season in 2013, and they reunited on SYNRGY Gaming for one event—UMG Orlando 2015—during Advanced Warfare.

With MBoZe officially revealing his intentions to return to competitive Call of Duty on Aug. 21, Methodz knew that he wanted to play with his former teammate once again—and he’s not worried about MBoZe’s ability to perform after his competitive hiatus.

“I’m super excited to be teaming with Boze again,” Methodz said. “As some know, we went pro together back in 2013, and have been pretty good friends for over five years now. I think we’ve both grown up and matured a little bit since we last teamed, so I’m excited to see what we can do when the game drops. I’m not worried about him performing at all. He’s been playing Ghosts and plans on grinding WWII, so we have absolutely no doubt in his ability.”

“We definitely agree with this team being a powerhouse Search and Destroy team,” Methodz said. “I would say it was definitely a factor [in forming this roster], but we look forward to dominating all game modes.”

Although we don’t know the game modes for professional WWII yet, it’s almost guaranteed that Search and Destroy will be one of them—so being confident in Search and Destroy is pretty important for any teams aspiring to succeed in the upcoming season. With so many veteran players who are talented in Search and Destroy, it’s not surprising that this roster—that’s still searching for an organization—expects to win next year.

“The expectations are what they always are—win some championships and stay at the top level for the entire year,” Methodz said.

There are several rosters still looking for an organization to represent, but fans will definitely be anxiously waiting to find out where this team ends up prior to the launch of WWII on Nov. 3.