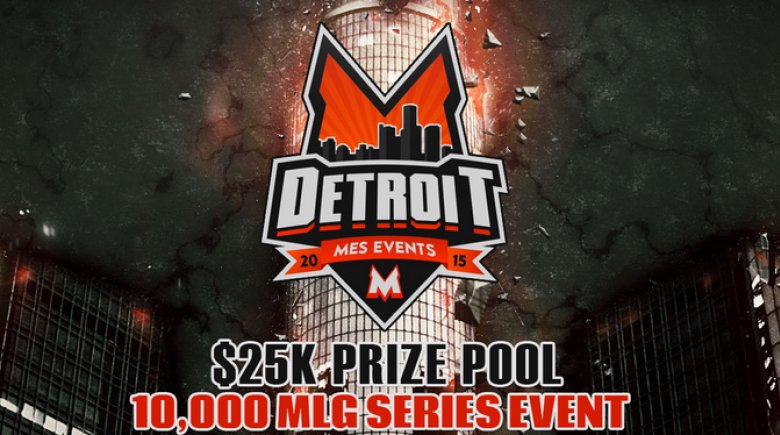 MES Detroit will be taking place this upcoming weekend, Aug. 21-23, at the GM Renaissance Center in Detroit. MES has been hosting small events for a little while, but they are getting bigger and bigger each time. For MES Detroit, many professional teams will be attending.

The most notable teams in attendance are obviously the professional teams, but this is home turf for many amateur rosters. Don’t expect them to go down without a fight, as 10,000 pro points and $25,000 are up for grabs.

Let’s take a look at some of the major story lines for teams heading into the event:

As of late, this once-great professional team has been struggling. Disappointing finishes at every event are starting to make fans wonder if more roster changes are necessary for the team’s success. Sharp, Neslo, and Theory have been on the tK roster for quite some time, even if they have each spent some time away. The team chemistry here should be off the charts, but it seems things just haven’t been clicking during Call of Duty®: Advanced Warfare.

Depending on who you ask, eLevate may be the best team walking into this event. With only half of their roster at Gfinity because of various problems that included the Gfinity age restrictions, eLevate teamed with Denial eSports and had a disappointing finish. However, the last time Slacked, Classic, and TJHaly played together on LAN, they placed 3rd at the MLG Pro League Season 2 Playoffs. Now that the full squad is back together, expect this team to be in the Grand Final of this tournament.

This is the other team that could be considered the best in the event. These guys just seem to have bad luck at LAN events. They consistently perform extremely well, but always have to play against OpTic Gaming or FaZe Clan early on in bracket play, and those teams are practically unbeatable at this point. Well, that can’t happen this time. It’s time for EnVy to prove that their past placements have just been bad luck.

This one may confuse some of you, just hear me out. Watson, after being suddenly dropped from Vitality Storm in Europe, has come over to the North American Call of Duty scene to join an amateur team. No one on this squad has had a spectacular CoD career by any means. At this past CoD Championship for Advanced Warfare, Anticity placed 5th with Automatic Reload and Watson placed 9th-12th with Aware.EU, but that’s really the best we’ve seen from anyone on this team in their entire careers. Meshing European and American players usually doesn’t work, but this team interests me and could do well. I have a good feeling about these guys.

Epsilon, though not mentioned in the tweet above, will be attending the event. With Swanny’s departure and almost no success online, this team looked doomed. The addition of Parasite adds a solid player, but we already know this team can compete on LAN. At UMG Dallas, Epsilon knocked OpTic Gaming out of the winners’ bracket in the first round, and ended up finishing in 4th place at the event. Then you look at their online performance, and you wonder how they did it. Pre-reset, Epsilon had just two real league wins. I say real because there are three wins listed, but one was a forfeit. Post-reset, they have a record of 1-2. If they play like they did at Dallas, expect Epsilon to be in the fight to win this event. If they play like they have been online, Epsilon could be in for a bumpy ride.

The entire event will be one big double-elimination open bracket, which will mean a long road to the Grand Final for even the best teams attending.

With most of the top amateur teams and a few pro teams attending, this event will surely be one to watch. The two top teams, OpTic Gaming and FaZe Clan, will not be attending, so we’ll see a different tournament champion at a North American tournament for the first time since Denial won the CoD Championship event for 2015 in March.

Who do you expect to do well at the #MESDetroit25K? Who are you supporting? Let me know in the comments or on my Twitter @esn_DeeGee . Be sure to follow us @eSports_Guru to keep up with the latest news in CoD, Halo, League of Legends and more.