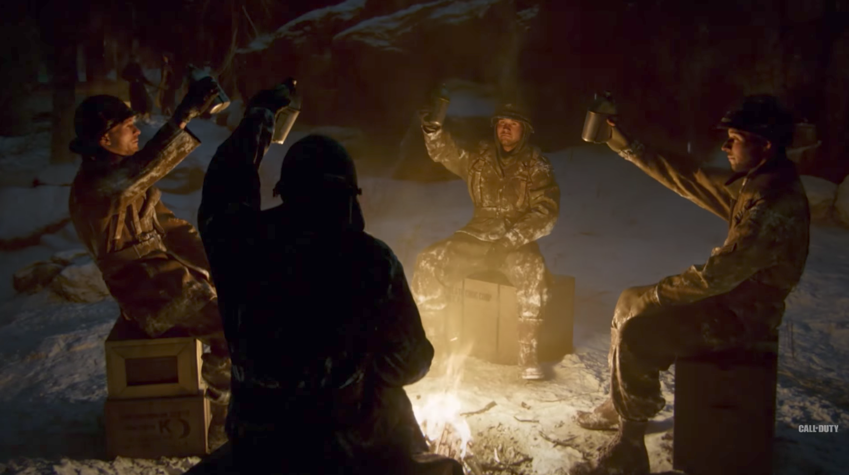 Just one day after the reveal of the official Call of Duty: WWII campaign trailer, fans are now getting a more in-depth look at some of the protagonists in the upcoming story mode.

“Meet the Squad” videos were published earlier today, highlighting four of the main characters in the WWII campaign.

It appears that players will be playing from the perspective of Private Ronald “Red” Daniels, a 19-year-old from Texas who gets his first taste of combat on D-Day.

After learning that his girlfriend is pregnant, the campaign will tell Daniels’ story as he tries to get home to his family.

Pfc. Robert Zussman, portrayed by Jonathan Tucker, is a 21-year-old from Chicago who wants to prove himself to his superiors. Zussman appears to be a loyal man who’s willing to protect his comrades and fight “to the end.”

Josh Duhamel will appear in the campaign as Sgt. William Pierson, a 34-year-old from Oklahoma. Pierson illegally enlisted in the United States military under a false identity when he was just 16 years old. As a seasoned soldier, Pierson will try to lead his troops through tough terrain to get the job done.

Finally, Lt. Joseph Turner, played by Jeffrey Pierce, is a 31-year-old from Massachusetts. Turner appears to be another leader who butts heads with Pierson when faced with a difficult decision.

Fans will get their first chance to play through this highly-anticipated campaign when WWII is released on Nov. 3.