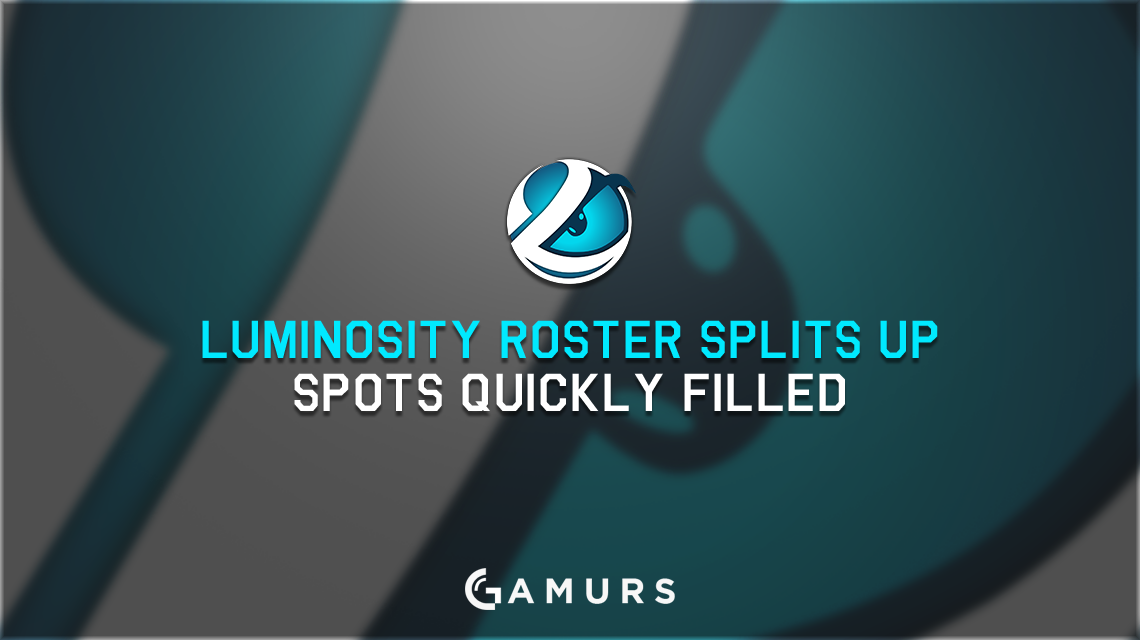 Following the announcement of the Rise Nation Call of Duty roster splitting, the players for Luminosity Gaming announced the same. The team will split, such that Renato “Saints” Forza will stay with the Luminosity organization, while Michael “SpaceLy” Schmale, Jeremy “StuDyy” Astacio, and Anthony “NAMELESS” Wheeler will be looking for a new home.

After a year with LG I am a free agent or looking for 1 with StuDyy and Nameless going into IW, hit me up if you want to team.

Earlier, Rise Nation split up and three players were free agents in need of a new organization. It didn’t take them long to find one, making it clear that a roster swap was already agreed upon. Luminosity announced the acquisition of Josiah “Slacked” Berry, Sam “Octane” Larew, and Nicholas “Classic” DiCostanzo.

These roster changes are among the first in North American Call of Duty after Call of Duty XP 2016, the largest event of all-time, and also the last notable one on the Black Ops III game cycle. With Infinite Warfare on the horizon, many believed rosters would stick together until they played the new game, but apparently players had other ideas.

At CoD XP, Rise Nation disappointed themselves by placing top-six. Throughout a large portion of the year, they were a top-two team in the world and hoped to prove that, but fell to both Elevate and Splyce in the playoff bracket. Luminosity, on the other hand, placed top-12 overall at the event.

Will the new Luminosity roster be better than the last? Let us know in the comments or on Twitter @GAMURScom.