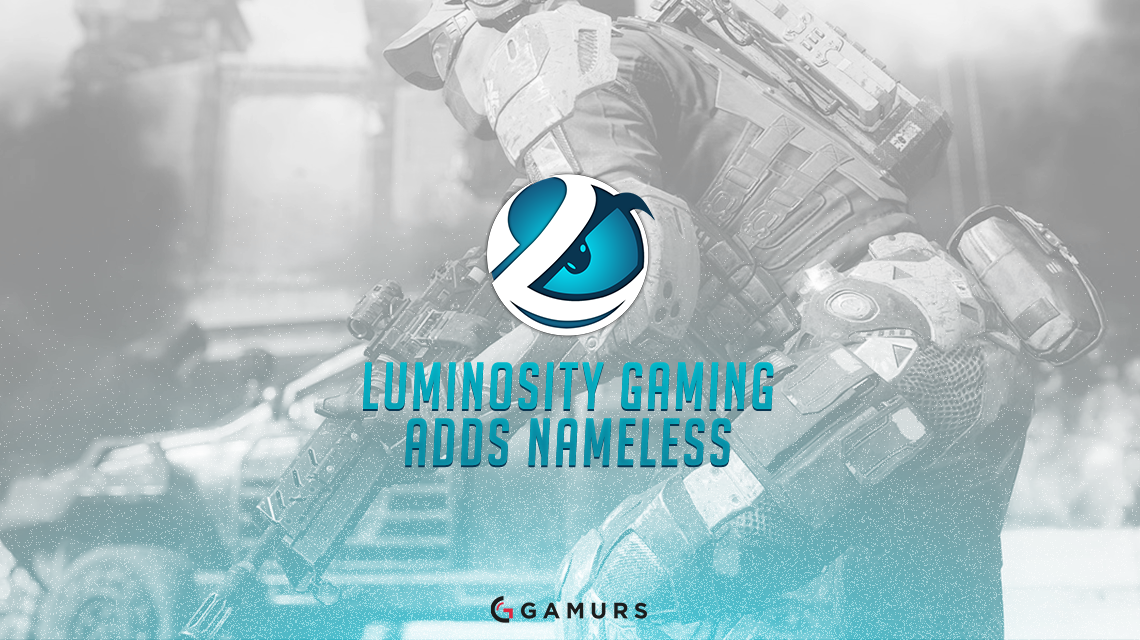 Luminosity Gaming just officially announced that they have picked up Anthony “NAMELESS” Wheeler to replace Tyler “TeePee” Polchow on their starting roster for the Call of Duty World League. According to Luminosity, TeePee will be moved to a substitute role with the team.

Changes to the Call of Duty roster, @Luminosity welcomes @nameless to the team as @TylerTeeP moves to substitute. pic.twitter.com/PHcaLLcuZf

Luminosity is currently sitting in the lower half of the CWL with a record of 2-6, so a roster change almost seemed imminent. NAMELESS should be able to help bring some much needed slaying power to Luminosity, as well as good leadership qualities.

You can see this new roster for Luminosity play together for the first time in the CWL on Tuesday, May 24 against Team SoloMid.

What do you think about Luminosity’s decision to add NAMELESS to their starting lineup? Let us know by commenting below or tweeting us @GAMURScom.