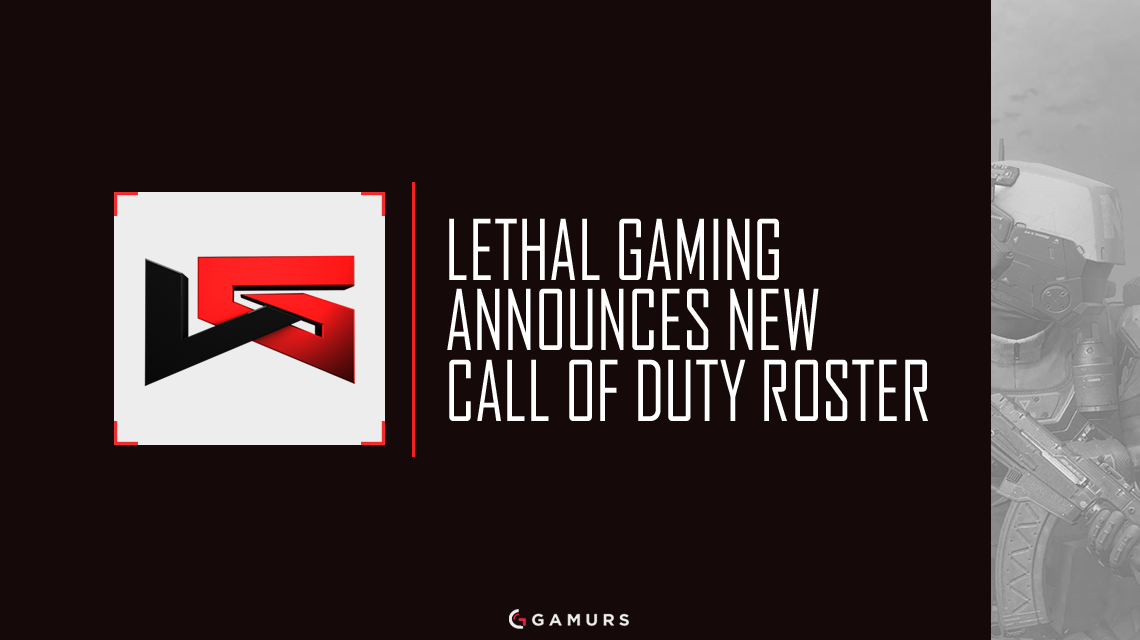 Earlier today, Lethal Gaming announced their new Call of Duty roster for the remainder of Call of Duty®: Black Ops III. This roster, consisting of Daniel “Miyagi” Ho, John “Johnny” Cookson, Eric “Twizz” Servello and Teegan “TcM” McCarthy, will be competing in their first event together at MLG Orlando 2016.

Miyagi and Johnny are both making their return to the Lethal Gaming brand, after they competed together at MLG Anaheim 2016 under Team Lethal, where they placed top-12. Johnny did end up returning to Hundred Thieves for the end of Stage Two, but after the team came in last place, the organization decided to release Johnny along with the rest of his teammates.

Twizz is a veteran in the Call of Duty scene, having played professionally since his days with Team FeaR during Call of Duty®: Black Ops. Most recently, Twizz spent some time overseas playing for Team Vitality in the European region of the Call of Duty World League.

Finally, TcM was a rising star towards the end of Call of Duty®: Advanced Warfare, but the age restrictions in the CWL pushed him to the sidelines. However, at the end of Advanced Warfare, TcM really started to make a name for himself as a member of Team Orbit, placing top-eight at UMG Washington D.C. 2015 and top-16 at the 2016 MLG World Finals.

If TcM can provide the slaying power that he showed towards the end of Advanced Warfare, this new Lethal Gaming roster really has the potential to be one of the top Open Bracket teams at MLG Orlando. Johnny, the captain of this team, also thinks that this new lineup has a great chance to succeed in Orlando.

“We are extremely confident going to Orlando,” Johnny said. “Miyagi and I went to Anaheim with a pickup team and placed top-12 without dropping a map in the open bracket. So, going with an actual set roster, we have high expectations for ourselves for Orlando and the upcoming COD XP qualifier.”

You can watch Johnny and the rest of this Lethal Gaming roster make their LAN debut as a team at MLG Orlando on Aug. 5-7.

What do you think about the new Lethal Gaming Call of Duty roster? Let us know by commenting below or tweeting us @GAMURScom.