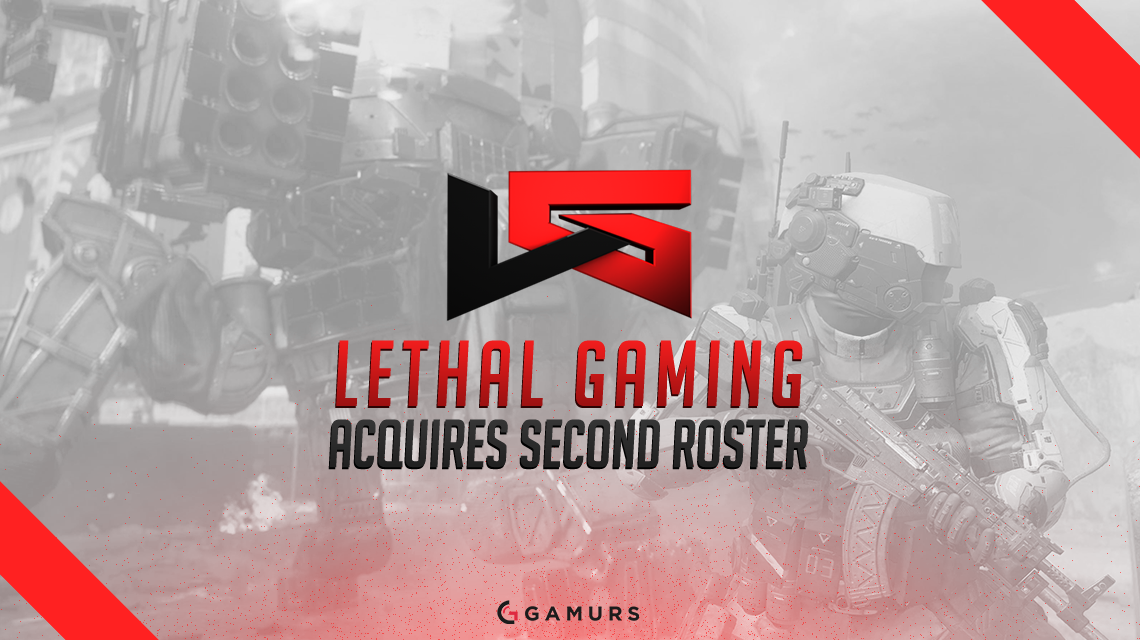 Lethal Gaming has announced its acquisition of a second Call of Duty roster to compete with at MLG Anaheim, taking place June 10-12, and the players are big.

The squad, consisting of Steve “Mochila” Canle, Daniel “Miyagi” Ho, John “Johnny” Cookson, and Alex “Examples” Hartlaub, has been searching for an organization since they came together a few weeks ago.

Mochila, the team’s captain, most recently and notably spent time captaining Cloud9 into the Call of Duty World League, before being dropped from the roster a few weeks ago after a shaky start to Stage 2. Mochila is a CoD veteran who has played with and captained some of the best players in the world. At last year’s Call of Duty Championship, Mochila placed top-four with a pickup team put together in the waning moments before the tournament, so he knows how to win with little practice. His skill is undoubtable, but the expert player has at times found it hard to stick with teams due to personality differences. Nevertheless, Mochila is a top-class player with remarkable skill in game, both as a player and leader.

Miyagi, though a seasoned veteran in his own right, has had a relatively lackluster career in comparison to Mochila’s. Even this year, Miyagi has struggled to find a team to compete with, only playing competitively under an organization for one event so far. While he has had problems finding a team, this says nothing about Miyagi’s individual skill as a competitor. He remains at a high level of play, and now he has a roster behind him to show it.

Johnny and Examples were most recently seen on the tumultuous Hundred Thieves roster, which qualified for Stage 2 of the CWL in a strange fashion and followed that qualification up with poor results in the regular season. Johnny and Examples were removed from the team’s starting roster in a questionable move that left the organization, and owner Matthew “Nadeshot” Haag, under fire. Regardless, these two players are professional-calibre and will look to impress at Anaheim.

Time was running out on this team and their hopes of attending MLG Anaheim this year, but in the end, it was an easy decision for both Lethal and the players.

“I’ve known Burt ‘Don’ Hayden (CFO and owner of Lethal) and Hated (eSports Director and manager for Lethal) since Black Ops II, so that’s why we went with Lethal,” Miyagi said. “We’re really confident with this squad even though we barely had time to practice. I know my teammates are good on LAN, and we mesh really well.”

The Lethal organization has been involved in Call of Duty for some time, housing numerous amateur and up-and-coming teams. Their other squad going to Anaheim this year consists of Recover, RJay, VaLor, and Clutchery.

“We here at Lethal Gaming are extremely pleased with the new roster and proud of the work done by Burt Hayden,” Ed Hammer, founder of Lethal Gaming said. “Burt works extremely hard and does an amazing job.”

The organization has high hopes for both of their teams going into Anaheim, but we will have wait and see how they perform on LAN.

What do you think of Lethal’s teams? How well will they perform at Anaheim? Let us know in the comments below or on our Twitter @GAMURScom and be sure to follow us to stay up-to-date on all of your eSports needs.

Spencer Hester can be contacted by email at [email protected]m or on Twitter – @SpenceGAMURS.