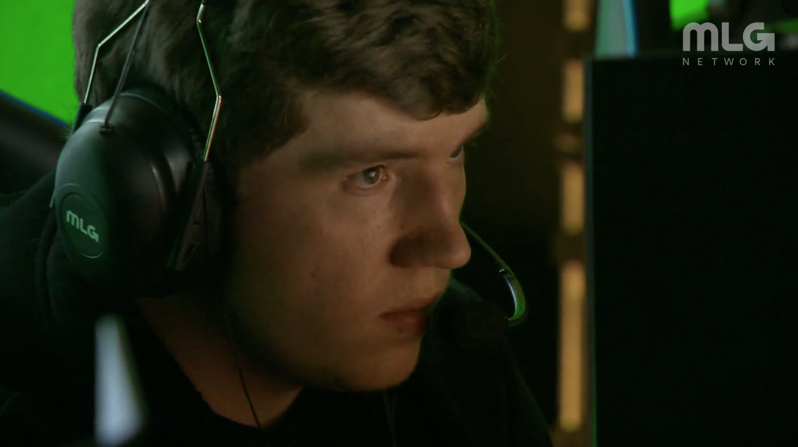 One of the biggest surprises from last weekend’s Call of Duty World League LAN event was Conquest Esports.

But they didn't just make the group stage—they put up a good fight against some top teams from the CWL Pro League. Playing in Pool D, Conquest made OpTic Gaming earn a hard-fought 3-1 series win, and then they beat Splyce 3-2 by showing their Search and Destroy prowess. They were eventually sent home with a top 24 placing, but this was still a breakout event for all of the players on Conquest.

Kismet was one of the shining stars on this relatively-unknown Conquest Esports roster. Most notably, he finished with the 17th best Search and Destroy kill-death ratio at CWL Anaheim out of the 64 players ranked by CoDStats. He also showed off his potential in the respawn game modes, highlighted by a 37-kill performance that led the lobby in Conquest's first map against OpTic Gaming on the main stage.

Dot Esports spoke with Kismet about Conquest's performance at CWL Anaheim and what the future holds for him and his teammates.

Can you provide some background information on yourself and your gaming career up to this point?

Kismet: For my past gaming career, I haven't done a whole lot besides what a lot of people know me for, which is SnD in Black Ops III. I played with Colt "Havok" McLendon a lot, winning the 12K two-vs-two SnD tournament with him, which was my first glimpse of fame (if you can call it that) and I just took that opportunity to the moon, playing with him, winning countless tournaments, then meeting new players, playing with all different pros to just really make a name for myself. But the age limit restriction hit, and leading into Infinite Warfare, I took a year off from CoD to focus more on school and my life leading into WWII, where I wanted to start competing again.

Obviously the community was pretty surprised to see Conquest beat Lightning Pandas to make it into pool play. How do you think you guys were able to get the job done and survive the open bracket?

The open bracket isn't easy by any means. There are so many talented teams in the open bracket, which is why you see some players lose early because best-of-three series can sometimes be a little flukey, allowing different teams to win different times. And more than half of the teams in open are usually very talented teams with talented players or former pro players. We came into the event knowing our SnD and CTF game was very, very strong and Hardpoint was our weaker game mode since we only had five days of practice prior to Anaheim. So we came in and just got the job done in those two game modes, and if a team slipped up on the HP, we would just punish them even more—and that's what LP did for pools. We took maps two and three, giving us the 2-1 lead going into the second HP. They slipped up, allowing me to go 38-19 (I believe) and get multiple sets of streaks, leading to our 3-1 victory over LP.

You put up a great fight against OpTic on the main stage. What was going through all of your minds during that matchup against the Green Wall?

Honestly, it was just another series for us against OpTic. We knew that we were going to be playing in front of tons of people, but the nerves didn't get to any of us. Our communication was good and, just like I said, it was another series for us. We played our hearts out, taking the game mode we knew we would take (the SnD), and unfortunately, we lost the CTF to an unfortunate spawn. We knew if we took that map, we would've probably won game five, but when we lost, it was all GGs. We took a lot away from the series and had fun with it.

Then you guys took down Splyce. How do you think you were able to beat a squad that went on to earn a top 12 placing?

Splyce was a good team. They were the one team to fall to us in pools and the way we won was by beating them in both SnDs and the CTF—the same way we should've won every other series because our HP game struggled due to the lack of practice. But Splyce was the one team that slipped up and let us punish them with our best game modes, and the same should've happened to OpTic and Envy. The only team that was a toss up was coL since their SnD game was strong. They had a weak CTF, which we beat them on, and their chemistry for HP was just a little too much for us to handle. But Splyce was a talented roster, they just slipped up and allowed us to punish them.

Unfortunately Conquest weren't able to go on a run after pool play, but overall, what are you going to take away from your experience in Anaheim?

Just that we had fun and finally accomplished one of our dreams to make pools and play on main stage. Not many people can say they also got to play OpTic on main stage and put up a fight against them. We definitely know our potential and I'm sure you will see more of us in the future.

Grvty tweeted about the Conquest lineup breaking up, so what does the future hold for you and your team heading into the LCQ and Champs?

Yeah, unfortunately we didn't have enough pro points to make the LCQ leading into Champs. The four of us looked at spreadsheets, did all of the math, checked every possible situation, and it just wasn't gonna cut it. So we all have this group DM chat and basically explained it's not gonna be able to happen. But at the end of the day, we're all close and want each of us to succeed. Therefore, we're all looking for teams for the LCQ that might be able to get us to Champs, even if we're on opposite teams. We all agreed that come Black Ops 4, we'll reunite as a team as long as none of us have any offers we simply can't refuse.

After such a breakout event in Anaheim, these four players will try to find any way to compete in next month's $1.5 million Call of Duty World League Championship. But as Kismet said, they hope to reunite in 2019 for the Black Ops 4 season.