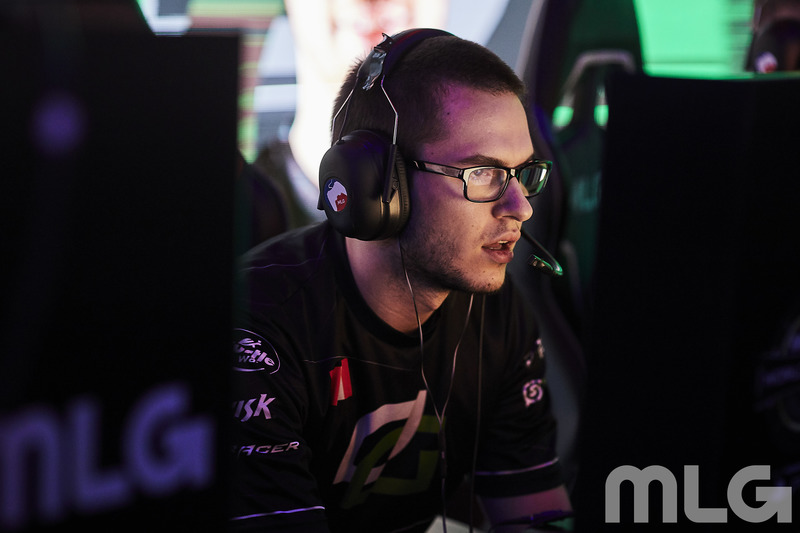 One of the most successful players in competitive Call of Duty history won’t be competing throughout the rest of this year.

After being replaced on OpTic Gaming’s Call of Duty roster, Damon “Karma” Barlow revealed on his stream that he won’t play the remainder of the WWII season.

OpTic has struggled so far in WWII, which led the Green Wall to alter its roster earlier today with the additions of Sam “Octane” Larew and Anthony “Methodz” Zinni. Octane and Methodz will represent the Green Wall alongside Seth “Scump” Abner and Ian “Crimsix” Porter in place of Karma and Matthew “FormaL” Piper.

After OpTic aired Vision to reveal its new roster, Karma went on stream to talk about his future in competitive Call of Duty.

“For the first time in 10 years, I’m not gonna play the rest of a season,” Karma said. “And what I said before, the scariest part about it is not many people come back.”

Karma reiterated that he wants to return to competing and he thinks he could have played out this year, but “there were a lot of variables” that made him choose otherwise.

“I wanna play, but I decided for the better of me right now and just everything that I shouldn’t finish out this year,” Karma said. “I feel like… get me to Champs, and some crazy shit can happen. But it ain’t happening this year.”

Throughout his historic career, Karma won 23 major LAN events—including three CoD Champs titles. He also has more tournament earnings than any other player in competitive Call of Duty history: $673,600 according to CoDGamepedia.

The Call of Duty scene will be anxious to see what the future holds for Karma—and if he returns to competing next year, fans everywhere will be waiting for his first match against his former OpTic Gaming teammates.