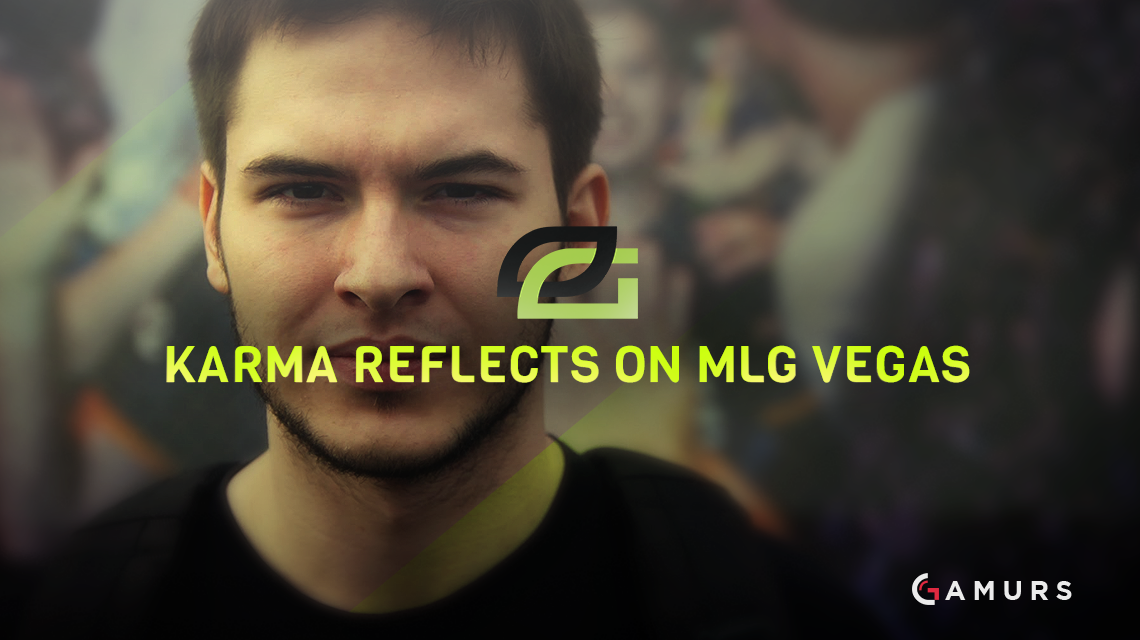 Sunday afternoon, members of the OpTic Gaming team disheartenedly wandered into the press room at the Mandalay Bay in Las Vegas, Nevada, disappointed after their loss against FaZe Clan.

But, there were several matches and days of action that led up to this aforementioned moment. OpTic began the tournament in Group B, competing alongside Rise Nation and Revenge. Damon “Karma” Barlow, Seth “Scump” Abner, Ian “Crimsix” Porter and Matthew “Formal” Piper began this tournament on Friday with a swift 3-0 sweep of Revenge, in which they won the Search and Destroy 6-0 and the Uplink 11-0.

Then, it was time to play Rise. The eventual-champions of this event played a great series against OpTic, as every map in this match was extremely close. Rise won the first two maps, but OpTic answered back with two map wins of their own. In the decisive game five, Search and Destroy on Throwback, Rise emerged victorious, winning 6-4 to take the 3-2 series win.

E6 played extremely well all throughout the open bracket; well enough to the point where Mike “MRuiz” Ruiz emphatically stated that his team would 3-0 everyone in their group. Strangely enough, Ruiz was right, as that is exactly what Enigma6 was able to do.

Enigma6 began their run in group play with a 3-0 win over Rise, which gave OpTic a chance to make it out of their group, as a win over Enigma6 would put both OpTic and Rise at 2-1. But, E6 would not be stopped, as they also swept OpTic 3-0.

Enigma6 went on to sweep Revenge and take the top spot in this group, while Rise finished in second. At 1-2, this left OpTic in third place, thus sending them down to the losers bracket.

OpTic was seeded into the second round of the losers bracket, where they awaited the winner of compLexity Gaming vs. Rogue. coL swept Rogue 3-0, which set up OpTic’s final match of day two late on Saturday night. The Green Wall made quick work of coL off-stream, defeating them 3-0 to guarantee their spot in “Championship Sunday.”

On Sunday, OpTic played bright and early in the first match of the day against Elevate. This match began off-stream, but after Elevate won Retaliation Hardpoint 250-214, the Bravo stream started up about halfway through Search and Destroy on Scorch. OpTic bounced back after dropping the first map to win three straight, eliminating Elevate from Vegas with a 3-1 series win.

This win advanced OpTic into losers bracket round four, where they met up against Enigma6 once again. Enigma6 certainly scared fans of the Green Wall after taking the first map, Scorch Hardpoint, 250-131. Thoughts of a second 3-0 victory by Enigma6 over OpTic started to materialize into a possible reality, but OpTic refused to give up as they won the next three maps to enact their revenge against E6.

With this win over E6, Call of Duty fans everywhere got to witness something they had been waiting over a year to see: OpTic Gaming vs. FaZe Clan on LAN. Obviously, this series did not disappoint.

In the first map, Throwback Hardpoint, FaZe appeared to be in control for the majority of the match. When FaZe hit the 232 point mark, OpTic had just 160. But then, OpTic started to make a comeback towards the end of the map, and at one point, it almost looked like they would be successful.

On the underpass hill, FaZe reached 246 points before scorestreaks from Scump saved the day. FaZe was able to squeak out two more points from that hill before OpTic took the rest of the time and rotated over to the baseball field. OpTic held off two pushes from FaZe, but with no time left to spare, FaZe made one final push into the baseball field hardpoint, taking map one 250-238.

This intense hardpoint was followed up by an even more intense second map of Search and Destroy on Retaliation. Rounds were traded back and forth, leading to a 4-4 tie heading into round nine. FaZe then went up 5-4, but a strong offensive push from OpTic tied the game up at 5-5 to force overtime.

In round 11, James “Clayster” Eubanks used his overdrive to push down A bridge and pick up first blood on Scump, as Ian “Enable” Wyatt also eliminated Formal. With OpTic now in a 2v4, Crimsix answered back by taking out Enable and Karma was able to eliminate Dillon “Attach” Price to level the playing field. Crim then took out Tommy “ZooMaa” Paparratto, leaving Clay in a 1v2 situation. Trapped in a corner, Clay was able to eliminate Crim, but Karma jumped in to save the day and secure the 6-5 map two victory for OpTic.

With the series now tied at one game each, map three was set to be Throwback Uplink. This game was a defensive battle, but OpTic was able to go into the second half with a 2-0 lead, thanks to a dunk by Crimsix.

The second half, however, was an entirely different beast, as both teams slayed around the ball, trying to set up map control. Two minutes in, Karma got another dunk for the Green Wall to give OpTic a 4-0 lead. But, from this point on, it was all FaZe. ZooMaa immediately responded to Karma’s dunk with a one point throw, and moments later, Attach dunked in the drone as well, shrinking OpTic’s lead to 4-3.

Twenty seconds later, FaZe almost tied up the game, but Crimsix took down ZooMaa just before he was able to throw the drone into the portal. For the next two minutes, both teams just battled around the map for control, but finally, with 25 seconds left, Clayster picked up the drone just sitting in barn. Clay threw the ball towards baseball field and FaZe was able to take out all four players on OpTic. Clayster used his overdrive to take the drone and dunk it in with just four seconds remaining, giving FaZe the close 5-4 win, as well as the 2-1 series lead.

Game four of Breakout Hardpoint was yet another close game in this series, and OpTic was leading 207-202 heading into the cell block hardpoint. But, FaZe was able to take every second of time in this final hill, securing the 250-207 win over OpTic, as well as the 3-1 series win, to eliminate OpTic from Vegas with a top-six finish.

Obviously, OpTic came to Vegas expecting to win, but after their loss to FaZe, Karma was able to point out some positives to take away from their weekend in Sin City.

“We had a lot of good moments,” Karma said. “When we were on and hit our stride, we played well, but we just didn’t get to hit it consistently.”

In terms of preparation for this event, Karma said that OpTic was using different weapons in practice, but when they got to Vegas, they realized that they had to make some slight adjustments to their strategy.

“We went into this event playing with certain guns, but when we got to this event, it was very OSA heavy when it came down to playing the better teams,” Karma said. “I’d say that was something I don’t think many people expected, which kind of threw us off a little bit. Once we got into it, we improved obviously, but we just didn’t come out on top.”

Since OpTic was unable to attend the PlayStation Experience Invitational at the beginning of December, Vegas was OpTic’s first taste of Infinite Warfare on LAN. As such, I had to ask Karma what his thoughts were about the game on LAN compared to playing online.

“The game definitely felt really consistent and was a lot more enjoyable on LAN,” Karma said. “Like, when we played FaZe online, it was four Texas vs. four Chicago, so at times, online can be more difficult, but the game was a lot better on LAN.”

With their first LAN experience on Infinite Warfare and the FaZe series now in the rear-view mirror, Karma doesn’t think there are any major changes that OpTic needs to make moving forward.

“No, not really,” Karma said. “There were just a couple of moments where they capitalized on a little mistake we made, and that’s really how every map went.”

Although they didn’t get the result they were looking for in Vegas, Karma and the rest of OpTic will definitely be hard at work in preparation for MLG Atlanta in early February.

What do you think OpTic needs to work on in order to improve their placing from MLG Vegas? Let us know by commenting below or tweeting us @GAMURScom.