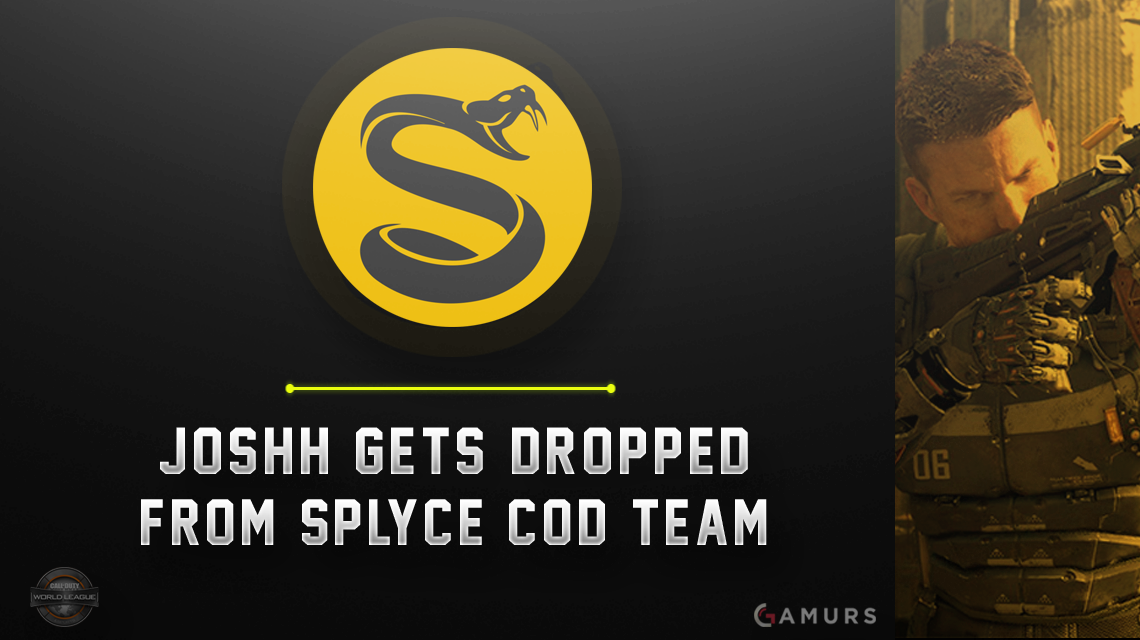 After an amazing showing at Call of Duty XP with the guys from Splyce, Joshua-Lee “Joshh” Sheppard has announced via Twitter he will no longer be a part of the Splyce Call of Duty team.

I’m no longer apart of the @SplycePro roster, good luck to them, unsure of whats next for me, will try keep you all updated, see you soon.

Joshh and his team came in second place at CoD XP, the highest ever placing for a European team at a Call of Duty World Championship. They lost to Team EnVyUs in the finals after a fantastic run.

I didn’t leave I got dropped for those wondering.

According to Joshh, he was released from the team, so we will have to wait for official confirmation from Splyce until we know more about this situation.

Joshh has been around the scene for a while, so we are unsure, as is he, of his plans for the future. Whether he will find a new team or move into an analyst role, we know he will be welcomed.

Is this the start of “RosterMania”? Let us know in the comments below and for all your updates on Call of Duty, make sure you are following us on Twitter, @GAMURScom.