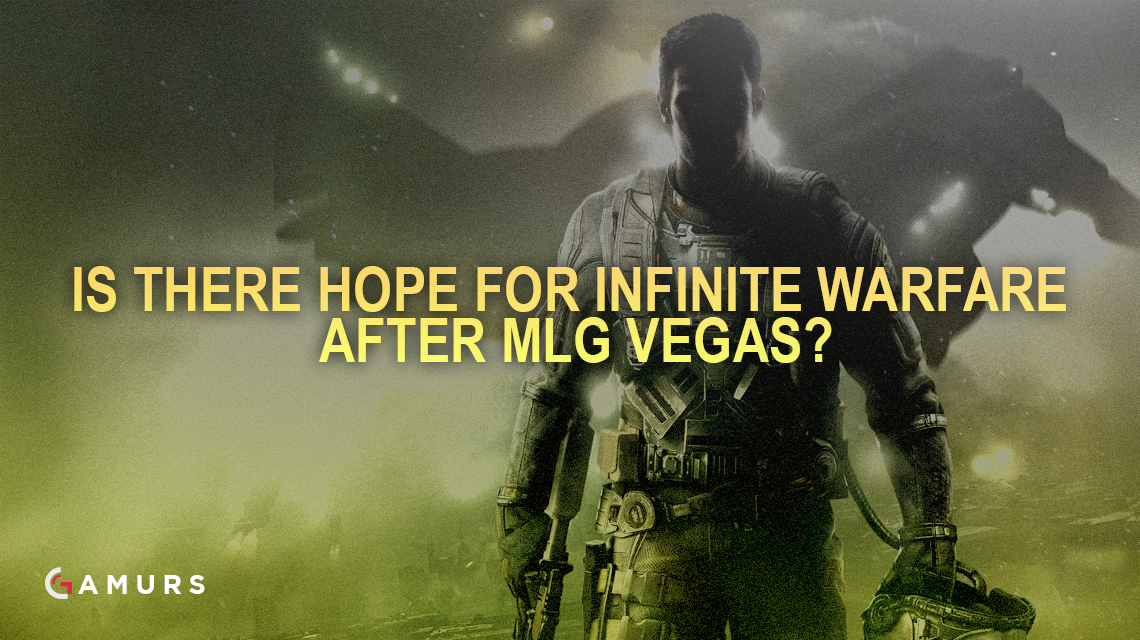 There’s always a decent piece of the Call of Duty community that absolutely adores to prophesize the end of the franchise or the end of the scene. The percentage of people who share that opinion varies from month to month, usually peaking towards the beginning of each new annual entry in the series. They point to poor viewership or the overwhelming angry numbers of fans who say they’re “done with this (insert insulting adjective here) game” or blame some person or entity for bringing the scene to its knees (e.g. developers, MLG/ESL/UMG/etc., teams or team owners). This year is no different; in fact, I was one of those people, even as recently as four days ago. The emphasis there, though, is the word “was.”

I came into this weekend cautiously hopeful. MLG did a decent job with their past few events, so I believed that – despite my general negative opinion towards the game – the event would be at least tolerable to watch as I laid in bed and shoveled food down my throat. To my genuine surprise and delight, this was one of the most enjoyable events I have watched in a long time, and even more surprising was the entertaining nature of the game itself. The gameplay was clean, well-paced and exciting, which made it easy and addictive to follow and understand what was happening as the matches progressed. I was very cynical about Infinite Warfare going into this event, but after seeing how well the competition played out in this game, I think I’m ready to trust the developers a bit and see where this game takes us in the world of esports.

Of course, it’s not perfect. While the game is indeed competitive, there is still quite a bit of balancing to be done in the game. With that in mind, it’s still only a month after release, and this was the first major event of the game’s life-cycle. I firmly believe it will get better as we advance further into the year, as Call of Duty games tend to do. I wouldn’t mind a competitive DLC map or two tossed in there as well, or an expansion of the map pool. The matches got a bit old after we watched the same few map and mode combos over and over again.

There were an unfortunate number of problems that occurred during the event, though, and I believe many of them could have been prevented. With that in mind, I’m going to point them out so hopefully someone fixes them for the future. The biggest issue for me was the choice made by MLG to not stream any of the open bracket matches, as well as a surprisingly large amount of the pro pool and losers bracket matches. That choice was maintained, even when one of the streams was available or there was nothing live. The only off-stream match that was moved to one of the streams – like so many should have – was the OpTic Gaming vs. Elevate match, and that was done after one of the games had already occurred. (They made the decision to stream it after nearly 5,000 concurrent viewers, having no other viewing option to watch their favorite teams play, tuned into a poor-quality bootleg Periscope stream done by GAMURS’s own James Mattone).

They also refused to stream the remaining open bracket matches, or any matches at all, during the late morning and afternoon of Saturday, waiting until nearly 6 p.m. EST to take the stream live for the first time. I had not seen that in over four years of watching Call of Duty esports (they also did a poor job of communicating when to expect the stream to go live on Saturday afternoon). I truly am confused as to why any of those decisions were made, and it is my opinion that they were serious errors in judgment. There were other problems with the event as well, from technical errors that went without being fixed to scheduling issues galore (among other things). However, I’ll spare you the details, as most of those were merely temporary issues or inconveniences and aren’t necessary for me to call out.

However, viewership due to MLG’s “global distribution agreement” with YouTube is another major issue that needs to be addressed. I wrote a piece about it shortly before the event, detailing my concerns and stating unequivocally that it is damaging to our scene. With it essentially being an exclusivity contract that is preventing the event from being broadcast on Twitch, the current home of esports, I estimated that it was going to lower numbers in a substantial way, and we definitely saw that effect this tournament. The reported peak was during the OpTic vs. FaZe match at approximately 70,000 concurrent viewers. That number is far lower than what was previously hoped or expected, although a bit higher than the “worst-case scenario” I outlined to some of my colleagues. My concerns are still very strong, and I am praying that the agreement does not extend beyond MLG Vegas. If it does, I do not know what the result will be, but I am not feeling hopeful.

With all of that in mind, I do want to say this: MLG hosted a decent event, and for that, they have my thanks. I greatly enjoyed the EVE platform that allowed me to watch various players’ viewpoints, the analysis and casting was decent, and the event was a success overall. They definitely have room to improve, but from everything I have seen over the past four years of watching Call of Duty, MLG has never failed to rise to the occasion. There’s a reason why they are my favorite tournament host, and I hope that their next event in Atlanta in February performs even better than this one.

I raised a question in the title of this article: Is there hope for Infinite Warfare after MLG Vegas? In my opinion, the answer to that question is a resounding yes, thanks to MLG Vegas. Was it a perfect event, or is the game perfect? No, not in the slightest, but at least in my case, this event has completely turned around my opinion of the competitive side of this game. I’m no longer cynical about how Infinite Warfare will play out in the Call of Duty esports scene, and I am genuinely excited and hopeful for what is to come over the next year.

Do you think Infinite Warfare will succeed in the esports scene? Will Call of Duty grow? Let us know your thoughts in the comments below or tweet us @GAMURScom.