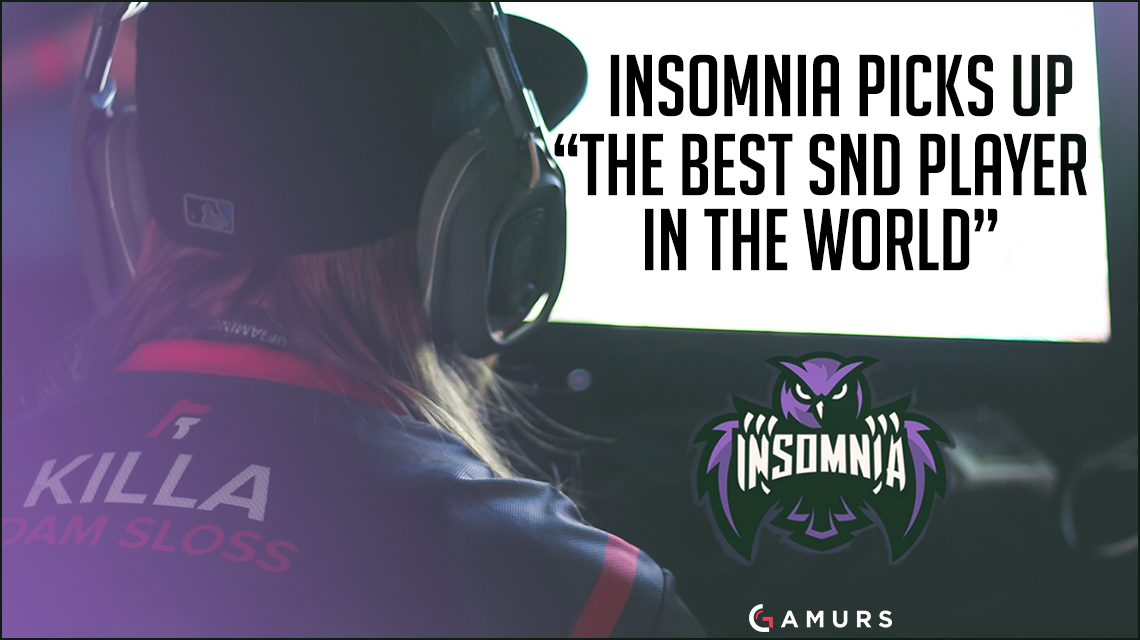 Insomnia Esports, a multi-esport organization based in Canada, has announced their first Call of Duty roster via Twitter, and it involves the “best SnD player in the world.” Insomnia is best known for their roots in the North American Counter-Strike: Global Offensive amateur scene. The trio of Adam “KiLLa” Sloss, Marcus “MiRx” Carter, and Jamal “Whea7s” Lee from Revenge will bring on Evan “Holler” Howard from Most Wanted to complete the Insomnia roster.

This power-move of a roster change leaves Chance “Maux” Moncivaez of Revenge without a squad just weeks before the next Call of Duty: Infinite Warfare event, MLG Atlanta, although Maux has been scrimming with the likes of Preston “Priest” Greiner, John “Xotic” Bruno and Anthony “DraMa” Padilla. With the dust settling after Holler leaving, Most Wanted is now officially looking for a four-man team to represent them at MLG Atlanta. Meanwhile, Insomnia currently sits in 17th place in the NA CWL pro point standings. Could the duo of KiLLa and MiRx lead Insomnia to a championship victory at MLG Atlanta?

What do you think of Insomnia’s new roster? Tell us your thoughts below or with a tweet @GAMURScom