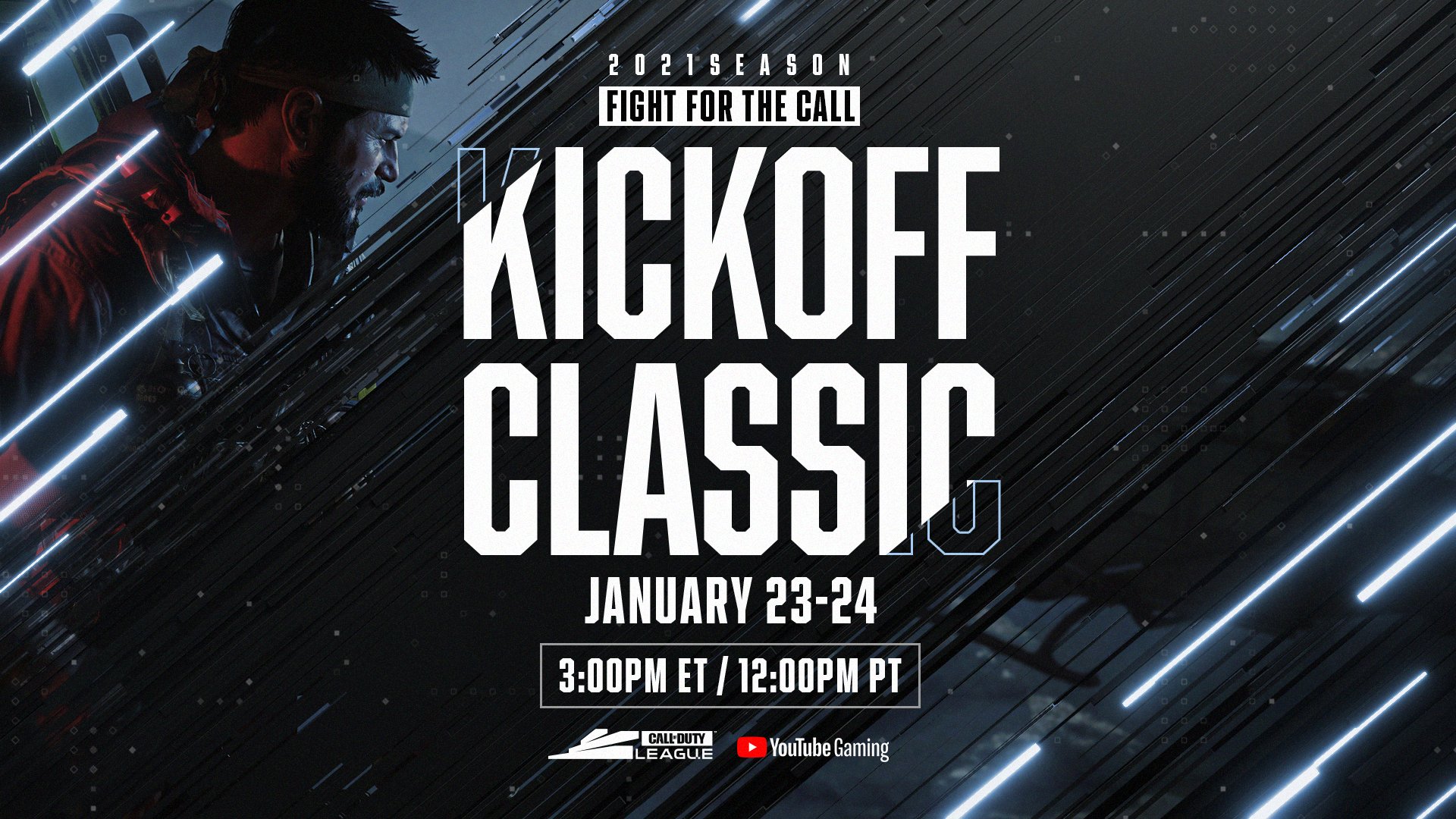 The long offseason is finally, mercifully, almost over.

The 2021 Call of Duty League season is around the corner. But before the new campaign begins on Feb. 11, the league is setting things off in a fun way with a Kickoff Classic event this weekend.

Featuring all 12 CDL teams in action, the Kickoff Classic will include six matches over two days with some juicy storylines intertwined in the games. Plus, on Sunday before the matches, the CDL will host a Group Selection Show to determine the groups and match schedule for stage one of the regular season.

Each of the season's five stages will consist of group play over the course of three weeks. Each stage will have a $500,000 prize pool and the year will culminate in the CDL Playoffs, where the league champion will take home the grand prize of $1.2 million.

Here's how to watch the 2021 CDL Kickoff Classic.

How to watch the CDL Kickoff Classic

The CDL Kickoff Classic will be broadcast on Jan. 23 and 24 on the official CDL YouTube Channel at YouTube.com/CODLeague. The matches begin on both days at 2pm CT.

The show matches scheduled include Dallas Empire vs. New York Subliners to begin the weekend in a face-off between Clayster and the team he won the inaugural CDL Championship with.

Other matches include OpTic Chicago vs. Los Angeles Thieves where 100 Thieves CEO Nadeshot will undoubtedly be looking to take down the organization that he helped bring much fortune to as a pro player.