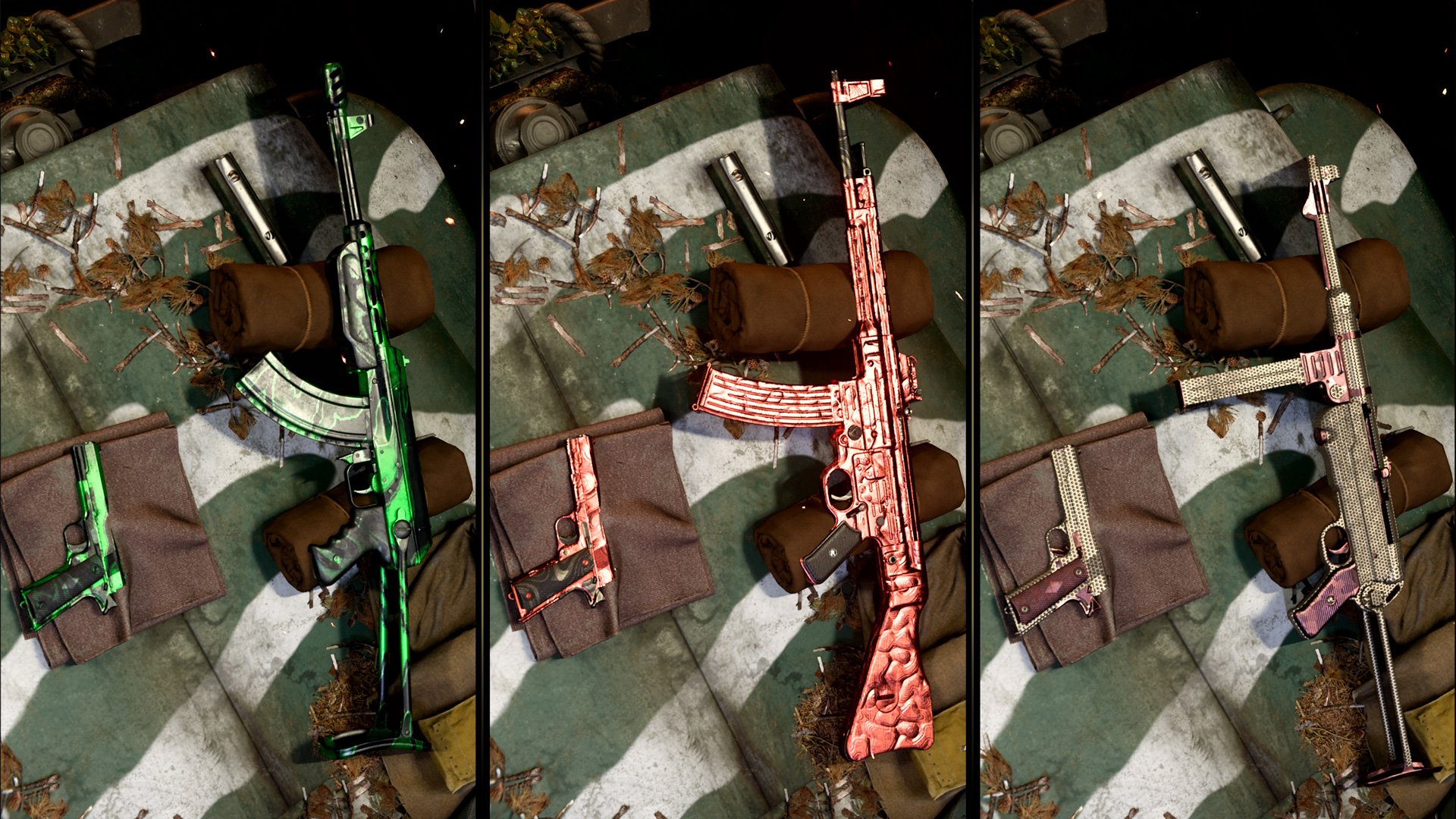 Call of Duty: Vanguard Zombies grinders who also drop into games on Warzone will be getting some fun new skins for their weapons on July 27.

The Mercenaries of Fortune Reloaded update will add new content to both games, including a new weapon, new operators, new skins, and a whole lot more. But one of the coolest new features is the ability to use Vanguard Zombies camos in Warzone.

Once the Mercenaries of Fortune Reloaded update goes live in Warzone on July 27, Zombies camos earned on Vanguard weapons can be used in the battle royale game.

The camos can be used in the new Rebirth of the Dead mode, which adds Zombies to Rebirth Island games on Warzone.

“In Rebirth of the Dead, a re-imagined version of Zombie Royale presented by Beenox, ten quads will deploy to the island, ready to battle fellow Operators, both living and undead,” said Activision. “Eliminated Operators return as zombies, intent on adding to their numbers by pursuing the remaining humans. To revive as an Operator, zombies must locate and collect four antivirals.”

Here’s how to unlock the Zombies camos in Vanguard.

How to unlock Vanguard Zombie skins in Warzone

Complete all 10 weapon camos challenges for a weapon.

Obtain Plague Diamond for every gun in each weapon class.

Once the challenges are completed in Vanguard, the camos will then be available to be applied on the same guns within Warzone.