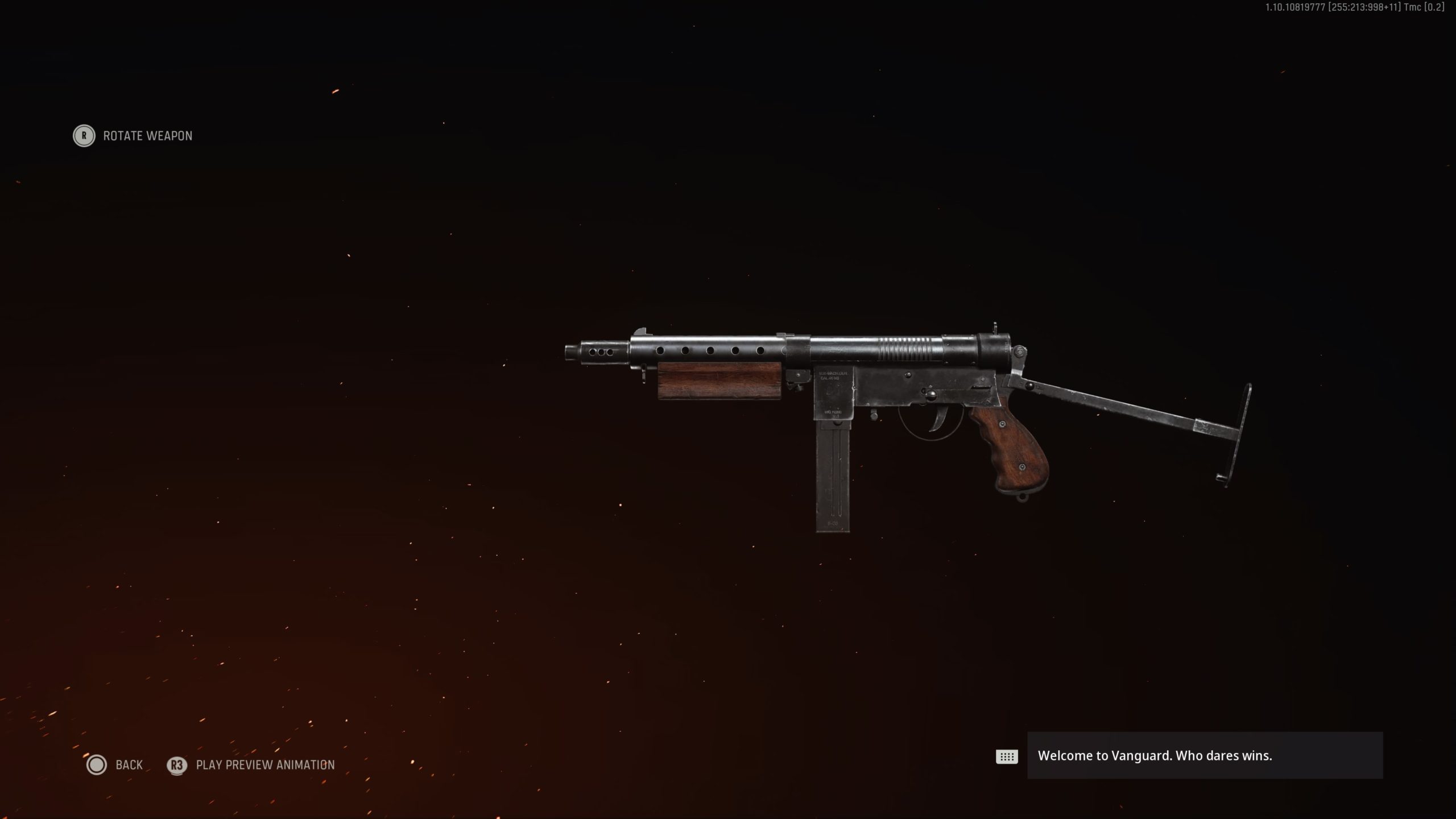 Call of Duty: Vanguard’s newest weapon is now available. The Welgun submachine gun can be unlocked with an in-game challenge as part of the season 1.5 update.

The challenge is available in-game as of Jan. 13, so it can be unlocked and used by all players in Vanguard from then on. Once it’s unlocked in Vanguard, it can be used in Warzone as well.

“Whether it is used with its standard ammo in Extra Extended Magazines, which doubles its round count per magazine, or a 48 Round Drum of .380 ammo, close-quarters specialists can make it work in their standard Warzone Pacific or Vanguard Multiplayer Loadouts, especially in large squads or higher-intensity modes,” Activision said.

The Welgun slots somewhere in between the Sten and the Owen Gun when it comes to Vanguard’s SMG options, so if you like either of those guns, you can find a way to enjoy the Welgun, too.

Here’s the Vanguard challenge to unlock the Welgun.

How to unlock the Welgun in Vanguard and Warzone

This is about as easy as unlock challenges get, but it’s quite time-consuming. It can be done quickly in the game’s Shipment or Das Haus playlists, but you’ll still need to complete 15 matches regardless, so that’s where the difficulty lies.

This is going to be way more difficult and time-consuming in Warzone, but in a mode like Plunder, it’s way easier than trying to do so in normal Battle Royale.

Alternatively, the Welgun can be purchased via the Reserved Steel bundle in the in-game store, which will be live shortly after the season 1.5 update is available on Jan. 13.