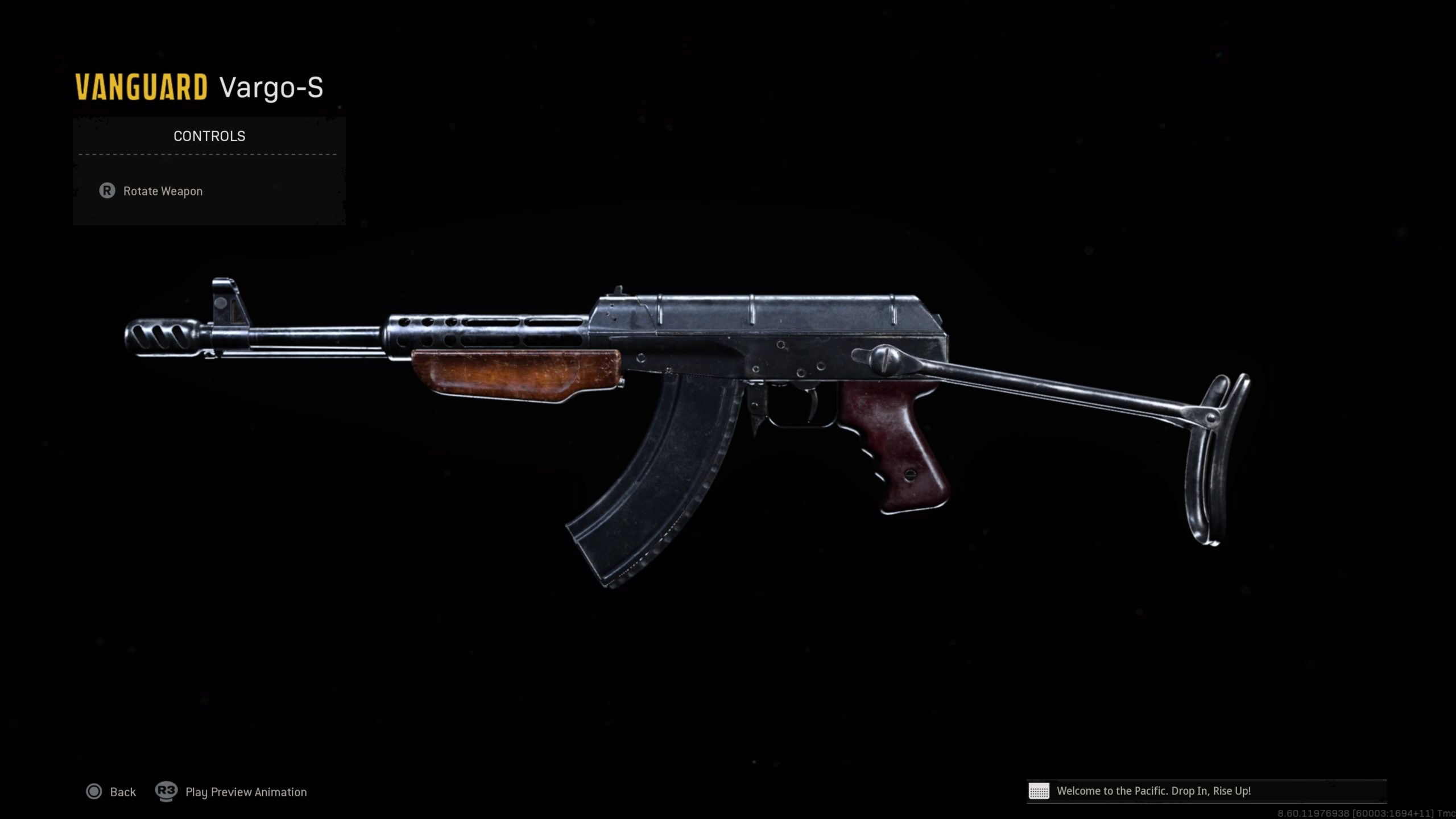 Call of Duty’s Season Four Reloaded update is now live in both Warzone and Vanguard, and a new weapon has been added to both games.

The Vargo-S assault rifle is here, and it’s unlockable with a simple in-game challenge that can be done in either Warzone or Vanguard, so whichever game a player prefers to play, it can be done. Activision said the AR, which is the fourth new weapon added during the current season, trades its firepower for accuracy and fire rate, so it should be a good option for anything but close-range encounters.

“Accuracy is king with the Vargo-S assault rifle, paired with a high fire rate for added aggression,” Activision said. “Though outclassed in power, its reliability finds success in a variety of Gunsmith configurations, from fast-handling and snappy for tight mid-range play to adding a scope and additional stability to better compete from a distance.”

Here’s how to unlock the new weapon from Season Four Reloaded’s midseason update.

How to unlock the Vargo-S in Warzone and Vanguard

The challenge to unlock the Vargo-S is about as simple as it gets:

Close Range kills are done within a few feet of enemy players. This can be done with just about any gun in either game, and in any mode. The suggested method, however, is to head into one of the small-scale playlists in Vanguard multiplayer, like Shipment or Das Haus, and just spray enemies down from up close with submachine guns or shotguns.

In Warzone, it’s best to play Fortune’s Keep or Rebirth Island. Grab your favorite submachine gun, like the Welgun, MP-40, Marco 5, or the H-4 Blixen, and wreak havoc within the smaller battle royale map’s close quarters hallways and buildings.

Alternatively, the Vargo-S is instantly unlocked by purchasing the Seven Voyages bundle in the CoD Store. For 1,200 CoD Points, the bundle includes the Fate Decider blueprint for the Vargo-S, plus a calling card, emblem, sticker, spray, charm, and one battle pass tier skip.