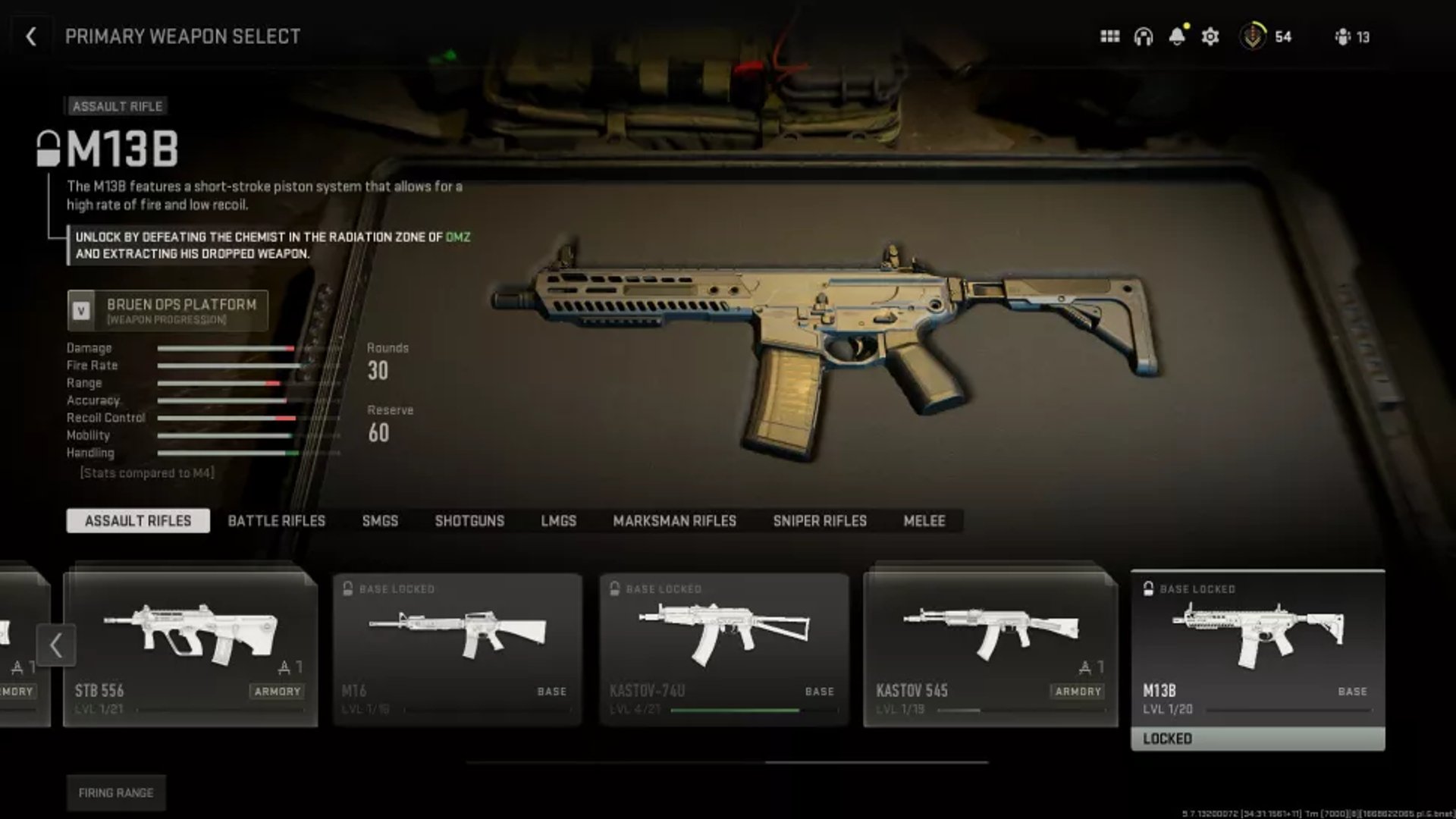 With the release of Warzone 2 comes the beta version of Activision’s new game mode, DMZ. This new game mode is still in its early development stage but is an addition to Warzone’s expansive open-world map with a new take on survival. DMZ offers a wide variety of new gameplay mechanics and aspects of the game that transfers between Warzone 2 and Modern Warfare II. One of these is the addition of the M13B, which is a new assault rifle that can only be unlocked through playing DMZ.

To unlock the DMZ the traditional way, a player will have to locate the radiation zone in DMZ’s Al Mazrah. The zone will be indicated on the tac map as a large yellow circle. Within this circle is where the chemist is located which is who the player needs to defeat to receive the M13B blueprint. The chemist can be identified by his yellow hazmat suit, which is different from all other characters and will be heavily armored alongside multiple armored bodyguards. Once defeated the chemist will drop one blueprint for the M13B. Whichever player has this blueprint on them when exfilling will unlock the gun permanently, but that isn’t the only way to unlock the M13B in DMZ.

How to unlock the M13B without defeating the chemist

Once-dropped players can then immediately exfill afterward that will grant the player holding it the blueprint. This glitch can be replicated multiple times to ensure all the members of the party can have the blueprint as well. It appears that Treyarch knows about this glitch but has not issued an official patch for it at the time of writing the article.