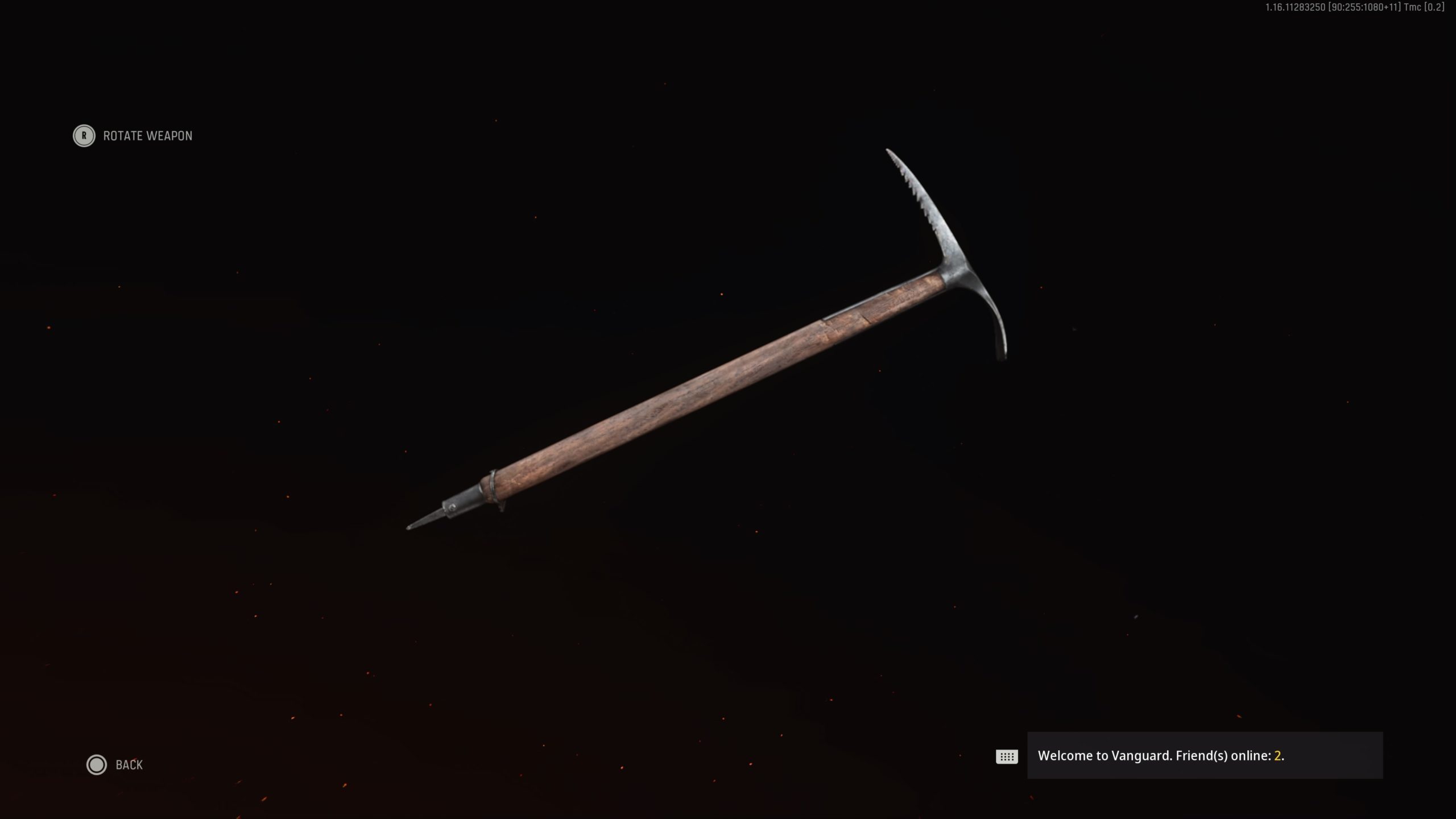 After being added to the game several months ago, the Ice Axe melee weapon is now finally unlockable with an in-game challenge in Call of Duty: Vanguard.

The Skål Crusher melee weapon is still appearing as a locked weapon in the menus of Vanguard, but it seems as though it could be a variant of the Ice Axe, considering they have the same exact function.

Here’s how to unlock the Ice Axe in CoD.

How to unlock the Ice Axe in Vanguard and Warzone

The challenge to unlock the Ice Axe is simple and is best finished in multiplayer matches in Vanguard.

As is the case with basically all unlock challenges in CoD now, you need to play a minimum of 15 matches. This can be time-consuming, especially since you need to finish the match for progress to count. You can’t get three kills and back out for a new game.

There’s a challenge to unlock the weapon in Zombies mode, too, but it’s even more time-consuming. That one requires you to use melee weapons to kill 50 Sturmkriegers, the heavily-armored zombies with miniguns.

The best way to play this out is to head into one of the small-scale multiplayer playlists in Vanguard, like Shipment 24/7, to grab the kills quickly. Once three kills are completed, play out the match as normal and the progress should count once the game comes to an end.

The Ice Axe challenge, and the weapon itself, are not yet available in Warzone, but it should be coming in the next few weeks, possibly as part of the season three update.