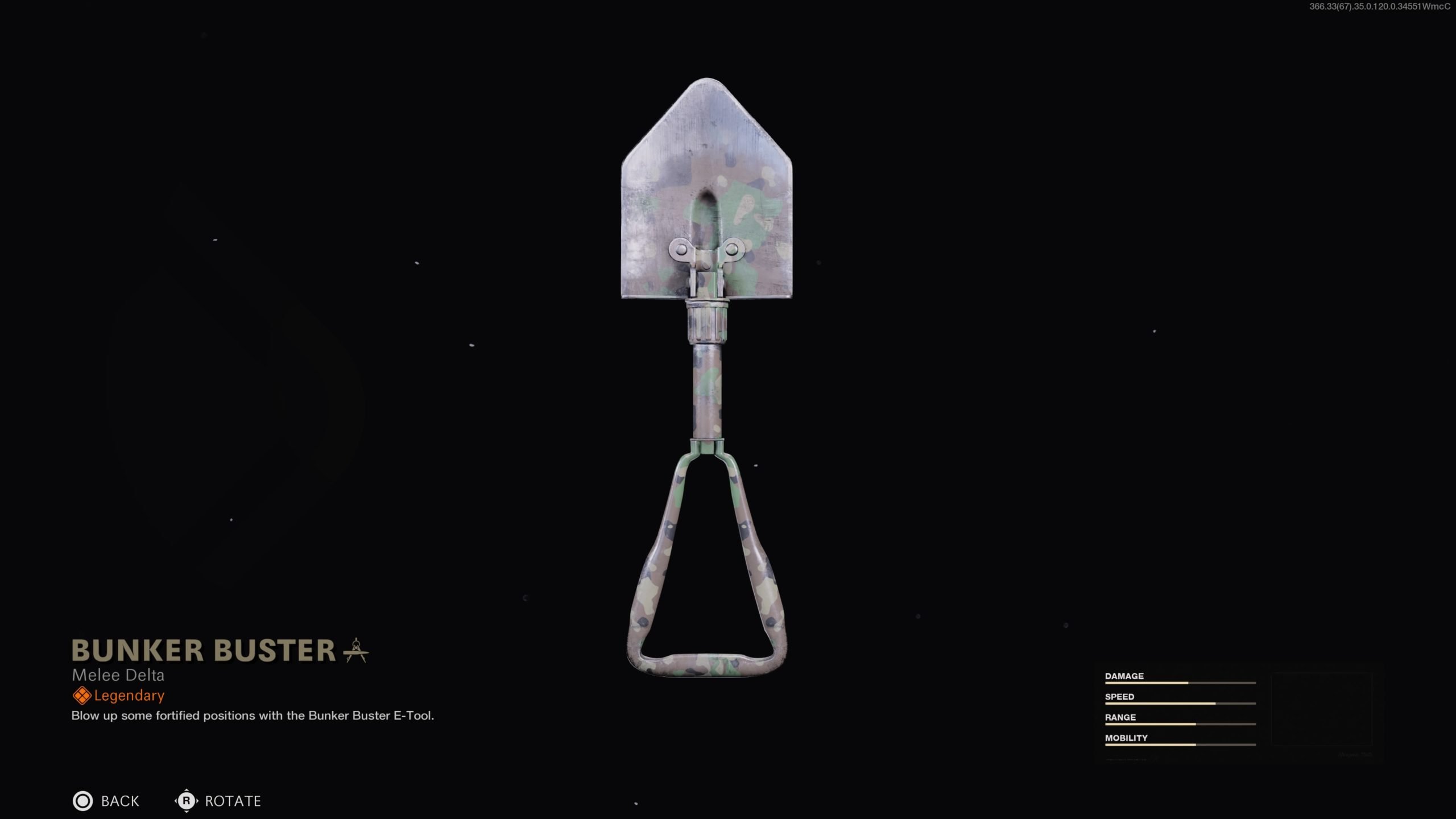 Another new melee weapon has been added to Call of Duty: Black Ops Cold War and it’s a tool that’s familiar to any soldier.

The E-Tool is an entrenching tool or a foldable shovel that's used by soldiers, hikers, and campers to help dig holes and trenches when needed. And it's also quite obviously lethal when used as a weapon.

While the E-Tool is built to dig dirt, it can also be used to dig out an enemy's skull in one of the more disrespectful ways to grab a kill in Black Ops Cold War. Like other melee weapons in the game, it's a one-hit kill.

You've all seen that guy in your pub matches getting gunned down while he's sprinting directly at people to try and whack them with some kind of apparatus. Now it's your turn.

Here's how you can unlock the E-Tool in-game.

How to unlock the E-Tool in Black Ops Cold War

To unlock the E-Tool, you must finish a challenge. The challenge is to kill three enemies without dying in 15 different matches, all while using a melee weapon.

This means you'll have to equip one of the other melee weapons, like the knife, sledgehammer, wakizashi, or machete, and get a three killstreak with it in 15 different games.

The best way to get this done is to run perks that will help keep you off of the map. Use Ghost and Ninja and run around the map to try and flank enemies and slice them before they even realize they're in a fight.

Another way to unlock the E-Tool is to buy the Tool of War bundle from the CoD Store. This bundle includes the Bunker Buster blueprint for the E-Tool, along with a skin for Garcia, a reticle, a bracelet, a weapon charm, and a ticker. It can be purchased for 1,400 CoD Points.