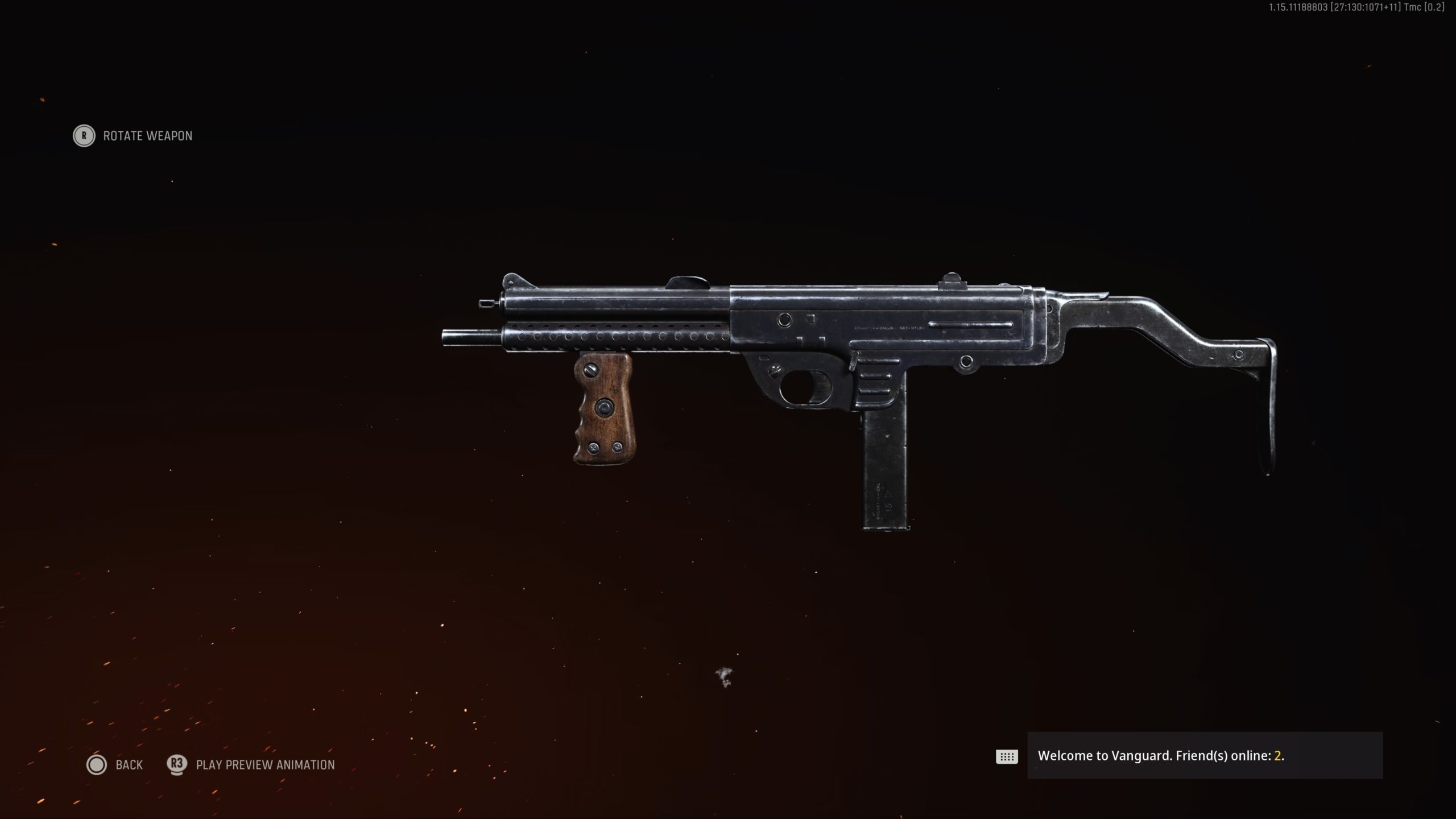 Call of Duty: Vanguard and Warzone’s Season Two Reloaded update is here, and it’s adding a new gun to its roster of weapons.

The Armaguerra 43 is a classic submachine gun, described in-game as a “very high rate-of-fire SMG” that is “effective at short to medium range engagements.” Long-range fighters need not apply, but this gun will flourish on Vanguard’s smaller maps.

This new SMG sports some pretty low firepower, but that’s easily fixed with some slight adjustments to the weapon’s attachments in the Gunsmith. The fire rate is its strong point, so if you buff the gun’s recoil control and damage by a small margin, it can be a beast in CQC engagements.

Here’s how to unlock the gun to begin tearing it up online.

How to unlock the Armaguerra 43 in Vanguard and Warzone

The in-game challenge to unlock the Armaguerra 43 is as follows:

This is quite a challenge, and it could be time-consuming. You will need to play 15 matches, minimum, to grab the Armaguerra 43 and begin unlocking its attachments. Settle in and get ready to leave your L2 button alone.

The good thing about this challenge, though, is that it doesn’t specify which weapon you need to use to get the hipfire kills. Your best bet is to rock a shotgun class on maps like Das Haus or Shipment and get 10 kills without aiming down the sights of your gun.