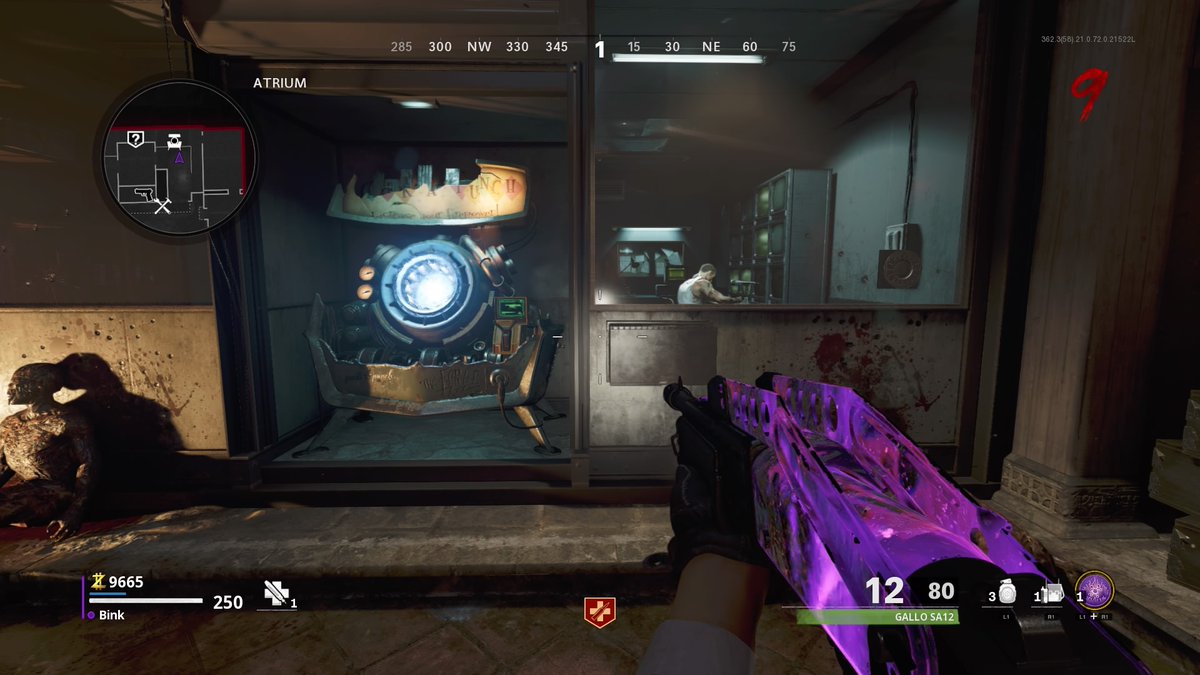 The second Zombies map in Call of Duty: Black Ops Cold War, Firebase Z, was released earlier today. It’s a free-to-play map for anyone who owns the latest installment in the Call of Duty franchise.

Following the release of a new Zombies map, most players will immediately try to figure out how to unlock the Pack-a-Punch machine so they can quickly upgrading their weapons and take down hordes of the living dead faster while they’re exploring. And on Firebase Z, it’s actually a fairly simple process.

When you spawn into Firebase Z for the first time, you’ll notice that the Pack-a-Punch machine is in the starting area of the map. But if you approach the machine, an unsurprising message will pop up telling you to turn the power on first.

To unlock the Pack-a-Punch on Firebase Z, you first need to talk to Ravenov—he’s next to the Pack-a-Punch machine in the Atrium—and then make your way to the teleporter. This portal will allow you to travel to the Firebase portion of the map, where you’ll have to turn on three Aether Reactors.

The three Aether Reactors are located in the Military Command, Mission Control, and Data Center parts of the map. It’ll cost you 500 points to turn on each reactor, and once you do, you’ll need to “protect the collection units.” Kill the zombies that try to destroy these collection units. Eventually, after you’ve eliminated enough zombies, the reactor will emit a charge to let you know it’s been activated. Once a reactor is activated, the power will be on in that area of the map.

After you’ve successfully turned on all three Aether Reactors, head back through the teleporter and the Pack-a-Punch will be ready for use in the Atrium.

Similar to Die Maschine, you can upgrade your weapon three times in the Pack-a-Punch on Firebase Z. Level one costs 5,000 points, level two comes out to 15,000 points, and level three is a whopping 30,000 points. You can also add one of four Ammo Mods—Napalm Burst, Dead Wire, Cryofreeze, and Brain Rot—to give your gun a special elemental effect. Each Ammo Mod costs 2,000 points.