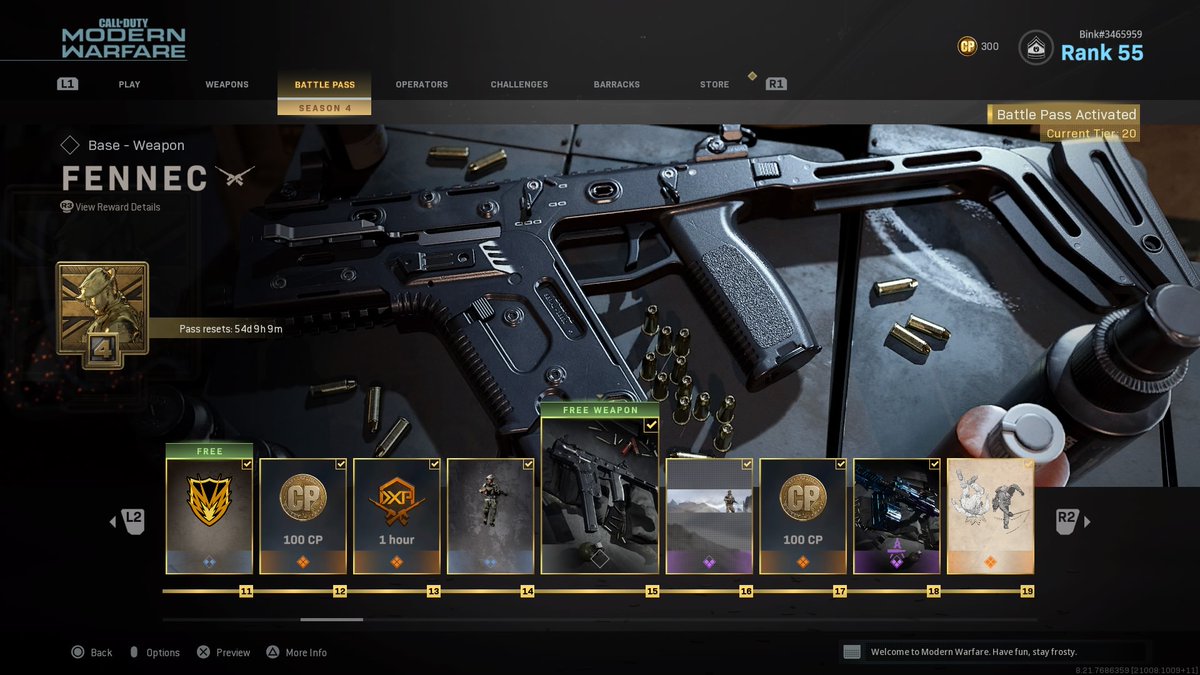 Weapons are everything in Call of Duty. A new season of Call of Duty: Modern Warfare and Warzone means new weapons and there’s two to unlock right off the bat.

Here’s how to unlock the Fennec and CR-56 AMAX and start grinding attachments and camos right away.

How to unlock the Fennec and CR-56 AMAX in Call of Duty: Modern Warfare

The Fennec will remind longtime Call of Duty fans of the Vector submachine gun from previous installments in the franchise. It’s unlocked at level 15 of the season four battle pass. It’s free to all players, so you don’t need to buy the premium battle pass to get it. But you do need to play during season four to unlock it.

You can reach level 15 just by playing the game, but you can also buy tiers for CoD Points at 100 points per tier to reach it faster. You can also buy the second battle pass option, which immediately unlocks 24 tiers of the pass upon purchase.

The CR-56 AMAX is the latest assault rifle to join Modern Warfare. It appears to be similar to the Galil from past Call of Duty titles. The CR-56 AMAX is unlocked at tier 31, so you’ll have to pay or grind a bit more, depending on what your desired route is. Either way, it won’t take too long to gain access to both new weapons that are available on day one of season four.

Now that the seasons of Modern Warfare have passed, both guns can be unlocked via in-game challenges.

Get three gunbutt kills while using an assault rifle in 10 different matches in Warzone or Modern Warfare.

How to unlock the Fennec:

Get five kills while using an SMG with the Solozero Optics Mini Reflex and Ranger Foregrip in 10 different matches in Warzone or Modern Warfare.