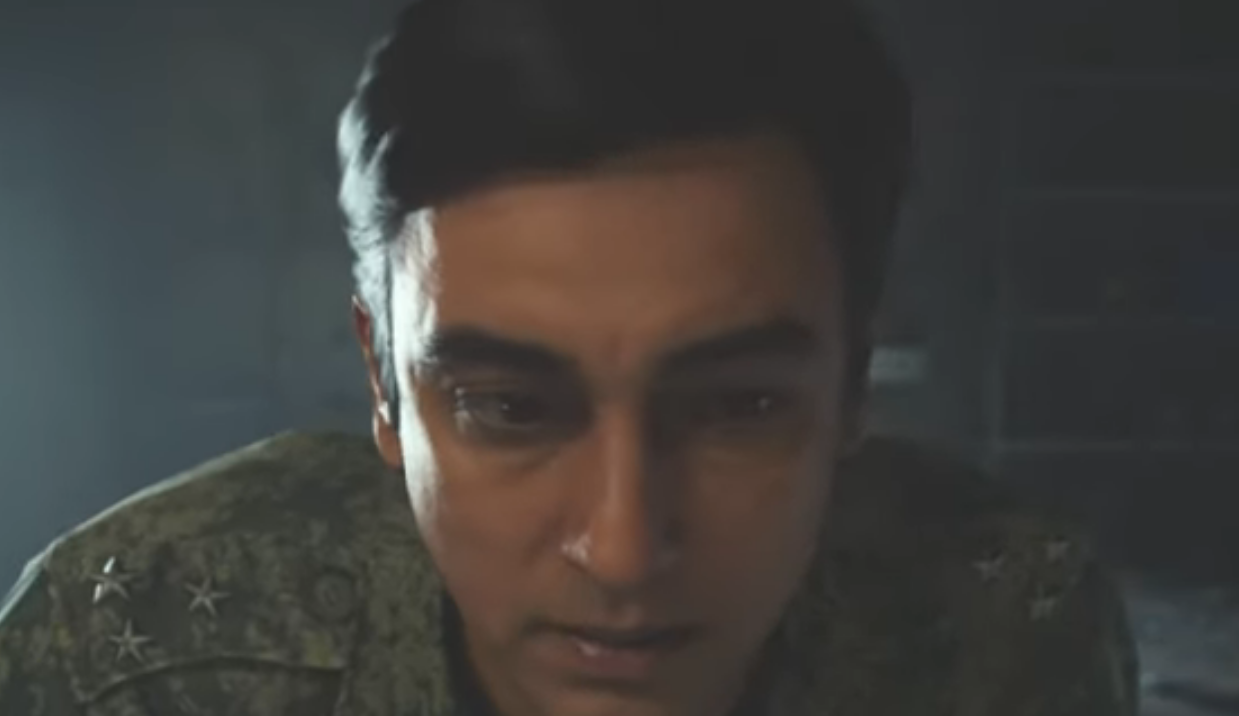 Call of Duty: Modern Warfare has a lot of unusual achievements.

One of these is “Got Something on Your Face,” which tasks players with spitting on Barkov at the first opportunity they get in the campaign. While the achievement doesn’t really explain how to do this, there’s a simple way to go about it.

During Mission 11: Captive, when the objective “Survive Interrogation” appears on the screen, you’ll walk toward an interrogation room where Barkov appears.

When you sit down, four different dialogue options will appear. This is when you’ll need to strike and complete the achievement.

To spit at Barkov, you’ll need to press the thumbsticks in on Xbox One and PS4. This will play a small animation and the achievement will appear on your screen.

You can do this on PC as well, but since there’s no achievement option on that platform, why would you?