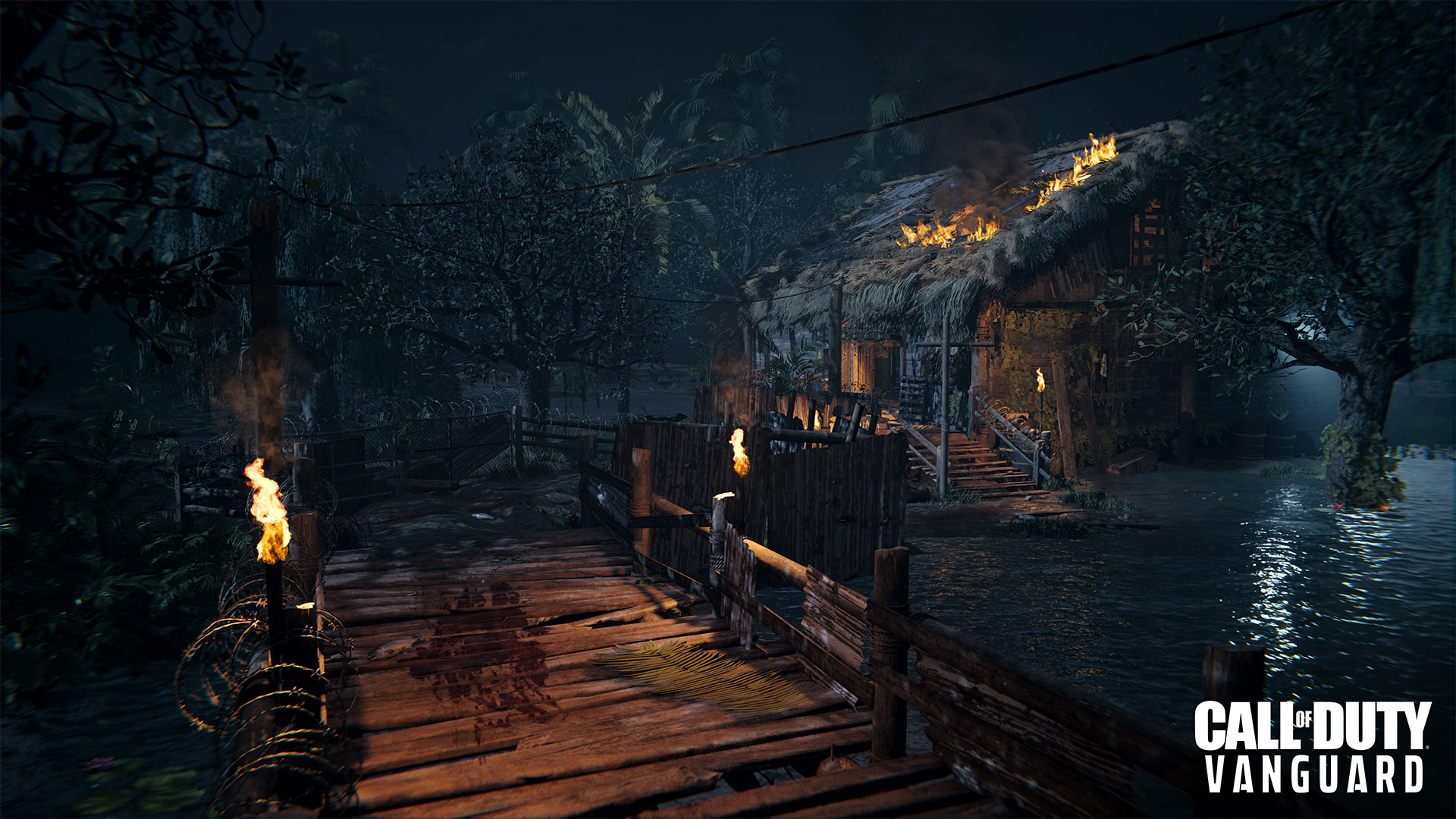 Shi No Numa, one of the original and most iconic Call of Duty Zombies maps, is now available as a remake in Vanguard. The map features mostly the same layout as the original version, although there are a couple of new areas to explore. Players can also craft the Wunderwaffe DG-2, which is one of the best Wonder Weapons that can take out hoards of zombies with ease.

Crafting the Wunderwaffe requires a few steps that can be tough to complete, but the weapon is well worth the trouble. Here is a step-by-step breakdown of how to build the Wunderwaffe in Call of Duty: Vanguard.

The first step in building the Wunderwaffe is finding the Weapon Barrel in the Fishing Hut. You’ll need to open two doors to reach this area, and the barrel can be found on the shelf on the right side of the doorway.

After grabbing the barrel, make your way to the Comm Room Exterior area and place it in an electrical box in front of the main entrance. This will prompt a short defense challenge where you’ll need to defend the electric box from zombies trying to destroy it. After defeating the zombies, the screen will flash white and you can grab the charged barrel.

Next, enter the Comm Room and interact with the charged Vacuum Tube from a shelf in the back room. Make sure to also grab the Electric Fuse on a table in the adjacent room before exiting the area.

The next step requires activating the trap in Storage Room. After a short period, the trap will malfunction and the electrical panel will open. Place the Electric Fuse in the box and reactivate the trap. After eliminating 10 to 15 zombies with the trap, a message will confirm that the fuse is now charged and you can move on to the final step.

The final step requires surviving until at least round 15, when Zaballa the Deceiver appears. Players must lure her into the War Room near the Telsa Coil and make sure her attack lands near the coil. Three successful hits near the coil will allow you to grab a Charge Vacuum Tube on the table near the coil, which is the final piece needed to craft the Wunderwaffe.

Finally, return to the Storage Room and interact with the workstation tucked in the right corner. You can now craft the Wunderwaffe DG-2 and electrocute groups of zombies with ease.

The first few steps to acquire the Wunderwaffe are easy but expect a fight on the final step. Zombies can quickly surround and overwhelm players in the War Room, so consider thinning the herd before luring Zaballa into the room. She only needs to hit the coil three times to complete this step, which can be done quickly if you stand near it.

Purchasing armor and a few perks are essential in this process, and having a Pack-a-Punched weapon can significantly lower the difficulty. Crafting the Wunderwaffe is possible in solo runs, but it’s slightly easier with a team. Additionally, leave a couple of zombies alive at the end of each round to make it easier to navigate the map and grab the necessary items.