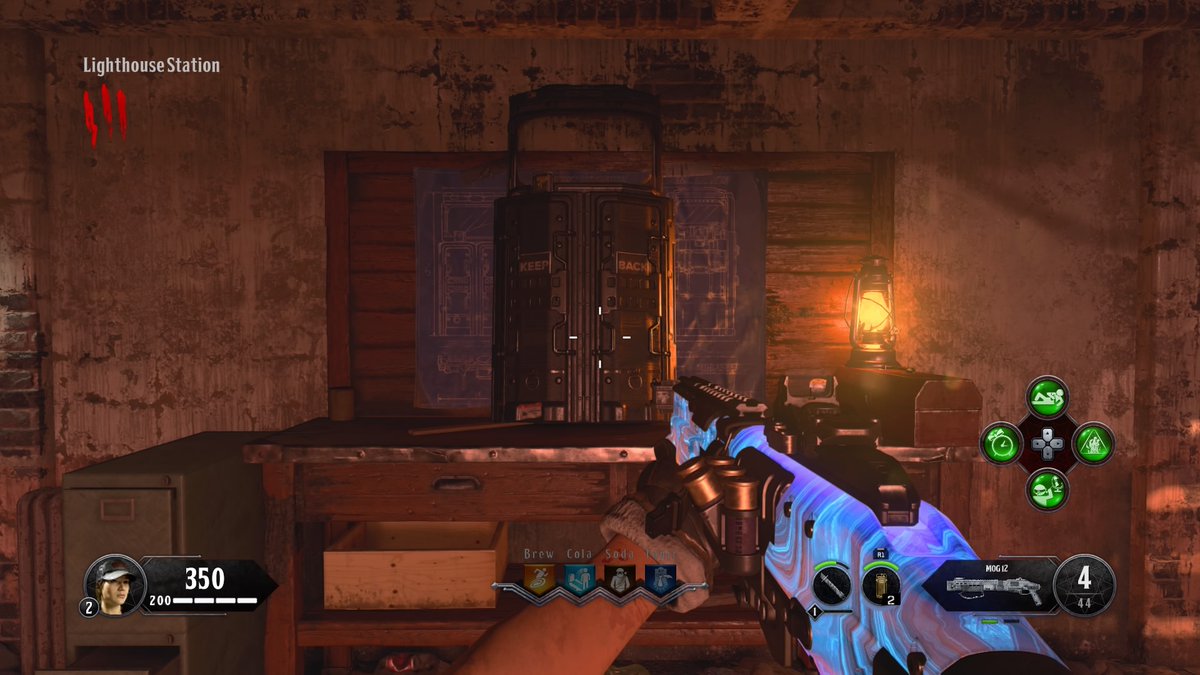 But if you’re struggling on Tag der Toten, one buildable item that can make your life in the game easier is the Riot Shield. The shield is a crucial element of most Zombies maps in recent history because it can be used to protect your back against hordes of the living dead.

Like most shields, there are three parts that you’ll need to locate to build the Riot Shield on Tag der Toten.

The first shield part can be found in one of three locations in Docks, which is the starting spawn area. It can either spawn against a tall yellow gas pump, leaning against a capsized boat, or near a snowbank in front of the previously-mentioned boat.

The second shield part will be in the area to the left of Docks. Two spawn locations are in Frozen Crevasse—it can be on the ledge to the right or on the other side to the left of the Mystery Box spawn point. The third possible location for this part is in Lagoon in the grass behind the right side of the Pack-a-Punch spawn point.

Related: How to get the Zipline Handle in Call of Duty: Black Ops 4 Zombies map, Tag der Toten

Once you have all three shield parts, head to the workbench in Lighthouse Station (Level 2) to build the Riot Shield. This is probably the best location to build the shield, but there’s also another bench in the Gangway portion of the ship across from the Lighthouse.

Overall, the Riot Shield is relatively easy to build on Tag der Toten. It also comes equipped with a machine pistol that you can use if you get stuck in a tricky situation. Otherwise, we recommend building this shield to simply protect your back.