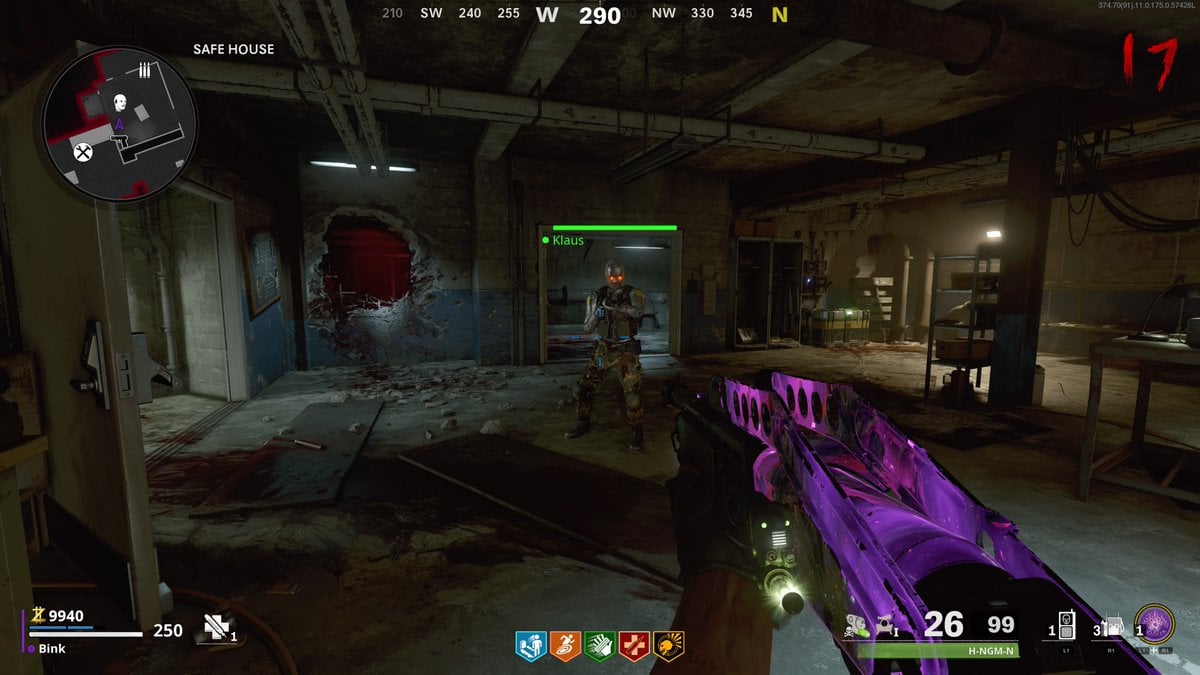 The newest round-based Zombies map in Call of Duty: Black Ops Cold War, Mauer der Toten, is now available for free for anyone who owns the game.

Mauer der Toten hasn’t even been out a full day yet, but that hasn’t stopped Zombies players from scouring the map and trying to figure out everything it has to offer. One of the unique features in Mauer der Toten is Klaus, a friendly robot that you can build to help you fight hordes of the living dead. For longtime Zombies fans, Klaus is reminiscent of the Civil Protector from Black Ops III’s Shadows of Evil.

To build Klaus, you’ll need to locate three parts that are spread across the map: the Microwave Dish, the Battery, and the Robotic Hands. It doesn’t matter what order you pick up these parts in, you just need to eventually get all three if you want Klaus to come to your aid. You also need to turn on the power to start this process.

To get the Microwave Dish, you’ll need to search some of the debris piles in the “Death Strip” areas near the Pack-a-Punch machine. Just interact with as many of these piles as necessary until the Microwave Dish eventually pops out.

Once you pick up the Microwave Dish, take it to the Garment Factory, which is located in the Korber Rooftop building where Speed Cola can be found.

Unlike the Microwave Dish, the Battery and Robotic Hands are actual parts of Klaus that you’ll have to take to his building station in the Safe House area of the map. To get the Battery, you’ll have to wait until you reach round 10, which is when the first Krasny Soldat zombie will spawn in. Once you eliminate the Krasny Soldat, it’ll drop the Battery. Simply pick it up to add it to your inventory.

The Robotic Hands part is located in Hotel Room 305, which can be found in the same large building where you placed the Microwave Dish. You’ll need to have a weapon with the Brain Rot Ammo Mod equipped for this step, though. You can get Brain Rot from the Pack-a-Punch machine for 2,000 points.

While in Hotel Room 305, use your gun that has Brain Rot equipped to “turn” one of the living dead into a friendly zombie by shooting it. The zombie affected by Brain Rot will then break down a barricade in the room, granting you access to a secret bedroom where the Robotic Hands part can be found. Pick up the part and head down to the Safe House area.

After you have both the Battery and Robotic Hands, you can interact with Klaus’ body in the Safe House to bring him to life. Immediately after you build Klaus, he’ll fight by your side for free. He only helps out for a limited time, however, and needs to recharge after a while. To get Klaus back in the fight, you’ll need to go back to the Safe House and spend 2,000 points each time you require his assistance.

Klaus also comes with a remote control that allows you to ping exactly where you want him to go. This remote control will temporarily take up your tactical grenade spot while Klaus is active.

Klaus plays a major role in the process of getting a free version of Mauer der Toten’s Wonder Weapon, the CRBR-S. So if you want to try out the new map’s unique Wonder Weapon without doing Trials or testing your luck at the Mystery Box, you’ll need to build Klaus as quickly as possible.